Yesterday, like most other days, I got up and set out in my running clothes. The whole idea was to put in a run, take a shower and get to office for all the meetings and such.
Except, I made the mistake of opening up office emails before going for the run. Looking back though, I am glad I did. For there were too many things that had happened overnight that needed my attention and decisions quickly. Weighed in “run and then work” or “work and then run”. Eventually went with the former. The challenge was that I was still in my running clothes – you know those bright ones I wear with matching shoes and all.
Ah, well, I figured if I can reach office very early and get cracking, I should be able to finish in a couple of hours and then go out for a run before anyone showed up at office. And none would be any the wiser.
Like all of those best laid plans of mice and men, five hours later I was still ploughing thru work. The calls had started – and worse, the scheduled video conference calls (thankfully, all were internal) started too. And there I was – in the most ridiculous Friday dress down day clothes you can ever show up in office with 🙂 In fact, I had to explain to all the folks at office when they came in lest they thought I was off my rocker. Well, any more than they already think 🙂
The good news is that eventually around lunch time I had an hour gap – long enough to put in a quick 5K and then shower in the LA Fitness and resume work. The bad news is that I had to run in those hard concrete sidewalks (ouch) under the noon sun.
At least I was far more presentable during the video calls of the afternoon. And since this is me we are talking about, even that was only relatively speaking 🙂 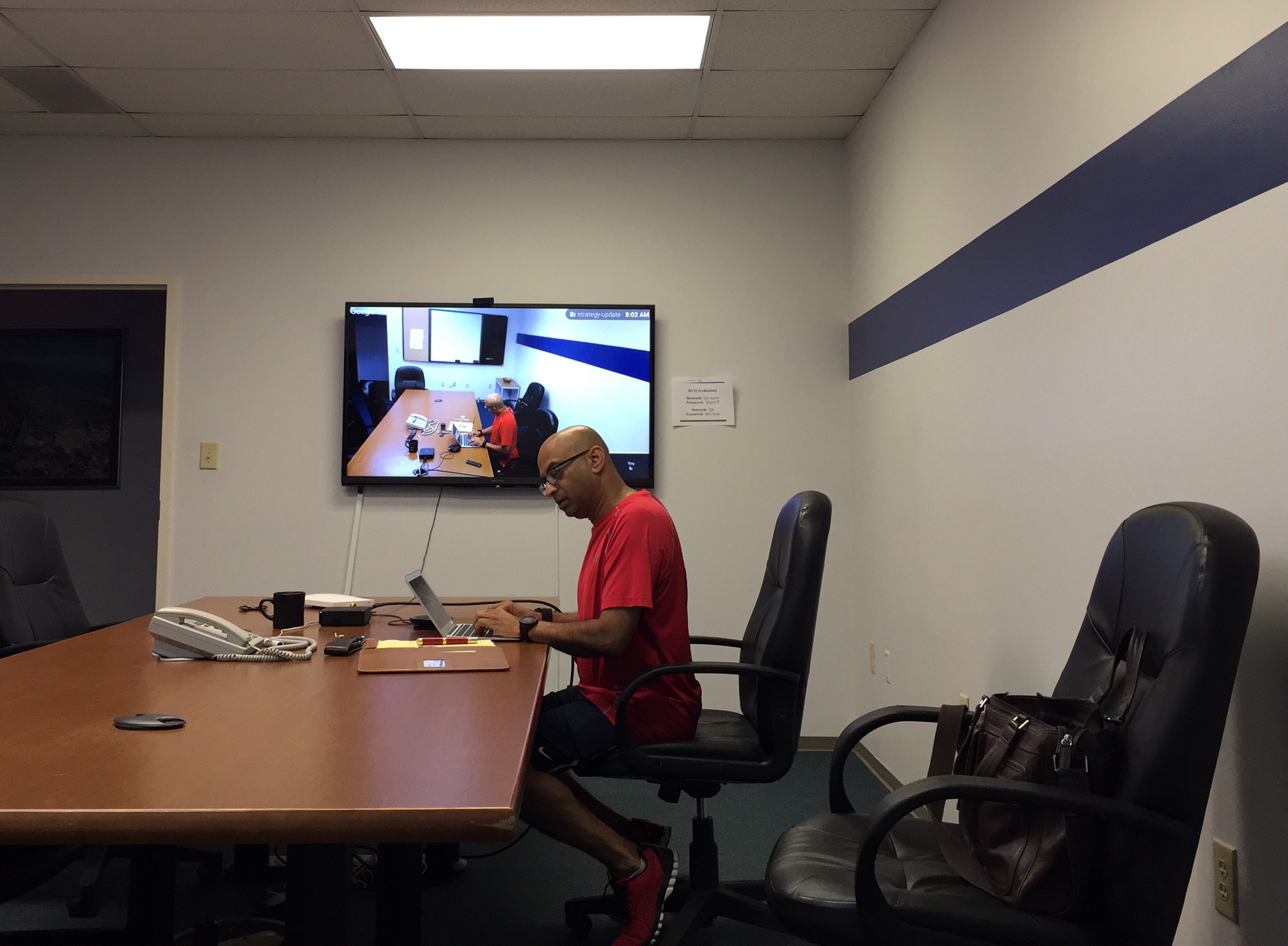