From the bartender’s corner – Summer Breeze

Btw, I noticed that my running shirt, running shoes and my cocktail matched in colors today 🙂 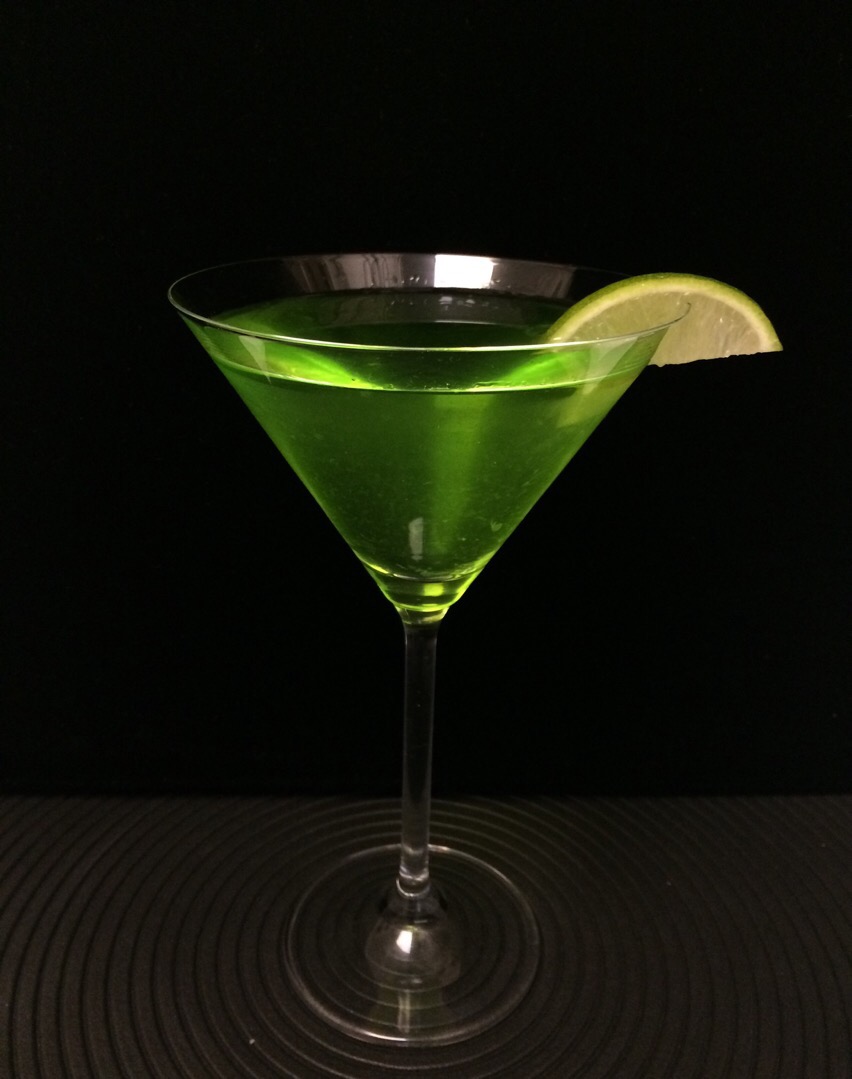 Trying to build back stamina for long distances… 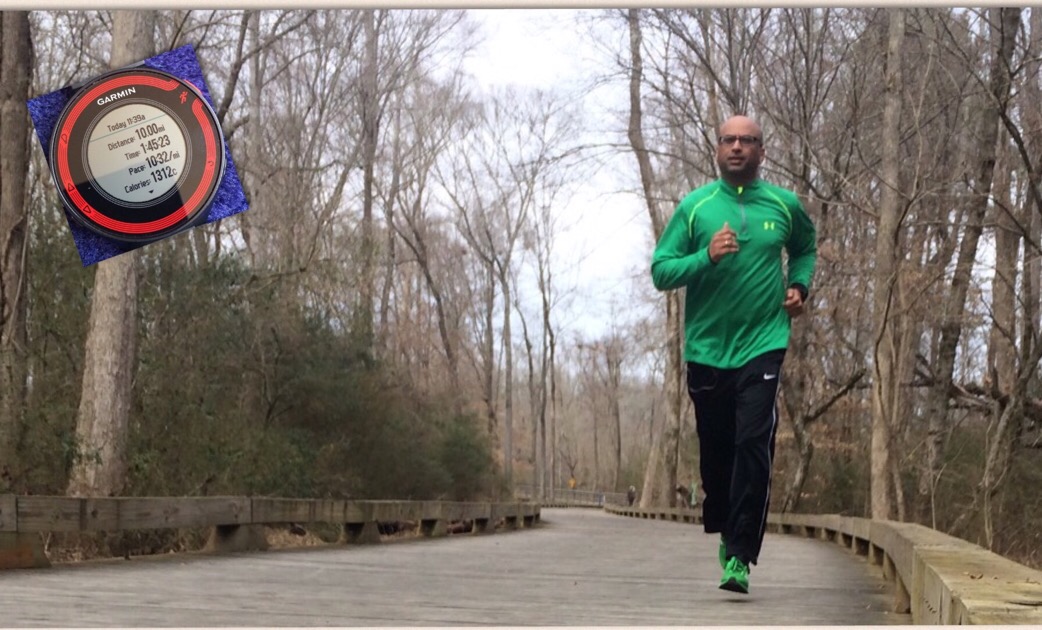 Death, be not proud…

The alarm clock shook me up early in the morning. Half sleepy, still in bed, I was scanning quickly the mails and messages on my phone to check on the important items of the day. It was a FB message that completely shook me out of my bed.

Many hours later, I am still trying to process the news. It has been a whirlwind of emotions. Often my mind goes back to the king snake. That my father in law saw in our property when he was visiting us. That led him to recoil. And lose balance. And fall. And break his hip. Without that I would have never taken him to my brother in law’s house in Kharagpur after I accompanied him back to India. And without taking him there, I would have never realized “Oh! this is an hour away from Midnapore. Maybe I should visit Sibapriya and his parents!!”.

That was barely six months back. His dad was frail and was not in a physical or psychological shape to hold a conversation down with me. He could barely even recognize me from nearly thirty years back when his son and I used to go to the same school in white shirt and grey shorts. But I took a lot of pictures of him.

And the FB message was essentially to let me know that those were the last pictures I would ever have of him.

It is that finality of death that intrigues me and befuddles me. I know I am not supposed to be sad at death. I realize that death is a part of life. If I accept existence, I have to accept lack thereof. I recognize that I ought to celebrate Sibapriya’s dad’s life. Coming from the humble beginnings that he had, what he made of himself is something to be emulated. That he has raised a child as kind, humble and successful as Sibapriya is something I want to say about myself someday reflecting on my children. I get all that. I know that achievement is to be celebrated. And I do.

But it is that lingering…. “yes, but”…
…. I cannot barge into his house one more afternoon just to have a coffee….
…. I cannot go to his bedroom and ask him to sit on his bed so I can take a few more pictures…
…. I cannot ever say to him again “Porer baar abaar dekha hobey. Tokhon bosey aaro golpo hobey”. (“Next time I will see you again and we will sit down and talk about some more stories”)
…. like I did in September

It is that even small ray of hope that death absolutely extinguishes once and for ever….

For all that, I will take his limited life on earth any day. Without that, I would have never had a friend called Sibapriya in my fifth grade.

And that is the lasting legacy he has left for me…. 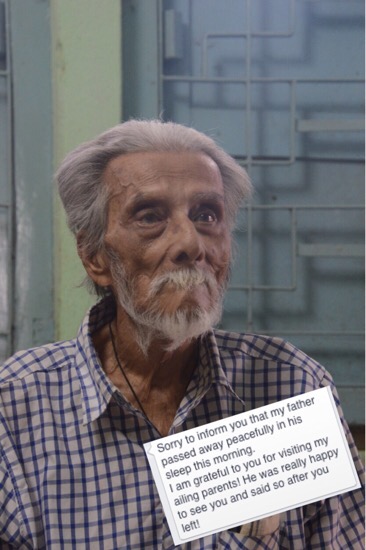 Category: Musings | 19 Comments on Death, be not proud…

Whoa! What the heck happened?

This will knock your socks off. I found this on the internet.

Look at the picture on the top. If you do not believe the rest of the puzzle, take a printout on your printer. Now divide the picture horizontally as the line in the middle shows. Look at the top half. Divide it into two parts as the vertical line shows.

Now exchange the position of the two parts on the top. Keep the lower half as is. You get the picture in the bottom portion.

So far so good? Count the number of people in the top picture ….15, right?

Now count the number of people in the bottom picture!

Let me repeat the subject line…

Whoa! What the heck happened? 🙂 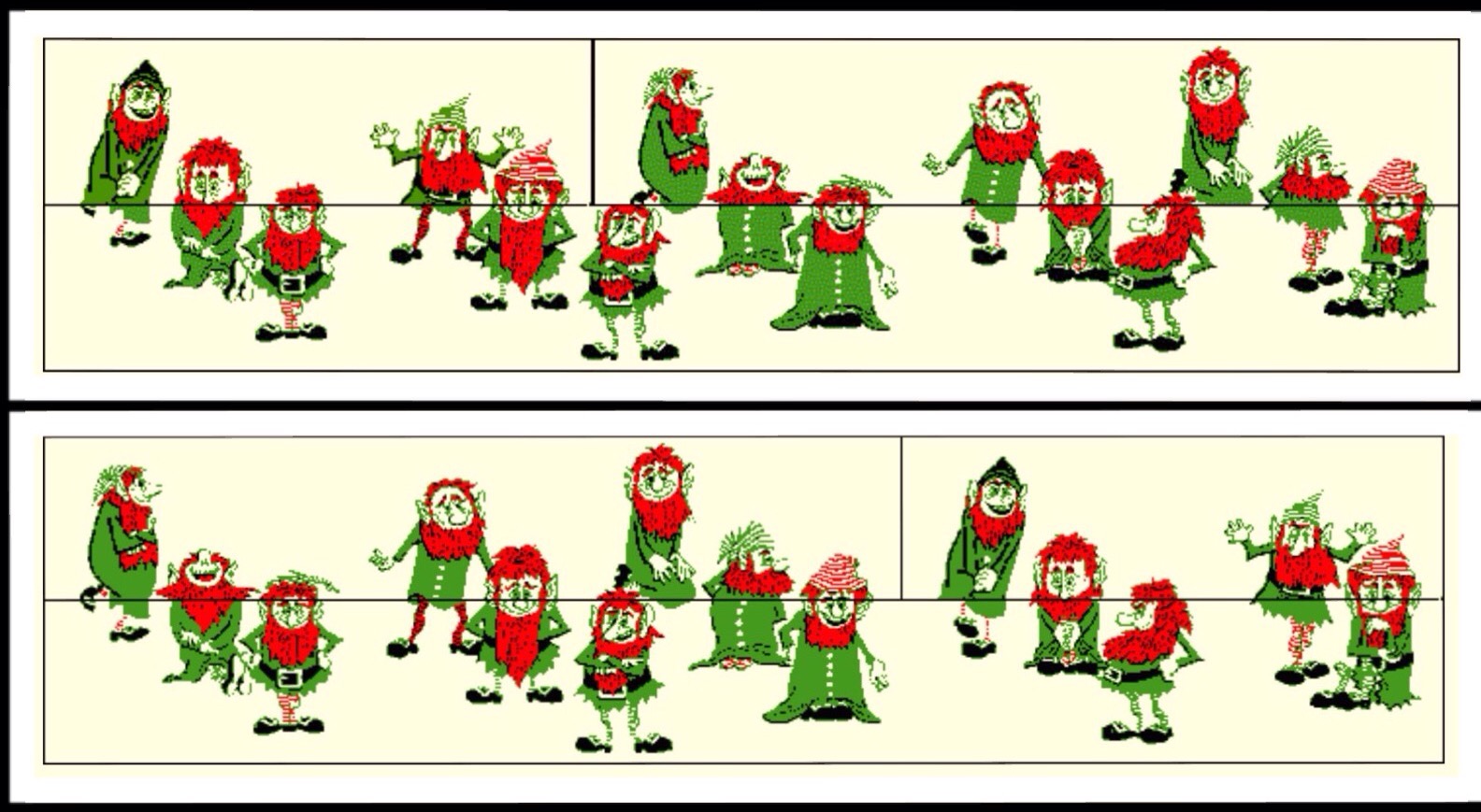 Category: Puzzles | 8 Comments on Whoa! What the heck happened?

First they told me that I have to put everything in a very few words with specified number of characters. And it is very difficult to hold the entire profundity of my thoughts in a few words 🙂
Then they said – Okay, you can put in a lot more words but you cannot put any blanks in between and you have to put a hash (#) in front.
I am totally confused. People are writing whole sentences with a # in front of it!!!
I will stay with my “Continue Reading” on Facebook 🙂

Category: Humor | 13 Comments on Why I got out of Twitter

Is there something I should know?

On my way to office, I showed Bob, our head of sales and one of the funniest guys I have come across an email that I got this morning. I have been getting emails from this site rather regularly. The site, from its name, is a matrimonial site for those who are divorced.

I asked Bob “Given the advances made in Big Data and how accurately they are making predictions, do you think I should be worried?” 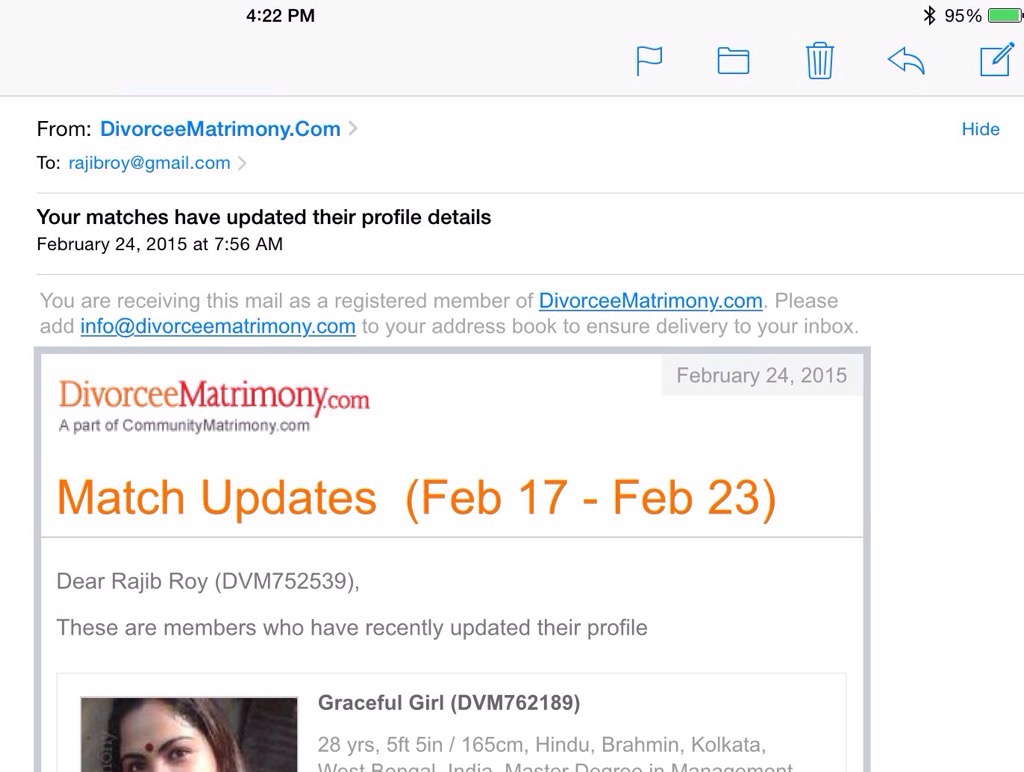 Category: Humor | 6 Comments on Is there something I should know?

Sunday evening with a lovely couple

Somya and Sridhar joined us at our Sunday night watering hole. Great time with one of the loveliest couple we know.
As an aside, the Oscars were on the TV. I have not seen much of a movie in almost three decades. So the game was every time I could name somebody on the stage, we would have to drink a round of shots.
Sadly, the bar did not sell a single shot at our table this evening 🙂 The closest I got was calling J Lo, Angelina Jolie. And I say “close” because you know both names had a “j”, “l”, “o”…. 🙂 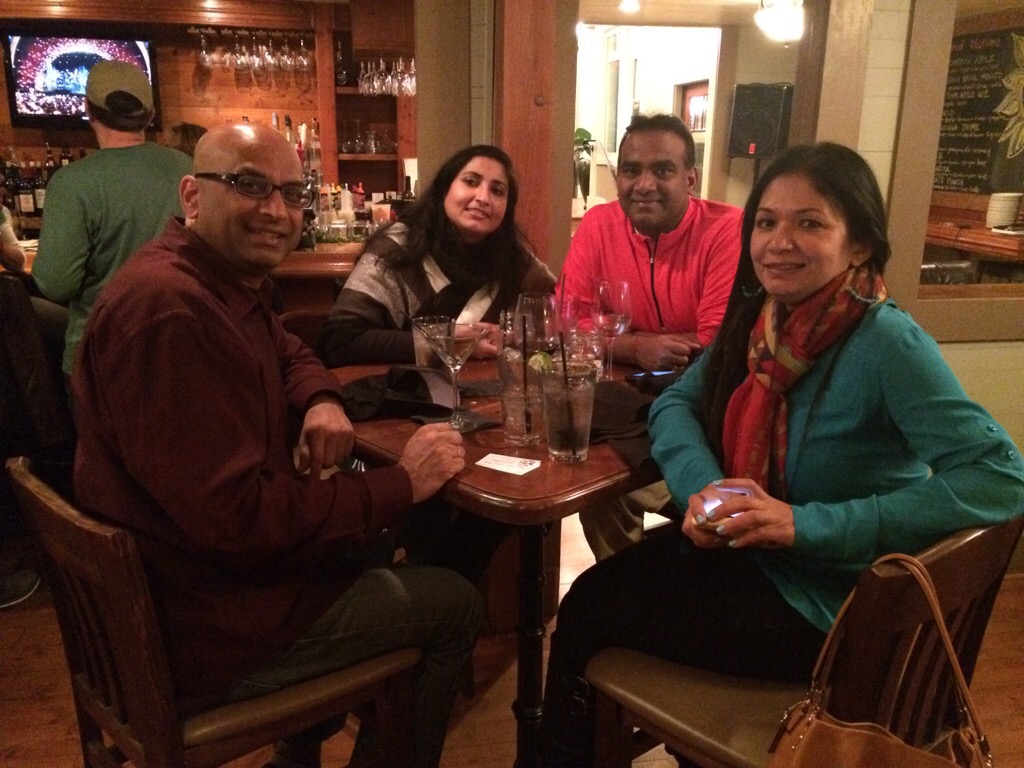 Category: Our Friends | 5 Comments on Sunday evening with a lovely couple

From the bartender’s corner – Purple Ruby 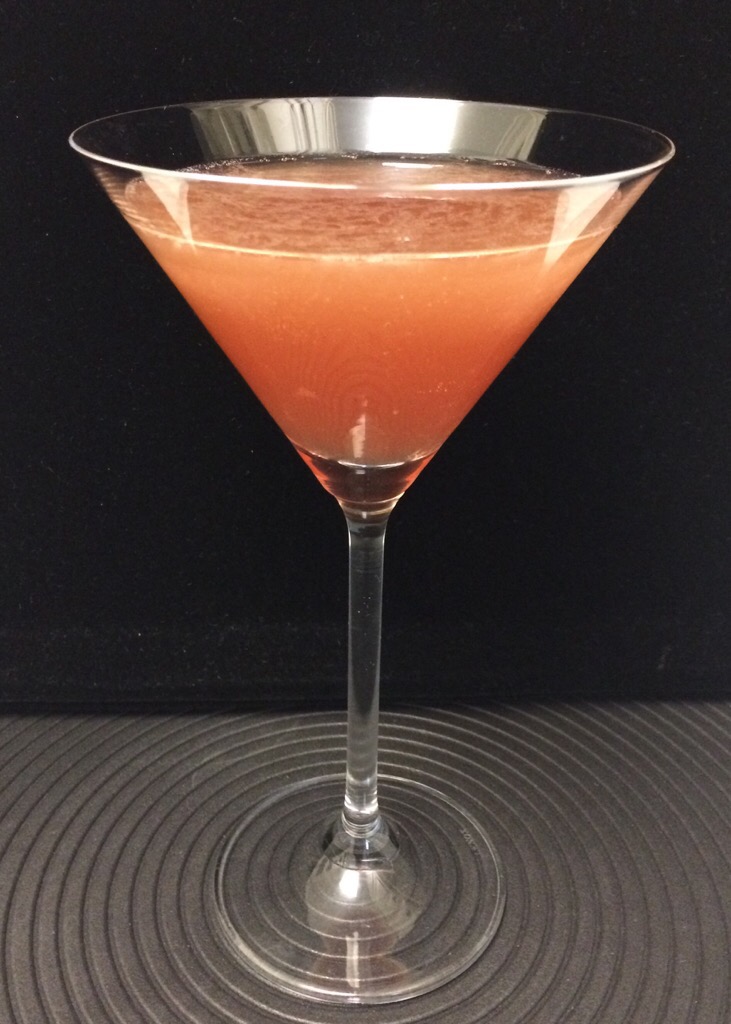 Did not mind the getting drenched in rain part much. But the dirt roads were totally wet and was not kicking back at all. It was like running on the beach. Speed was much slower and muscles are very sore 🙁 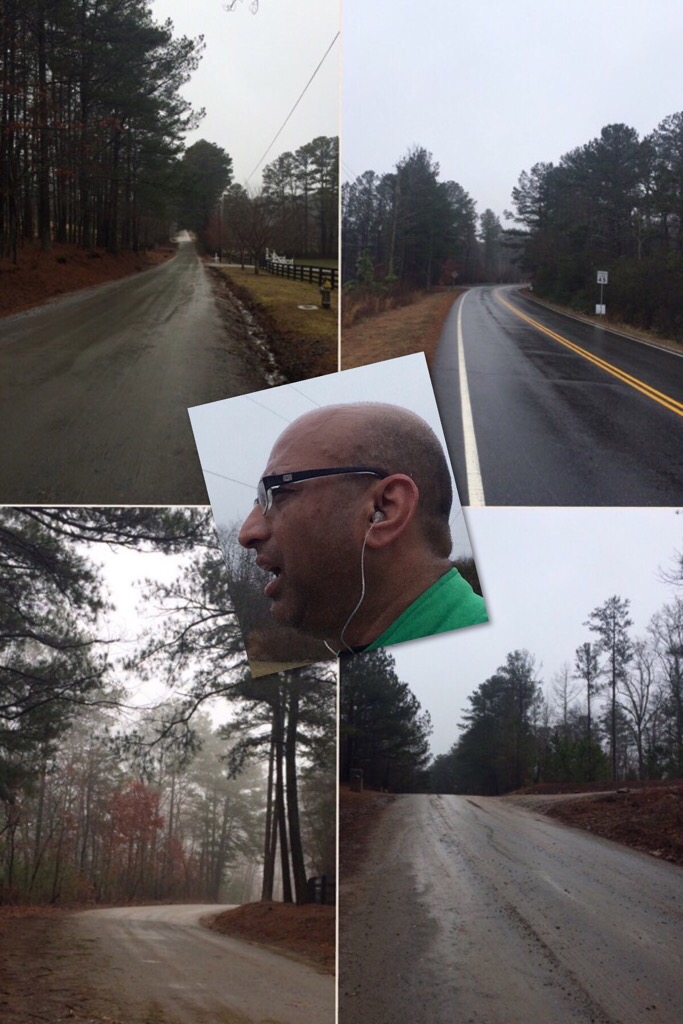 An evening of songs and tabla 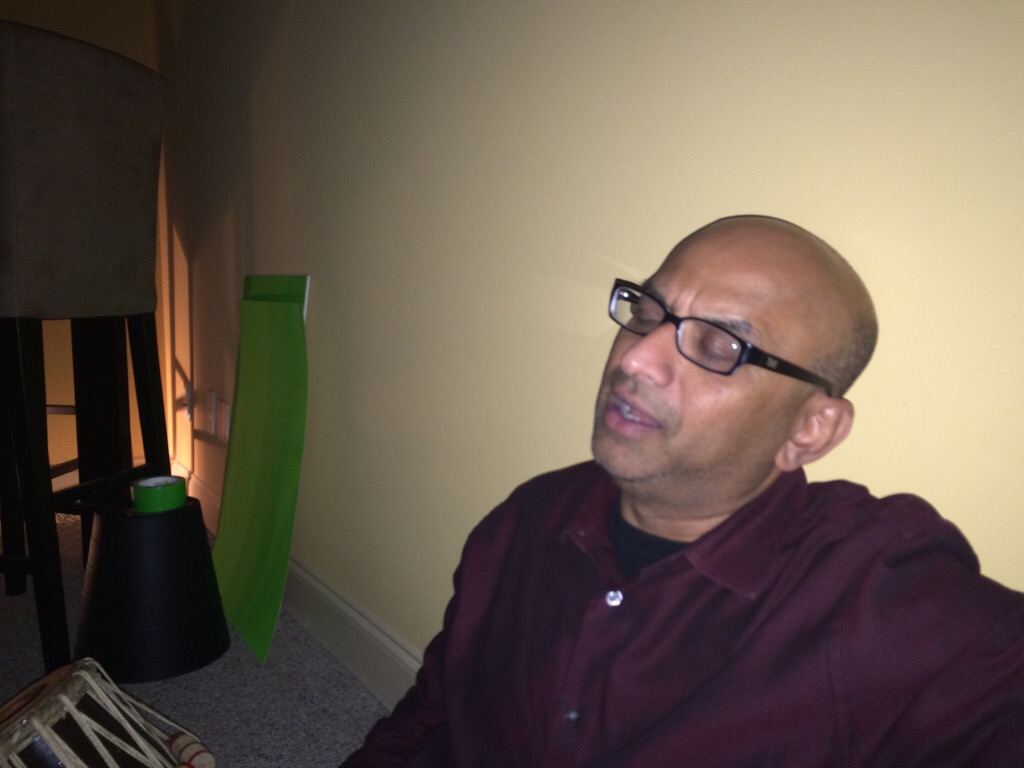 Category: Music/Poetry | 8 Comments on An evening of songs and tabla