What a great couple!

During this trip to India and the previous one, I have been generally avoiding meeting people like I normally do due to pandemic concerns. Exception of course being my immediate family and in a couple of rare cases a couple of very elderly folks since I am not sure if I will ever get a chance to see them again.

While in Durgapur, I received a request from a gentleman called Manojit to meet just for a few minutes. Not sure why, I agreed to do so. I had never met this gentleman before. We became Facebook friends sometime back when he had introduced himself as a batch mate of my brother. About three years back, I got a FB friend request from Parikshit who introduced himself as Manojit’s son.

Manojit showed up at the hotel with his wife Paramita. A 30 minutes meeting rolled into over an hour. The big reason was that we kept on finding newer and newer connections between us. Here are a few samples:

Manojit and my brother, as I mentioned, was taught by the same teacher. Manojit is also great friends with my brother-in-law’s best friend. Manojit and Paramita – who has lived in Muscat – are friends with Sharmila’s college classmate Tapas. In a weird connection, Tapas’s son interned in the company I work in in Chicago.

Manojit’s sister Swati, we realized, is an old classmate of my sister Tanusree. In fact, next day, when I told this story to her, she demanded that I immediately call back Manojit and get Swati’s number. Apparently, she and a few of her classmates had been trying to track Swati down for some time.

Paramita – wouldn’t you know – was in the same class as my sister-in-law during elementary school. I was impressed that my sister in law immediately recognized the face when I showed her the picture. Paramita Ray is also a friend of another Paromita (also a Roy) – Sharmila and my close friend in New York.

Paramita’s sister is a batch mate of mine. Different schools but with a lot of common close friends – like Mausumi – who I went to school with from first grade to fourth grade!

Proceeding further, my mother in law, as it turns out, was Paramita’s teacher in High School! As was my friend from Dallas – Pratyush’s mother!!

I can go on and on like this – but you get an idea how excited we all were as we found out yet another set of connections!

We agreed that our next meeting had to be in Doha when Sharmila and I fly to Kolkata next to completely unentangle all the connections we have!

Manojit and Paramita, it was great to see you! We should have met long time back!!! Also, Paramita, I found out from Chaitali that you are a great singer. We have to have a session some time soon! 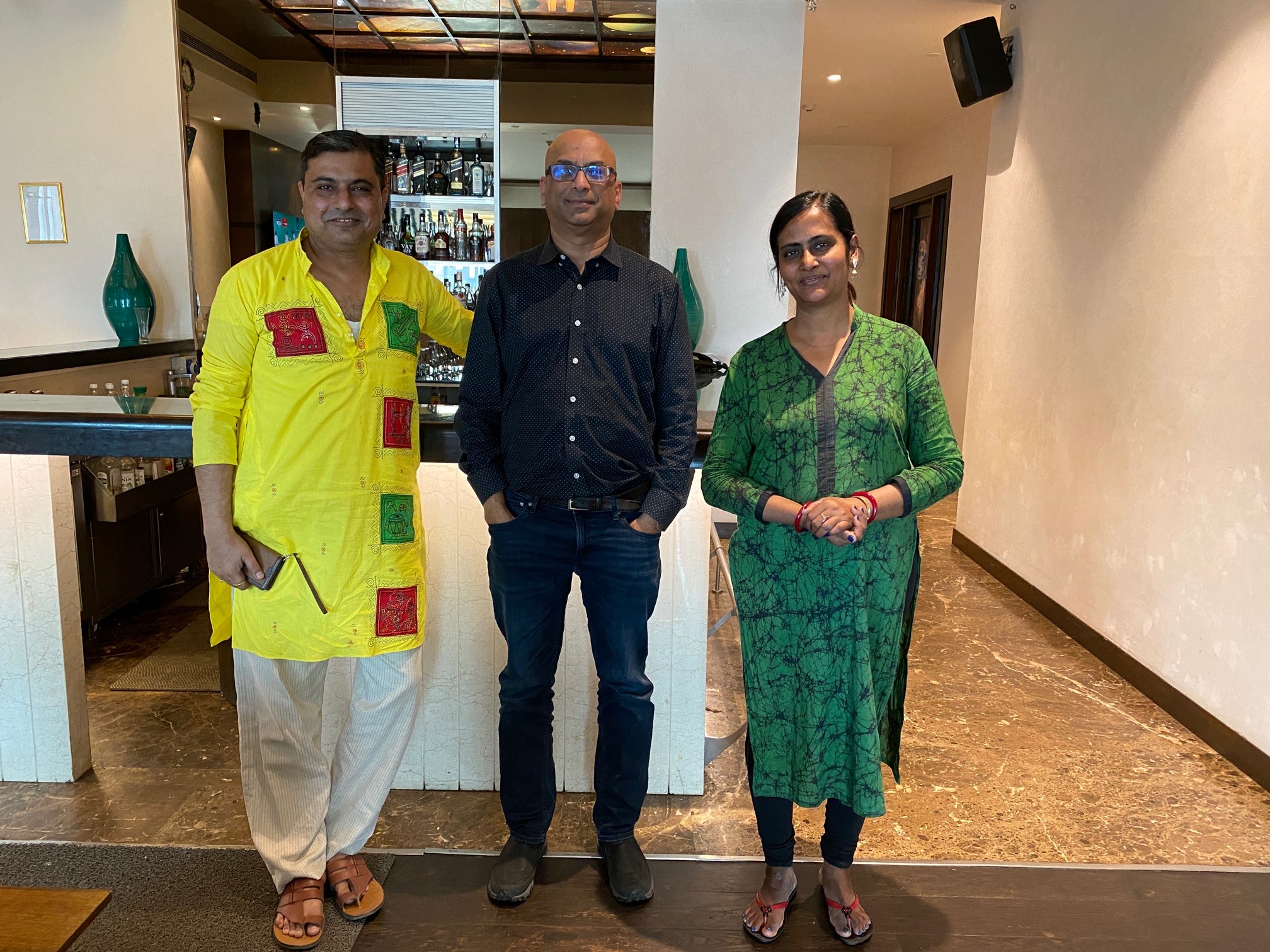