Tintin is not a comic book that is very common in the USA. Although, Steven Spielberg did make a movie out of it. In India (or for that matter, anywhere in Europe too), Tintin was part and parcel of growing up.

The protagonist was ably supported by the warm-at-heart (a big part of the heart warmed by his penchant for whiskey) Captain Haddock (of the “ten thousand thundering typhoons” fame), the well meaning, hard of hearing but brilliant scientist Cuthbert Calculus (with his pendulum and “westwards, westwards” refrain), the bumbling twin detectives Thomson and Thompson (“to be precise, with a “p” as in psychology and without a “p” as in Venezuela” is the way they would clarify) and of course the ever faithful dog Snowy.

With Natasha back in her home and Nikita out with her friends, Sharmila pulled up a book to relax in the evening. And I pulled out the “Red Rackham’s Treasure”.

You would think that after 45 years or so, I would not find it as interesting. But you would be wrong. That is the brilliance, I sense, of the Belgian cartoonist Georges Remi.

While as a child I focused on the story line, these days, at my age, I focus a little more on the creation itself – how the cartoonist is telling and drawing the story.

One of my favorite pictures is the one in the inset. The quick background is this: Before our favorite team would go out on a treasure hunt, the story was leaked in the Daily Reporter. Which infuriated them no end and caused a great deal of inconvenience.

When they came back, the same reporter accosted them with all sorts of questions. Captain, taken by surprise, was livid to see the reporter again. But on second thoughts, he came up with a cunning idea. He introduced Calculus as his secretary and let him take the interview. If you remember, Calculus was very hard of hearing. So the conversation – if you can call that, more like two independent monologues – that ensued is hilarious. The ever increasingly agitated reporter would ask one more pertinent question. And Calculus would invariably answer a completely different question with absolutely no bearing to the real context, whatsoever.

The end of it is seen in the inset. Calculus walks away very satisfied with the interview. The journalist was left in a complete tizzy. But the best part is the smug, mischievous smile on the impish Captain’s face all the while listening to the conversation peeking from around the corner. You can almost see him chafing his palms!!

That was a good read!! 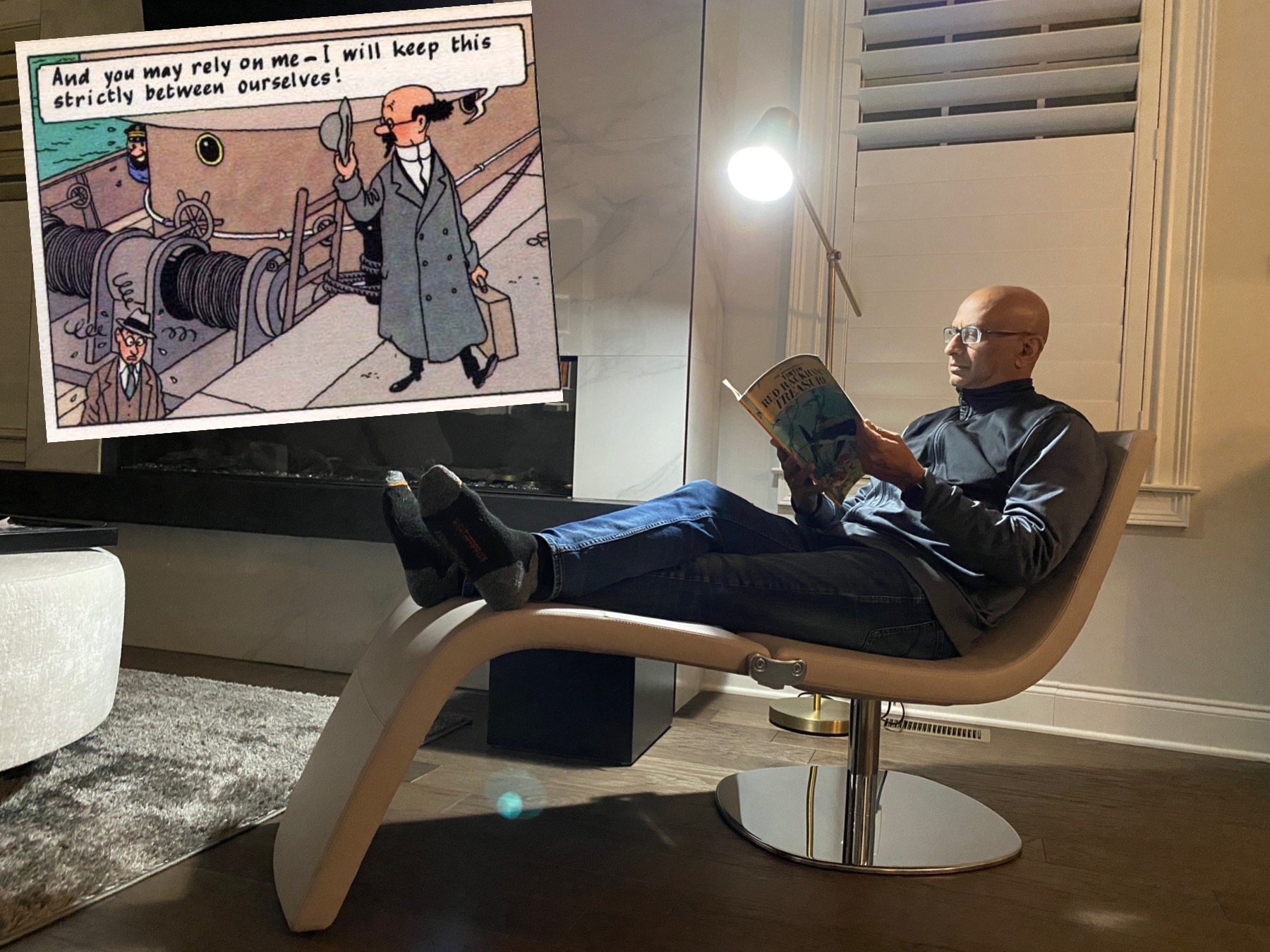