“So, what are you doing in Atlanta?”, I asked the Martins as we walked from Avalon to Alpharetta downtown on the Alpha Loop.
“We came to see you!”, said Steve.
“Me?”
“And the pandas!”
“What??”

Turns out Steve and Carolyn travel whenever they can now that they are empty nesters. Before that though Steve worked in Apple. Not coding and all that. That he did when I got to meet him on my first day at a startup called i2. He had shown me all the fan mail he used to get (meant for the actor Steve Martin). After leaving i2, he went to work for Apple at their retail stores. Doing what he liked doing the most… teaching customers one on one how to use the various applications.

You might remember from a story from June of 2017 how a picture he posted on Facebook made me realize that we were in the same airport at that instant and I ran to meet him for a minute just before he had to jump into the plane. I missed Carolyn that time since she had already stepped in. They were on their way to New York that time.

Another crazy coincidence with Steve that also includes Facebook happened the following year. I was on a business trip and had posted a picture from Natick, MA. Steve saw that and let me know that he was born there. On a whim, I found out the address of his birthplace, went to that house, introduced myself and took pictures of the house and sent it to Steve’s mom!! You can read the whole story here. (I found out from Steve this time that we both lost our moms literally two days apart last year).

Going back to the pandas… apparently, the Martins love pandas (who does not?) and they have made it a point to go visit all the pandas in the USA. Turns out only a few zoos have Pandas and Atlanta was the last one on their list!!

And thanks to the Martins, we got a taste of what empty nesting might look like for us. We walked from Avalon to Alpharetta downtown, bounced around three bars, had some interesting drinks (one included smoke and fire) and finally settled down for a nice dinner. And then walked back to Avalon!!

Thank you Steve and Carolyn for keeping Sharmila and me in your minds during your Atlanta visit. We got to do this again soon!! 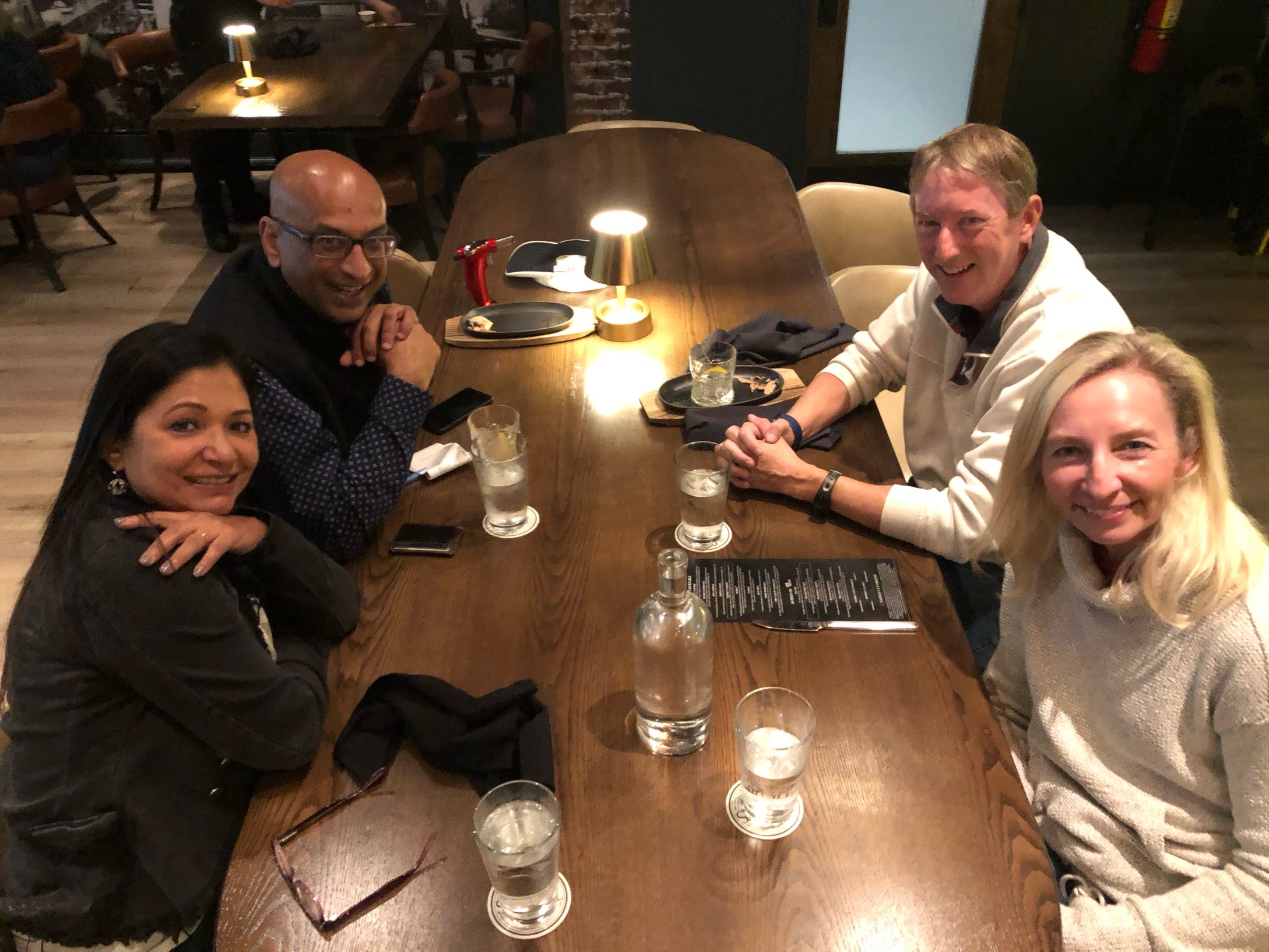