It all started as I was just finishing up my lunch at the airport. Steve Martin had turned the tables on me on my Facebook timeline by posting a picture inside an airport and asking me to identify it. It is the picture on the left. I correctly guessed that we were in the same airport!!

You can follow the thrilling story that ensued by reading the exchange he and I had on my FB post. I am writing it down here too to make it easy for you – with all the grammar and spelling mistakes intact:

AND WE GOT TO SEE EACH OTHER!!! Even managed to get somebody to take a picture of us. In the literally one minute we spent together, found out that Steve was headed with wife to New York and it is their 31st anniversary today!!

Too many memories flushed thru my mind during the walk – the early start up days of mid 90s, the hacky sack tournaments, the ping pong table, the dts-readers-list, emacs…. It has been probably 14 or 15 years since I had seen Steve last!!!

Our exchange did not stop there…
12:35PM Steve (from his seat): He didn’t even break a sweat!
12:35PM Rajib: It was awesome seeing you after so many years … even if for a few seconds.
12:37PM Rajib: Did you get your seat?
12:38PM Rajib: Thanks for waiting…
12:41PM Steve: Fun to be one of your random airport encounters with the past!
12:42PM Steve: I did and even get to sit next to my wife of 31 years today!
And he sent the picture of his lovely wife and himself as you will see attached in the picture here.
12:44PM Rajib: Awesome. Did you know 31 is an awesome number? The square of the reverse is the reverse of the square!!! Have fun with that!! And congratulations!

At that point either he decided he had had enough nerdiness for one day or they made him shut down his phone to pull away from the gate!!!

See, this is why I do not mind all the hassles of travel every week!!! What an adventure!! 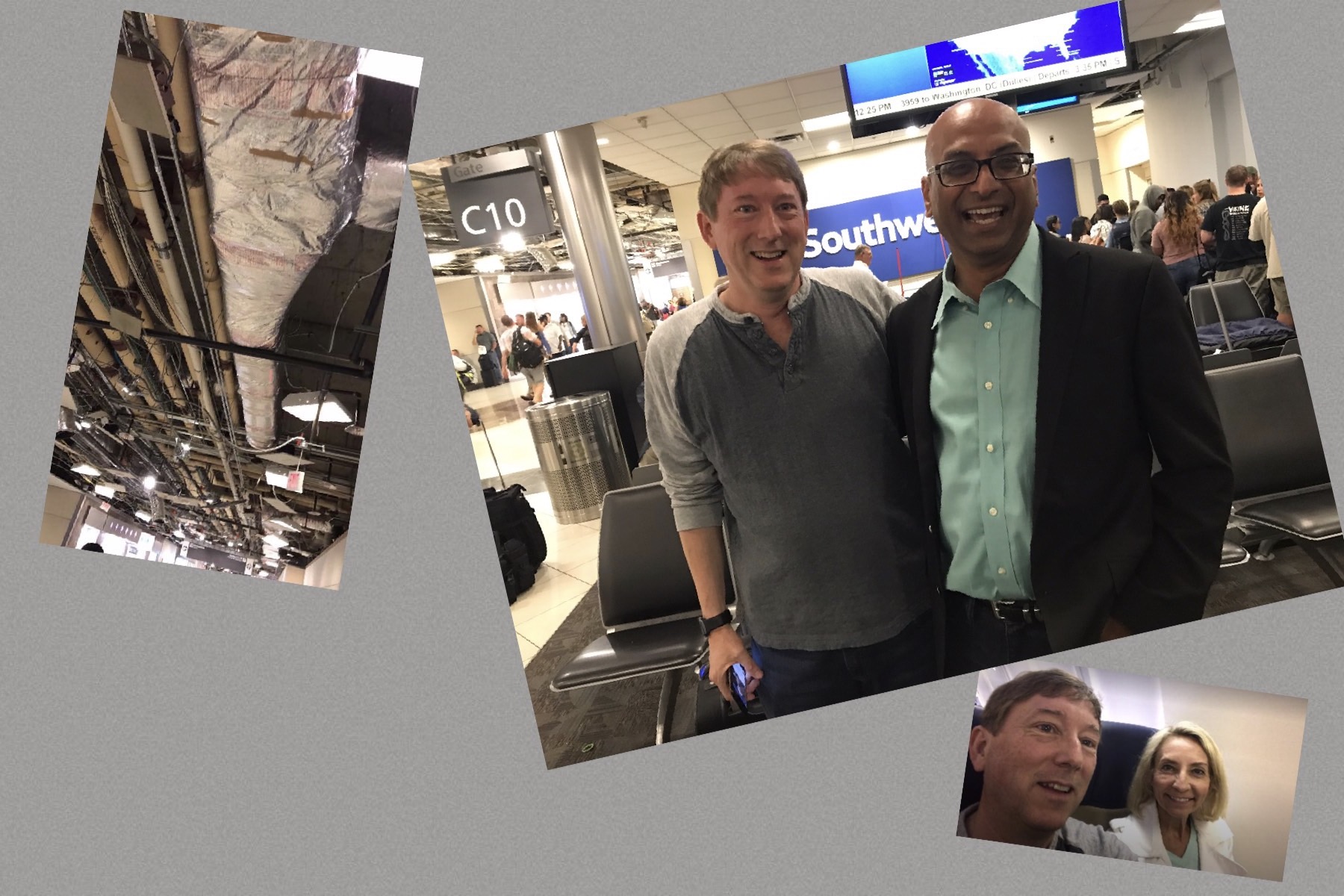