Covid did not stop this intersection point!!

To help understand this intersection point, I have to pull three strings together. Let’s see how well I can do that.

Last evening, Avi, Sharmila and myself were out at a cigar bar and one of the topics that came up was all the moments of serendipity I go thru. In fact, we talked about that one time I had taken my family to Bombay and how in that one stay, I had experienced one intersection point after another.

First, at the breakfast table, I ran into somebody from Shanghai who I had met only once before – in a running trail in Atlanta. Later, met a co-worker from twelve years prior on the beach – who was visiting from Hong Kong with her own family. And then as we settled down in the lounge at the airport to fly back, I spotted a junior from my Engineering college (used to be a few doors down from me in my hostel) sitting at a chair nearby poring over his laptop. (he did not recognize me but that was because he had no idea I had shaved my head off two years back). The day itself had started with a breakfast with a friend rom MBA days who has backpacked to over 100 countries in the world. The topic de jure that morning? “Serendipity”!! Go figure.

I was lamenting to Avi how Covid has stopped to all my travel and that I am not being able to create those intersection points any more.

Okay. Let’s stop the thread there. Let’s start with a completely unknown person. Ashwin Ramani is his name. Turns out he had run into my blog sometime back and has been following me ever since. I had noticed that name when I saw it in a list of emails added to subscribe to my blog. Eventually, I got an email from him too. He talked about some of the posts on music and that apparently, he enjoys the blog in general. That was very nice of him. Thru emails, I go to know him a little more. Turns out he is a musician himself and has a band. We had a great chat over it.

To start yet another thread, day before yesterday, I had a fairly long day. Office meetings, board meetings, budget meetings and all that. Another thing about Covid – I used to see my face only once a day in the mirror while shaving. Now, like a glutton for punishment, I keep seeing myself in those Zoom windows. Too tiring, I tell you.

In any case, Dipanjan, Parijat, Sharmila and I had stepped out to grab a quick drink late that evening at our favorite Alpharetta down town spot – Truck and Tap. In fact, I posted a picture from that meeting too.

Now time to put all the threads together.

So, this morning, I sat down at my coffee spot with my favorite cup of cappuccino and woke up to my first message from the previous night.

It was Ashwin – he had written to me (after seeing the picture) to say that Parijat is his high school classmate from India! 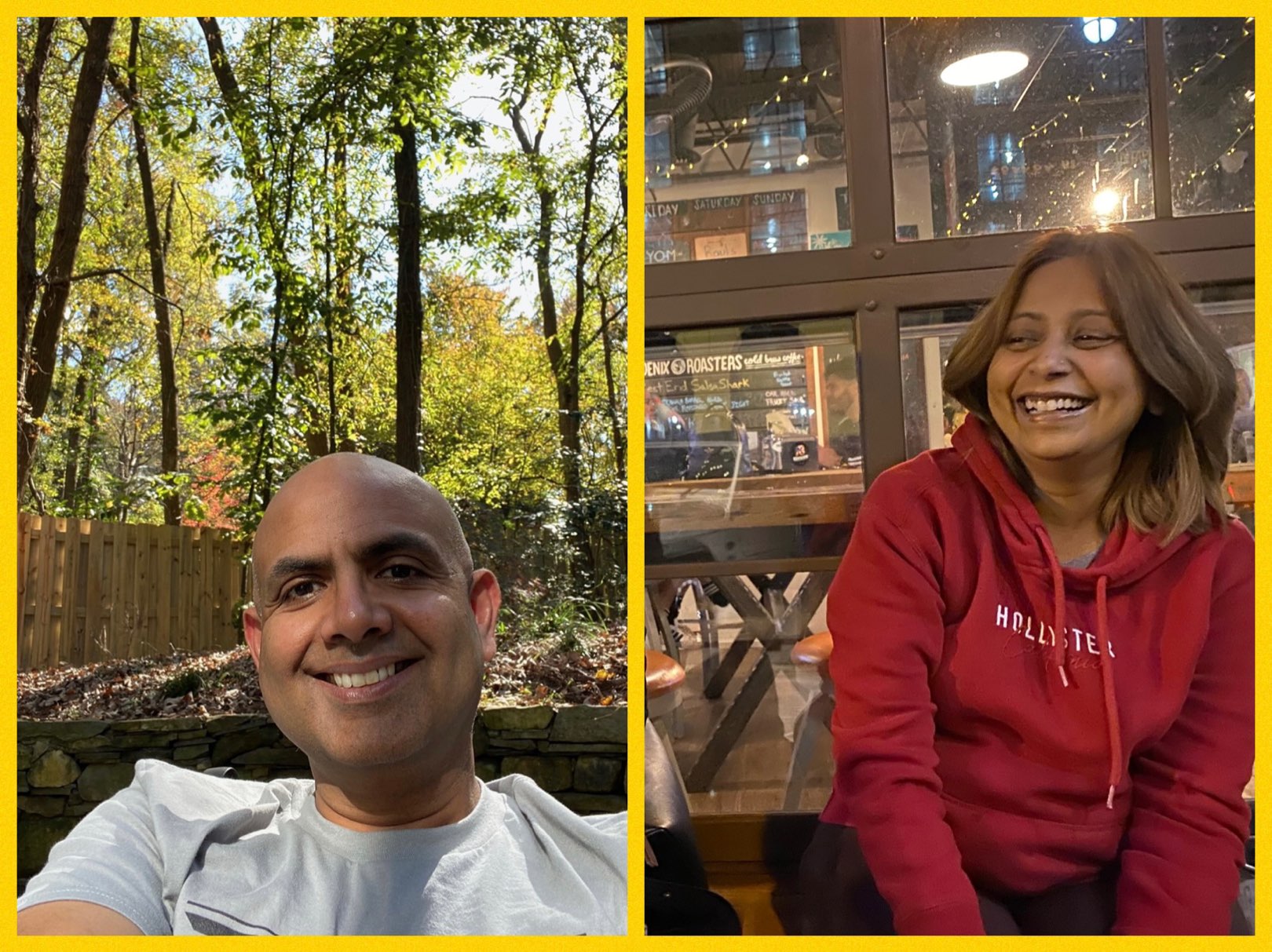