Backpacker of 89 countries.. and counting…

Another goal fulfilled – quite accidentally and again thanks to Facebook – during this trip to India was to meet up with my friend Shridhar Sethuram. We studied MBA together in IIM-A and frankly I would not say we were very close those days. However, it is his arc of life after the MBA days that has fascinated me. He has achieved a lot that I have been dreaming for some time. I have been trying to look for an opportunity to be in the same city as he for quite some time. Finally, managed it in Bombay. He was gracious enough to join Sharmila and myself for breakfast at the Executive Lounge in JW Marriott.

I cannot recollect ever going to meet a friend with paper and pen in hand. I had my questions ready. It was more of an hour and half of interview than meeting really. I also brought Sharmila since I thought he shared with me the same traits that led her to call me “quirky”. Her verdict, at the end of the day, was that Shridhar is myself on steroids 🙂

We were scheduled to meet at 7:30am and he showed up on the dot at 7:30. When thanked for showing up on time (I did not want to miss a single minute of my time with him), he pointed out that he has trained himself to be on time – everywhere, without fail. Sharmila looked at me and rolled her eyes 🙂 (major source of argument at my home – I insist on being on time always 🙂 ).

We have all learnt geography in our elementary schools. And sitting in those classes, we often thought dreamy eyed about visiting those esoteric country names we had to learn about. Except, Shridhar actually did it. Fascinated from elementary days geography, he started visiting different countries every year after we left school. Every year, he takes time off multiple times, brings his backpack out and hits the road. Evidently, he never plans out his visit – just shows up in the country with the visa and starts asking around people and uses buses, autos, bikes whatever he can. He has so far covered 89 countries. Is planning to hit 100 soon. One marvelous thing I learnt : “What if you cannot get any local help?”. “Rajib, anywhere you go – even in the shadiest areas, people always – ALWAYS – want to help you. Especially, if they realize you are not from their parts of the world”. “How about local language?” “We figure it out”. That has to be the greatest sense of adventure of all.

The pictures from his backpacking can be found at his blogsite http://www.backpackthrulife.com

One virtue Shridhar said backpacking has taught him is the sense of simplicity. When your entire life has to be packed in a bag, you quickly can get rid of the “extra” stuff in life and get tremendously focused. He goes around in Bombay (he works in an investment firm) in his bicycle!! (Not the motorized kind!!)

So, I asked him if there was anything he picked up locally that has stuck with him. “Dancing”, he said. It would appear that both of us were blessed with two left legs when it came to dancing. And both of us have been to more Latin countries more number of times than most of our friends. While, I stayed away from the dance floor, he saw that as a hindrance to understanding local people. Got himself a teacher and now has been dancing for six years!! I think I am going to still take a pass on that one 🙂

And thus the morning rolled on… from his marathon runs to yoga practices to meditation. About thirty minutes were spent on exchanging our views on the “Art of Living”. We jousted on the concept of classes for Yoga (I am against any form of group classes – I believe that when a student is ready, he or she will seek his or her guru). We delved into the essence of spirituality versus religion, the true purpose of Yoga – stretching or meditation, value of poetry versus music and such topics that most people would be utterly bored by.

But for me, I finally met somebody that I have immensely admired and would absolutely love to take a few steps with in this short life.

Do you think backpacking in a new country with Shridhar should be added to my bucketlist for the sabbatical year that is coming up? 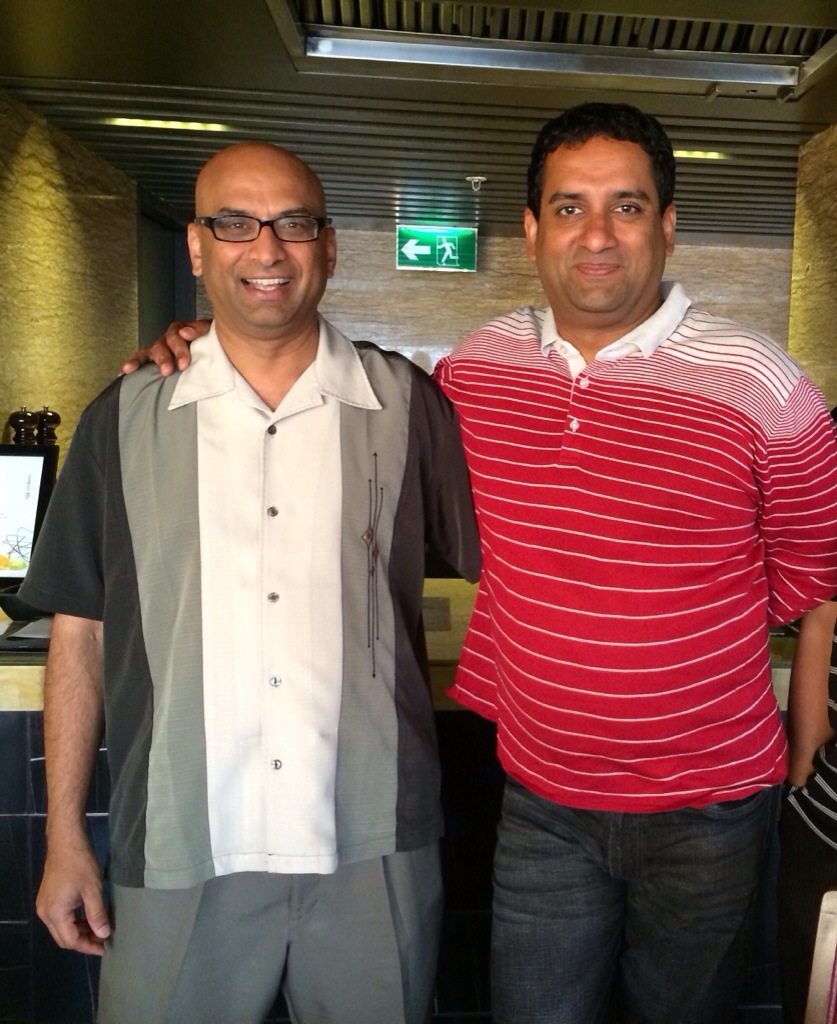