What started as a small experiment over a decade ago to get a few Bengalis out of their beds on Sunday mornings to come out to and run/walk has become an excellent sustained group – Chalupa – over the years. Ironically, some of the original folks have fallen off – Sudakshina has not come in a very long time. Samaresh (who also named the group) vacillates from being very regular to very irregular depending on what he is focusing on at that time. He runs by himself though. Malobika is the only original leader (of the three) who has steadfastly come thru the years.

Of the other two regulars – Amitesh is completely focused on tennis and I usually run by myself. Once a month, I do go and join the running group for their coffee gathering after run. Often that is the only time I get to meet them.

After February, yesterday was the first time I went to check in on the group. The most delightful observation for me was how big the group has become. There were three members – Soma, Sanjib and Debjyoti that I was not even aware that they had started in this run/walk group.

There were seven couples – and of course the other consistent runner – Puja (Malobika/Ashok’s daughter).

I was the only one not dressed up for a run though! (Was on my way to Helen on my motorbike when I had stopped by to have a coffee with Chalupa) 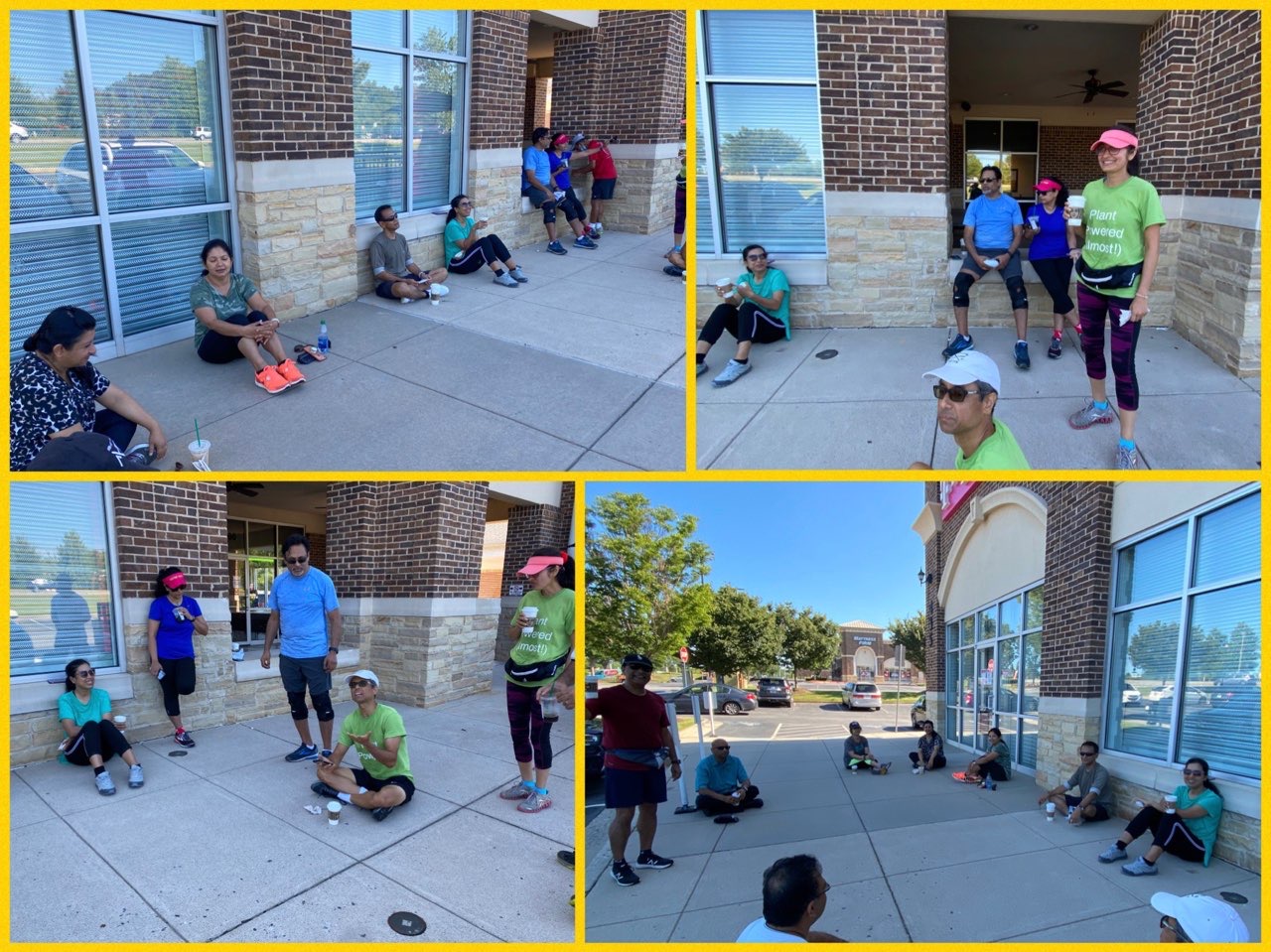