Growing up, one of the things I have been blessed with is some brilliant people I could call classmates. If I add up all the incredibly successful people that I can actually count as being my classmate during the various stages of my life, it will make anybody wonder how come not much of it ever rubbed off on me.

Rahul Guha – met him for the first time on Sunday, July the 10th 1983 around 4 PM when his parents had come by to drop him to start his 11th grade. It was a residential school and he and I (along with another incredibly successful classmate – Pratik Pal) were destined to be room mates.

Over the years, I have sometimes lost touch and then regained the same with this guy. Last week, he was in Atlanta and could squeeze enough time from his busy schedule to have dinner with me. While we talked about a lot of things – including my trips to his house in Kolkata during the early ’80s and a trip we had made together to Dip’s house in New Chumta Tea Estate – most of our discussions were around education. After all, it was education that has brought us together.

Driving back home later, I realized why guys like Rahul get to where they are today. It is not just the intelligence level – which is of course sky high – and it is also not the hard work – that is beyond reproach. The edge people like him have is their ability to reflect. That ability helps them achieve higher learning cycles than most mere mortals like us can.

Some of the reflections he shared with me absolutely hit the mark for me. We were talking about college education. His first point was how in India in those days, we entered college believing the toughest part was over. We had passed Joint Entrance Exam and then we were in college. If we went thru the motions, in about four years, we would get a degree and a job unless we really really messed it up. And yet, that is the time when our brain was the sharpest. From around that time, the brain would go on a steady decline. That was the time to learn completely new things. Things we might never ever use in our lives. But that was the one time our brains could absorb a lot of stuff. And for all you know, we might have discovered who we really were.

This somewhat aligned with my discussions with Madhav a couple of weeks back in Virginia Tech. He was talking about how it was “cool” in engineering colleges in our times to not study and ace the exams. Madhav reminded me how I was one of the so-called “intelligent” ones who never studied and yet aced the exams. But looking back, that was the stupidest thing. I should have been pushing my brain to learn new stuff then instead of not learning and simply letting a letter grade that suggested it was “okay” in life not to learn.

The second thing Rahul got me thinking on was the lack of training we got in how to ask questions. Instead, we were always expected to accept the prevailing norms and ways of doing things. And yet, college was the time we should have been pushed to keep asking questions – even if there were no answers. As he pointed out, sooner or later you will realize that the first step to getting a Nobel Prize is asking questions. Fearlessly. Regardless of whether there is any answer.

Finally, he felt that we should be taught how to communicate with people that we do not agree with. It is a skill that is getting rarer and rarer (we certainly both felt that the echo chambers created by social media has contributed to this problem) and yet no meaningful success can be ever reached without truly understanding the opposite point of view. Groupthink is a dangerous thing, as he pointed out.

Not all of our discussions were this serious. We slipped in and out of some hilarious incidents from school. Somehow, we both got onto the topic of statistics. Rahul and I studied statistics whereas our other room mate Pratik had studied biology. I was explaining the fundamental challenge I have with the concept of probability. The definition is based on a circular premise. Which, rigorous mathematics be spoken, should render it null and void. Rahul went on to explain that anomaly in Bayesian terms and made a hilarious statement. It was hilarious not just because it was true – but also the way he put it. I had to excuse myself and fish out my phone to write it down lest I forgot it later… in his words… “Probability, at some level, is a philosophical question”! Amen to that!!

My own greatest contribution to Rahul was waking him up every morning during our 11th and 12th grades. I was the sleep-very-little guy and he trusted me that I was the only one who could wake him up. It might have something to do with how I used to twist his legs and turn him over to wake him up.

A few minutes of early morning yelling and cursing later, he would calm down and thank me profusely for waking him up.

Oh! What would I not give up to get another one of those days again!!! 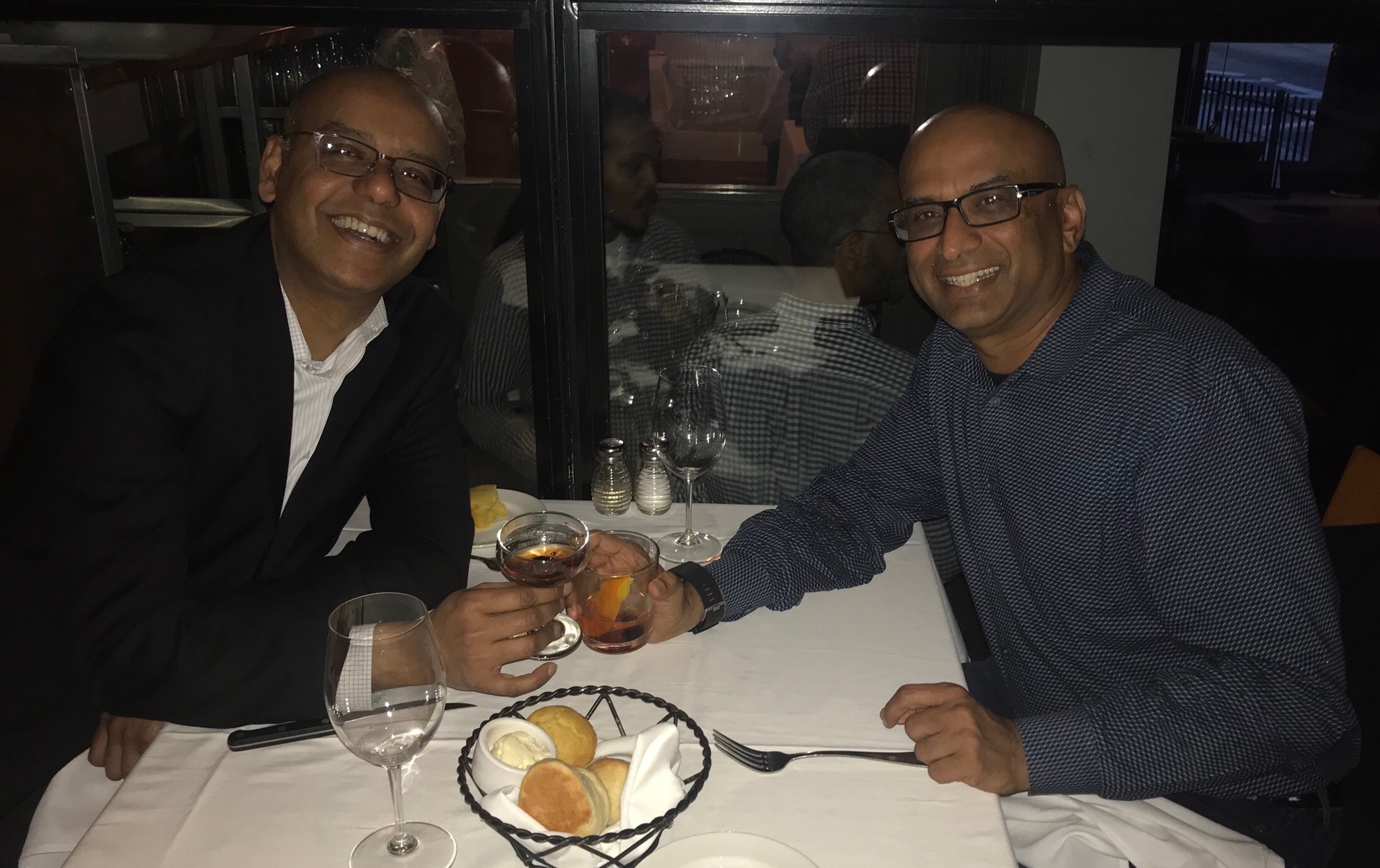