A few weeks back, I had called up Arthur to wish him a happy birthday and one thing led to the other and eventually, we decided to see if we could get some of our old i2 guys together in Austin. I was in charge of reaching out to everybody. Want to take a guess who did not get it done in time? Office work, Tasha’s graduation and other excuses led me to realize on my flight to Texas that I had a lot of reaching out to do.

In any case, scrambled as best as I could on Thursday and Friday. With a lot of help from other friends, we were able to put together a small lunch meeting. Most of the rest were out of town.

It was a short meeting (partly also because I was waiting at the wrong restaurant 🙂 ) but it was great to see how well some of my i2 friends have done – personally and professionally. i2 was a place I got to see some really really brilliant talent. I can honestly say that I have never had a chance to work in any other place where so many smart people came under one roof.

Not that any of thoat smartness ever rubbed off on me – but I have decided to bask in the glow of those friends, anyways!

Tom, Richard, Arthur, Harvey, Karthik, Reddy and Raghu, thanks for showing up! Carolina, thanks for gracing our get together. For the rest, sorry we missed you. Hope to see you next time. I think we will leave the organizing to a local guy next time 🙂 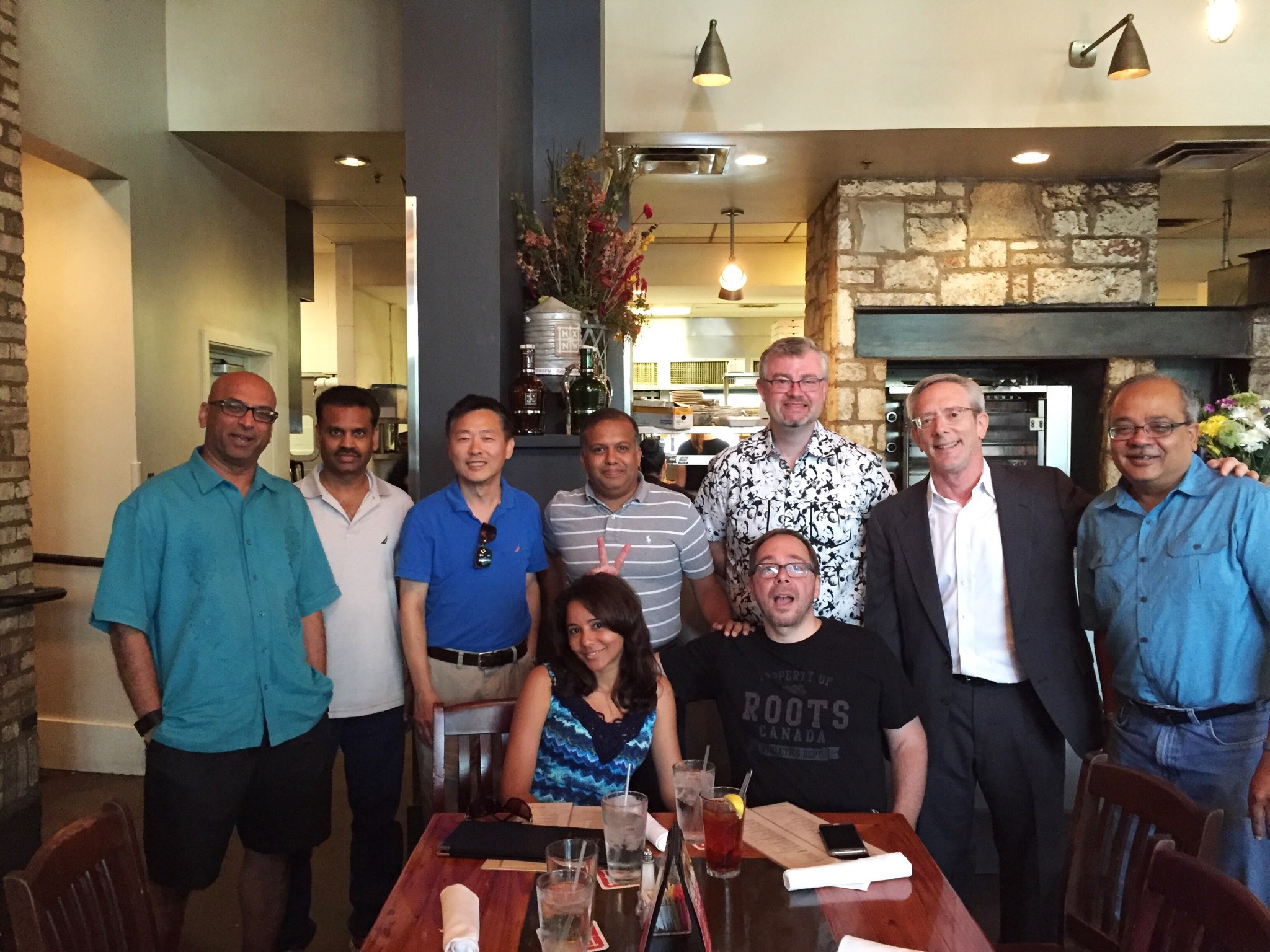