I had to eat some humble pie this morning. Last week, when 12 Bengalis showed up for our “Chalupa” Sunday morning run, I had a bet with my wife that we will have a steep decline to about half of that number today. Instead, 22 of them showed up today!!! With almost half a century of gap in age between the eldest and the youngest runner!!

In a total coincidence like last time, we had again an even (11-11) split between guys and gals! We had 5 junior runners and 1 decidedly sub-junior in a stroller 🙂 !! We had 6 first timers too!!
Couple of funny incidents to go with the great gathering today:

Before the group showed up, I had gone to put in a few miles by myself. Ran into Heidi and Lara from my old running group. Lara’s first question was “Where is your Bengali group?” !!! That is when I realized that this group has become world famous in Fowler Park 🙂 🙂

Second incident happened towards the end of the run. After running with Amitesh for over a mile, I turned around so that I could take pictures of everybody running as I crossed them on my way back. After I was done with pretty much everybody, I could see two bare chested white American young guys running at some distance away towards me. Recognizing it was Tom and Greg from my office, I ran towards them so I could run with them for a few minutes. (They are very fast long distance runners – so I would have been proud of myself if only I could keep up for a few minutes). When they recognized me, they teased me by yelling “Get him. Get him.” One of our group members – Atashi – heard this, lifted her head and saw two guys chasing me (I was couple of steps ahead of them). And she started to panic. As she explained later, she thought I was in big trouble!! We had a great laugh!! 🙂

Ah! Great start to a Sunday morning!!!
Thank you, Chalupa, for SHOWING UP!!!! 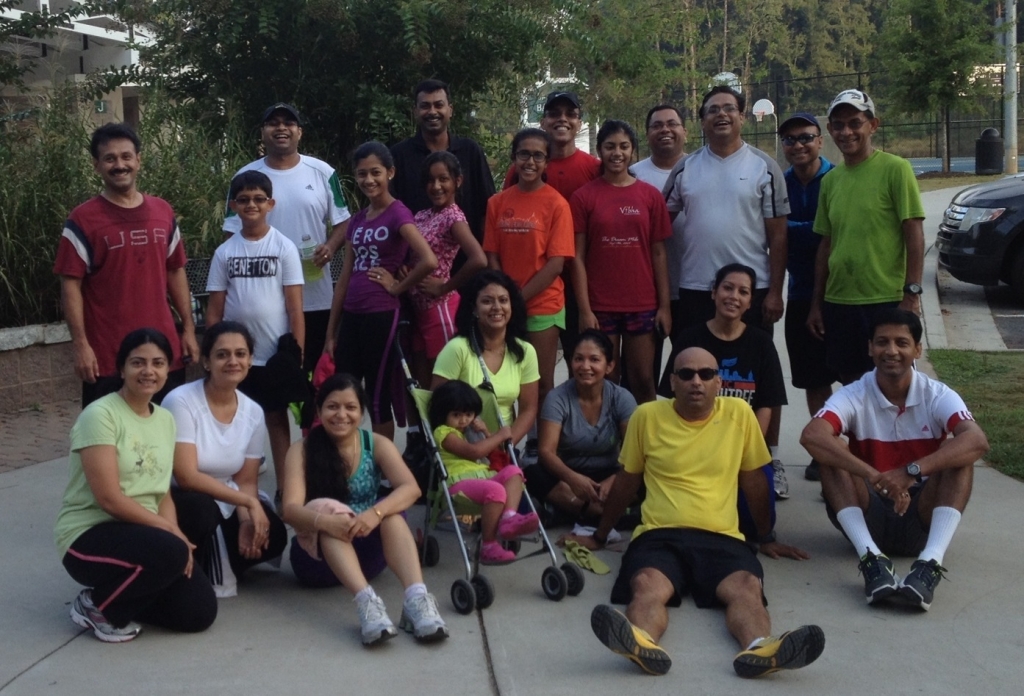