Some day I am going to listen to reason…

Most other days I will try to defy it. In September, when I started my time off, for the social work bucket, I had selected hospice work this time. Sooner than later, I found myself working at three hospices. For the family bucket, they opted for travel. So, we went to Aruba and we have a trip to Indonesia, Thailand and India coming up for all four of us in less than month. And many more to come…

I had tried a couple of friends’ motorbikes in the past. Scared the bejesus out of me. They are heavy and have way too much power. When I pressure tested this idea last August and September, almost to the person everybody warned me about how unsafe it could be. That did nothing to boost my confidence. Might have made me a little more determined but incredibly scared, nonetheless.

While I may not know how and when it got into my bucket list, I do know how it made it to the top of my list this time though. One fine day in August I had convinced myself that I owe it to myself to ride motorbikes for a few years just to conquer my own deep seated fear. That led to safety classes in September and a license soon after.

Then followed some weeks of laziness (perhaps the realization that I will have to face my fear had something to do with it). After I saw my dad in October, on the flight back, I realized that life is too short. Yes, it might be made shorter by a motorbike, but at least I will not have to die thinking I ran away from something.

Quite a few days of intense searching (and I mean QUITE A FEW number of days) and multiple trips to various dealers, I finally found the one bike that I wanted (a 695 cc Honda CTX 700D). Except that I could not find it anywhere in my state. I had to cross state boundaries and buy one in Tennessee. Of course, the one thing I need to bring it back home – motorbiking skillsets – is exactly what I lack 🙂 So, now I am in the process of figuring out how to get it home!!

Before I start the long road to conquering my fears… I owe some shoutouts:

Dhananjay for giving me some incredible tips and more importantly confidence when I went to Pune in August to discuss this.
Magesh for always encouraging me to motorbike ever since he moved from California to Atlanta.
Avijit for being a great friend, philosopher and guide as I navigated everything motorcycle in my mind in the last couple of months.
And most of all Sharmila – who was not very sure at first but in the end she became the one egging me on to get started on my goal. She even went to each and every dealer with me to help me choose a bike.

Now for the hardest part.
Riding.
Riding safely, that is. 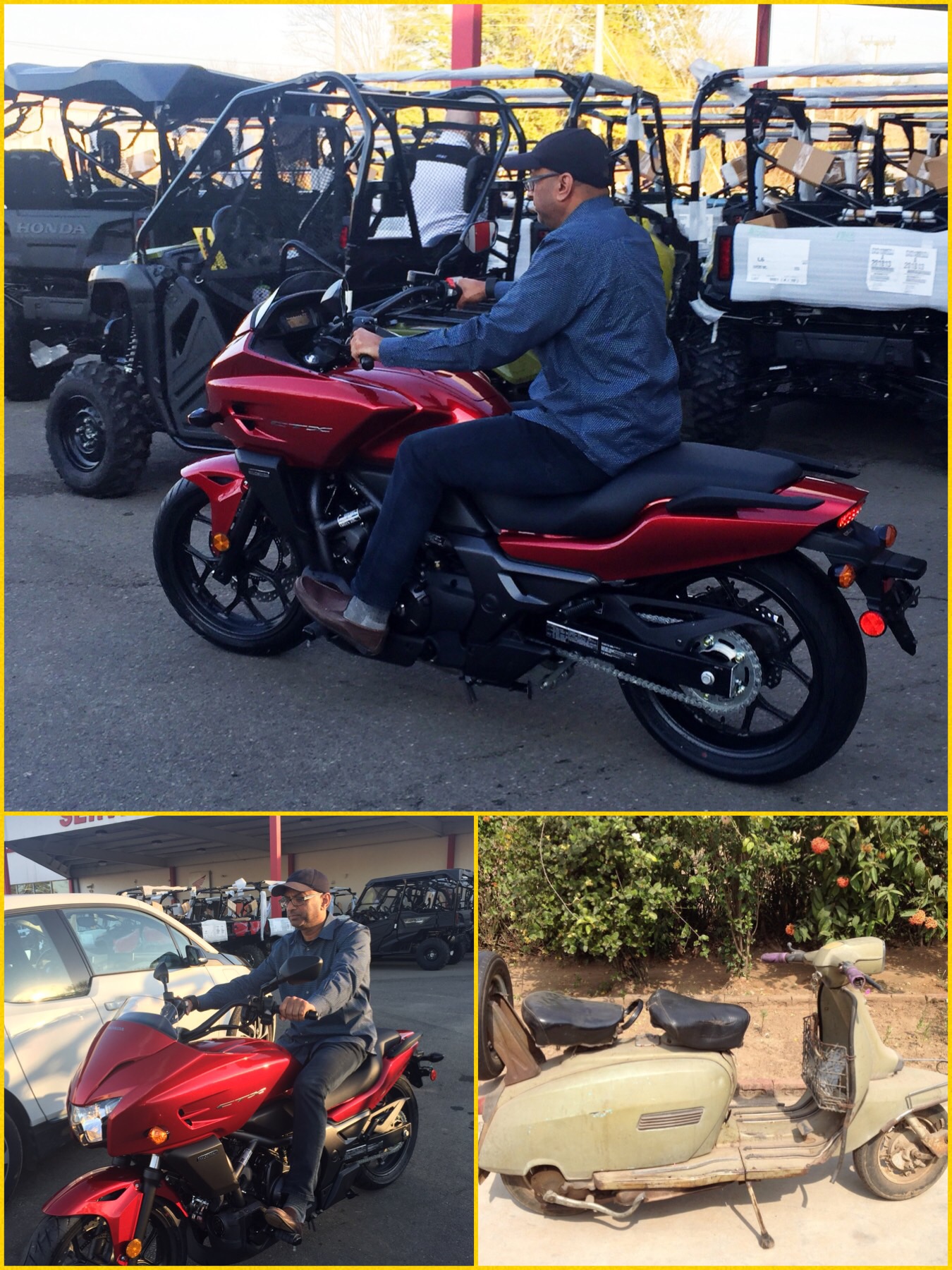