That is what we were called – all the residents of our hostel “Alakananda” (shortened to Alak) in IIT Chennai. Don’t ask me why but all our hostels (that purportedly did not move) were named after rivers and our college buses (which, to the naked eye appeared to move at a ghastly gait) were named after mountains!!!

Thanks to Srinivas Aluru, this motley crowd of five Smart Alecs got together for a lunch and – as the other picture would suggest – some more!! You can always trust Srinivas to be the gracious host for these kind of things.

I saw both Ramesh Mantha and Ratnakar Rao after 28 years!! I can’t believe how Ratnakar remembers every person’s name and details from those years. Sometimes we would be like – “remember that guy – curly hair – good in hockey… ” and he would take another sip of his coke and go “his full name was so and so”. And all of us would go “how did you do that?”.

It was great to see Ramesh’s intellectual curiosity has not left him. And neither has the memory of losing the Sports Secy election to me by 4 votes 🙂 Truth be told he got elected the next year and was much more effective than me. We had played in multiple inter-IITs together and even won the 3-a-side volleyball tournament in college. I probably should mention that he was a regular player and I was a substitute in that team. But I got a gold medal that looked just like his, ha ha!!

It was great to see Ravi Ballamudi in my territory today. Last time I saw him was in a restaurant midway between Milwaukee and Madison on whatever that highway is in his home state of Wisconsin. Clearly, he had the most mature and astute observations of the evening!! 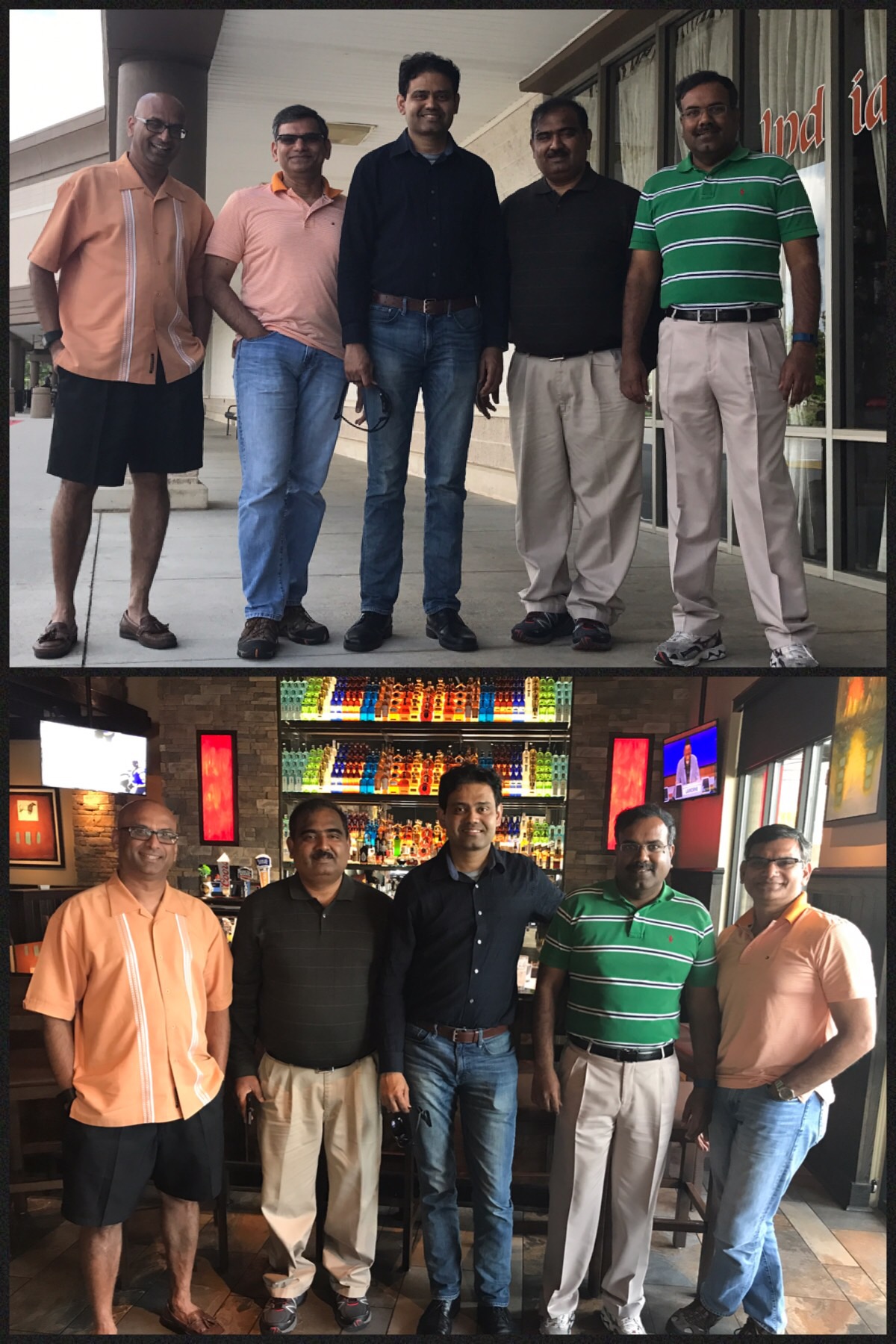