Meeting a special senior from my college days…

Dropping by San Francisco for a few hours of customer meetings tends to be tricky for me when it comes to my personal time. First, I have way too many old colleagues, teammates and college friends in the Bay Area. I am always worried of upsetting somebody as I try to go thru my list of folks to meet with when I get time. Second, I am usually three hours ahead due to the time difference. When office meetings end, it is almost 9PM for me by Atlanta time and if there is a business dinner involved, I am pretty much toast by 8PM San Francisco time – which is 11 PM for me.

My flight was going to land at around 7:30PM. Strictly speaking, that was 30 minutes past my bed time. And this was after being cooped up in a plane for six hours going from Washington DC to San Fran. Ninety nine percent of me wanted to get to the hotel quickly and sleep. One percent, though, reminded me how I had promised Rajat-da that I will come and meet him sometime for sure.

Not quite sure if he would be free, I contacted him from the plane and asked how far his home was from the airport. His immediate answer was not to worry about such things and he would drive down to meet me. And that is how Rajat-da and I got together in a bar in Mountain View to catch up on our lost time over a drink and a quick dinner. The last time I had seen him was in 1987 – so there was three decades to catch up on.

We recollected our old times on the soccer field. Rajat-da was one of our ace players in the team. I was not so. I was the goal keeper of the team and my skills in goal keeping would make a neophyte to the game conclude that the goal keeper’s job was to escort the ball all the way into the net 🙂 But I did make it to the team and in fact Rajat-da and I had gone for a few out-of-college tournaments together too. In fact, we recollected how he had scored the solitary goal that put us past our arch rival in an Inter-IIT meet in Kharagpur on our captain Hasan’s birthday! If I remember correctly, I think Rajat-da also represented our college in table tennis (ping pong).

But that is not how I had met Raja-da to begin with. My first meeting with him was in his hostel room where I had gone to introduce myself – he was my assigned Student Counsellor. I remember he gathering the other three students he was assigned the Counsellor role of and took all of us to Taramani village outside the college campus wall (or as we called it then – Tarams for some “cutting chai” )

Spent quite some time getting to know Rajat-da’s family in India and US and his journey in his professional life. Living where he lives, no surprises that he has spent a lot of time with start ups. The differences in perspectives were great learning points for me on the work front.

And on the personal front, deciding to stay up and meet him – was the best call ever!! 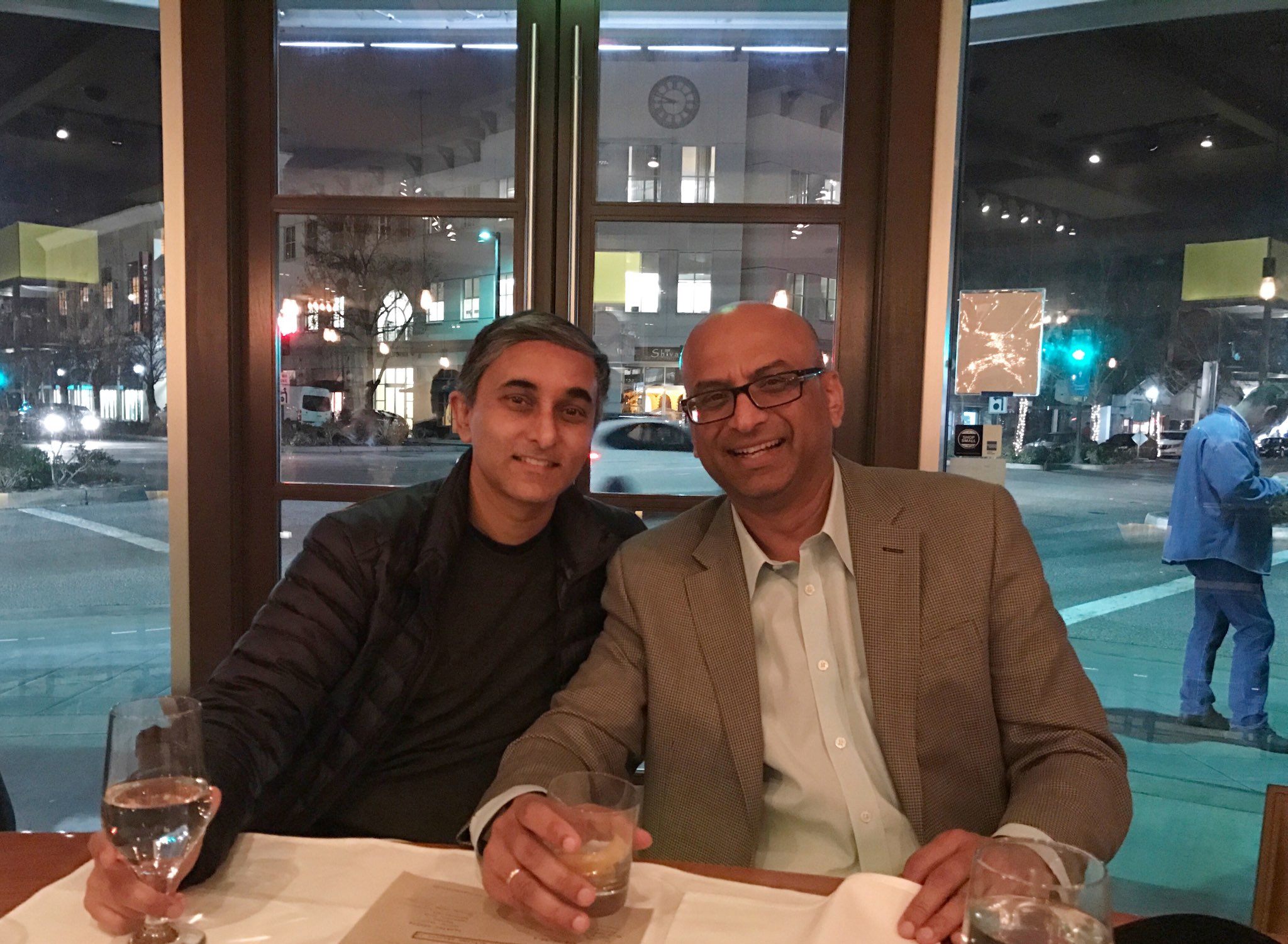