Our scheduled time to leave for the airport was 10:30 am. I changed my plans this morning to start half an hour early! I had tried to call a friend of mine from 11th and 12th grade last night. I thought he lived in Kalyani. But I never got a chance to talk to him (phones were off). This morning I found out why. He called me up from Delhi to let me know that he is out of town with his wife. I had almost put the phone down promising to meet next time when, out of a hunch, I asked him “Do your parents live in Kalyani?”. He said “Yes”. “Okay, I will swing by to say Hi to them”.

And that is why we started half an hour early and very soon my brother pulled up in front of Debasis’s house. Both of us went in and introduced ourselves. Debasis had already called up his parents and let them know. Which was a blessing because his elderly parents did not start howling that burglars were invading their house. On the other hand, that gave enough time to his mom to make some food and she kept insisting that we have something before we left.

We explained that I have a flight to catch and then caught up about Debasis and my Narendrapur days. He was in the same dorm as I. And apparently, his parents visited him every weekend. So, my guess is that I have seen his parents a few times but I certainly could not recollect.

Now what I did not tell you is that when we sat down in their living room, there was another set of elderly parents in the room. We assumed they were visiting Debasis’s parents and that we had interrupted them. I figured we would just be there for half an hour and leave without hopefully interrupting them too much.

In any case, I did turn around and started talking to the other gentleman..
“Aapni-o Kalyani-tey thhaken?” (You live in Kalyani too?)
“Hnah” (Yes)
And then he asked “Aapni kothay thhaken?” (Where do you live?)
“USA”.
He got a little excited… His wife made the next statement “Aamader chhele-o to USA te thhakey” (Seems like their son is also in the USA).
“Tai? Kothay?”, I asked trying to find out where .
“Atlanta”, she said.

Now it got interesting….
“Ki Naam?” I wanted to find his name.
“Partha. Partha Das”, she said.
Frankly, I could not say that I knew a Partha Das in Atlanta. So, I tried other ways – like where exactly he lived (they did not know), where he worked (Cognizant), but nothing led me to make any connection.

“Tell me something”, I asked. Did Sreyashi’s mom visit them in Atlanta in the last twelve months?
“Indeed”, they said.
“Aha”

To tie the other loose end of the string of this story, I have to take you back quite a few months. I was getting ready to leave for India when I got a call from our dear friend Sudakshina in Atlanta enquiring if I could bring some medicine from India. I was totally okay as long as it was not overly bulky. I also wanted to know if everything was okay.

And that was that!

Of course, now that I have met their parents (in laws), I have to become friends with Partha and Sreyashi when I go back. Not to mention that when I am back in Kalyani again, I have to go back to Debasis’s house to spend more time with his parents. And hopefully this time he and Joyoti will be there too!! 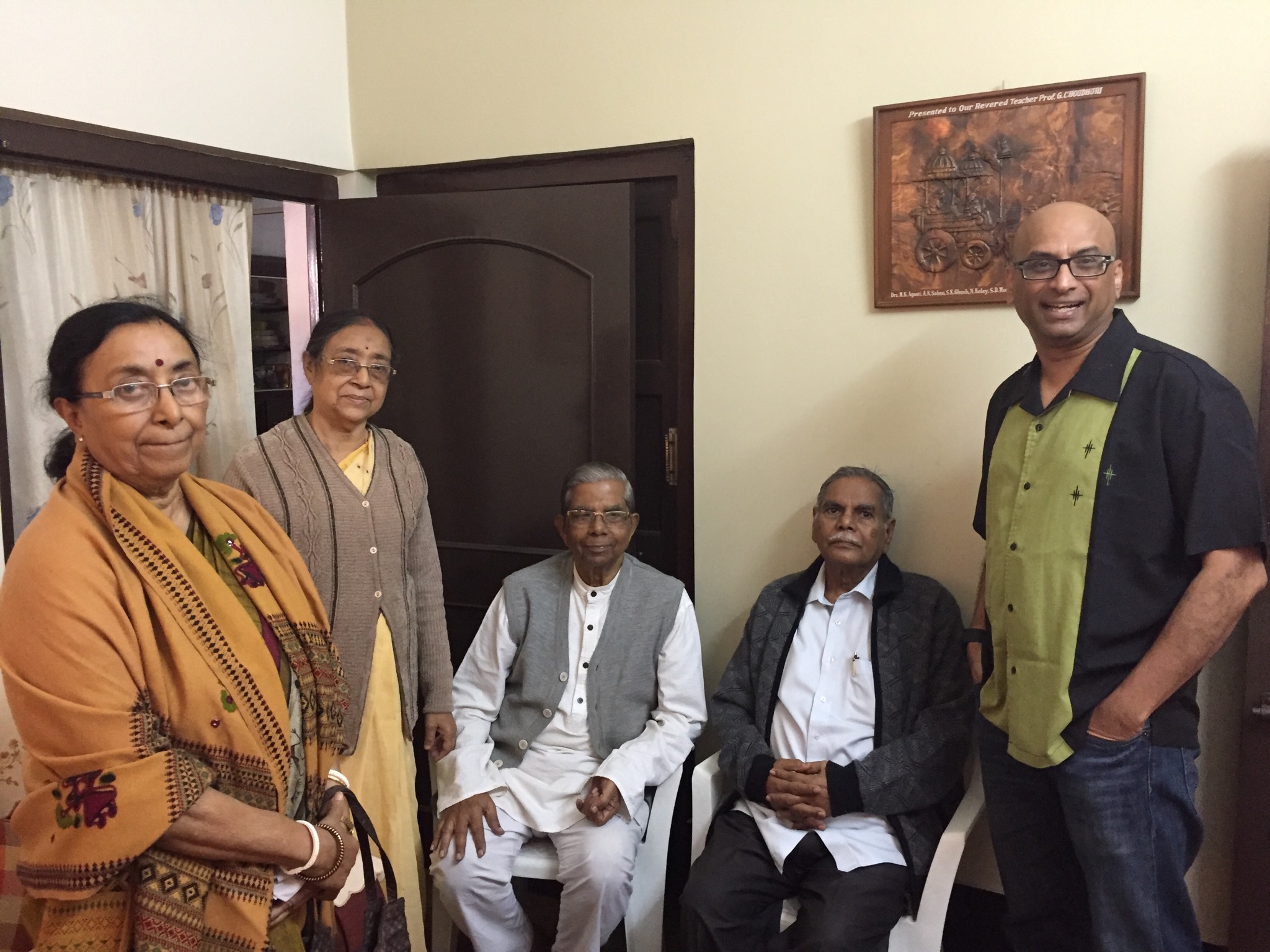