It is like nothing changes … even twenty five years later…

After last week’s coast to coast meetings, this week has been a repeat. Today was a very long day again. Those six hour long partnership negotiations don’t get any easier. And then I had to endure the two hour long Los Angeles infamous traffic on 101 and 405. Finally, when I sat down in the Delta Sky Club, I realized it was already 10 PM by my time and I was terribly hungry.

Came out of the Skyclub and sat at a bar in a nearby restaurant. After starting the evening with an Old Fashioned, I settled for chicken wings for dinner. The wings absolutely stayed true to their name – Five Flame. Just as I was gorging thru my dinner, a couple came up and attempted to settle down in the two chairs next to me.

I moved a little to make space for them. The guy looked at me and asked “Five Flames”? I can only imagine what he must have seen. I had shaved my head in the morning and on those days, having spicy wings undoubtedly meant that I was sweating bullets thru my pate. In any case, we got started talking…

“So, where are you headed to?”, I asked.
“Tahiti and Bora Bora. We are going on our honeymoon.”
“Congratulations. Where are you coming from?”
“Atlanta. She grew up in Atlanta. Her parents live there.”.

I looked at her and was incredulous. What is the chance that I would be sitting next to somebody from my town?

Well, this was getting spooky.

“Where in Alpharetta”?
At this point, she had no idea who I was or where I was from. I am sure she thought I was weird (well, she was not the first one to think so), but she persisted – “Barnwell Road”.

“On the Old Alabama side or the Holcomb Bridge side?”. That pretty much did it. We had started laughing out hard by now.

It turns out, Maria moved to Atlanta before her high school and her parents still live there. And where they live is on my way from home to office everyday (when I am in Atlanta that is). Both she and her husband Ryan are in social media marketing. He grew up in the midwest and has lived in Indiana and Chicago. She spent some time in New York. We talked a lot about the Washington Square Park area where she used to live and as does Natasha now. In a total coincidence, Maria had targeted NYU and USC as her top two colleges. As did Natasha!!

Here is another coincidence… after their food came, the first thing Maria did was started picking up food from Ryan’a plate. That is exactly what Sharmila does (not from Ryan’s plate; I mean from my plate). I warned Ryan that twenty five years of marriage later, he should not expect anything different.

After having a lot of fun at the end of a rather stressful day, I had to say goodbye to the young just married couple. I did promise to check up on Maria’s octogenarian parents some time. Wait till they get the shock of their life – when a weird clean shaven Indian drops by for coffee!!

I want to see if her mom picks up food from her dad’s plate. Maybe I have some hope twenty five more years later that I can have my whole plate to myself!! 🙂 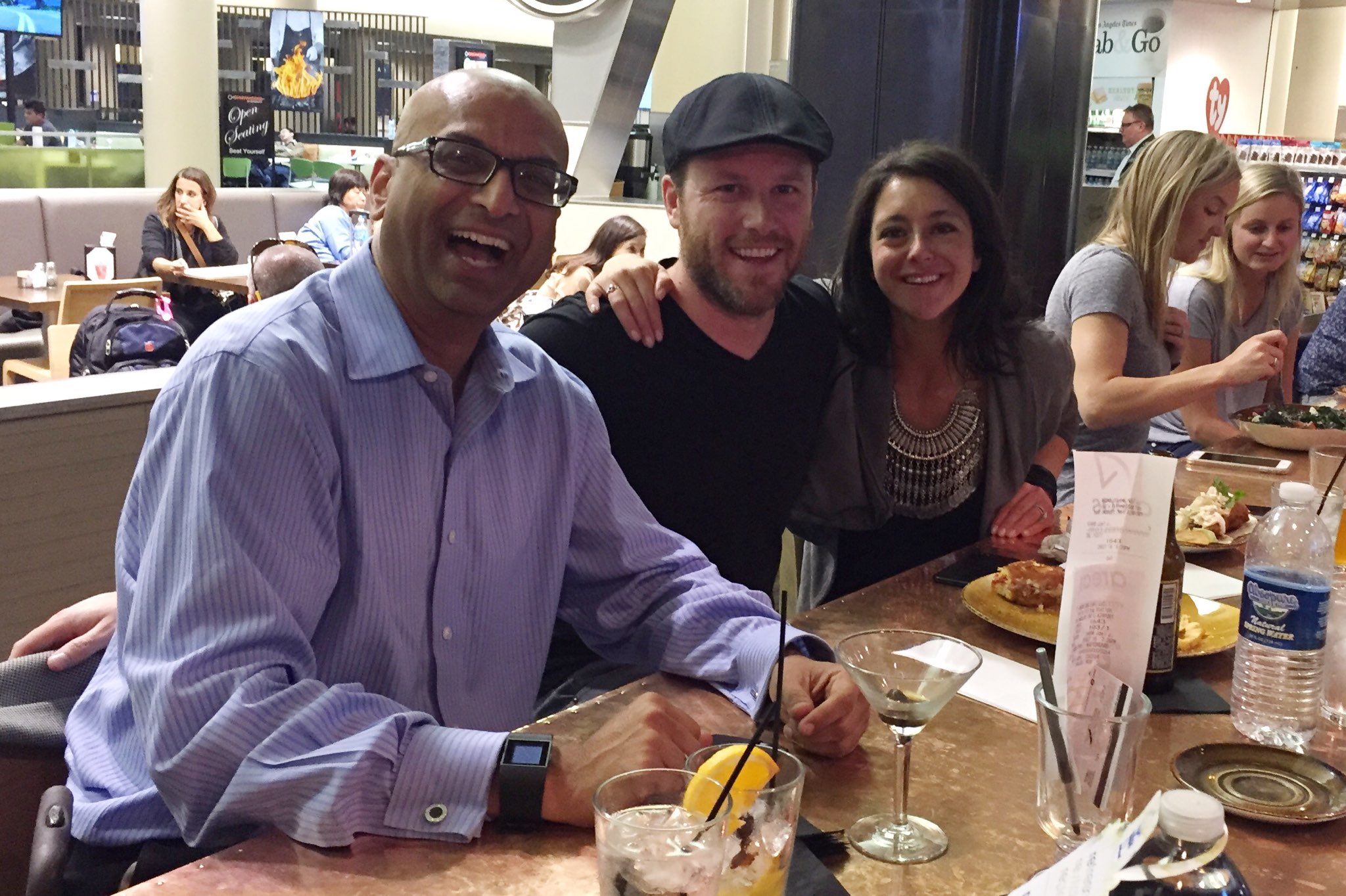