From the bartender’s desk – Allaura 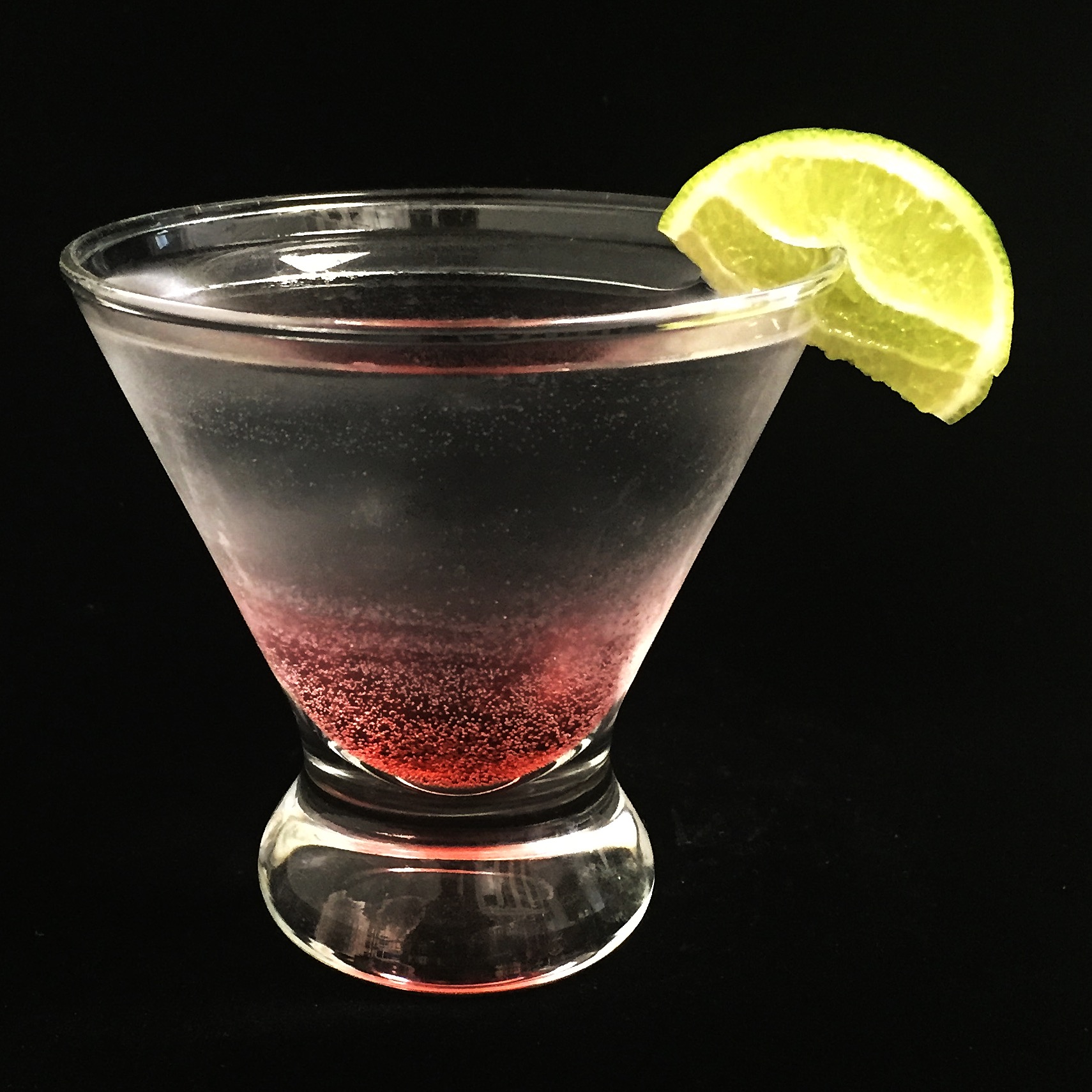 From the bartender’s corner – Rangpur Chill

Last week, when I was in Portland, I went back to East India Co and made friends with Cain at the bar there. After letting him know that I loved the Tamarind Ginger Tantra – which was his favorite drink, I asked for his second favorite. Went with the Rangpur Chill.

This is Rangpur Chill with a slight variation. It has Tanqueray Rangpur gin, muddled Indian chillies, cucumber and sweet and sour. Additionally, I threw in a little of UV’s Sriracha Vodka to have a heightened smell of spice without making the drink too spicy. Rangpur is an area in Bangladesh which is famous for its limes. (actually tastes like limes but more orange-y in color). The gin is infused with it. 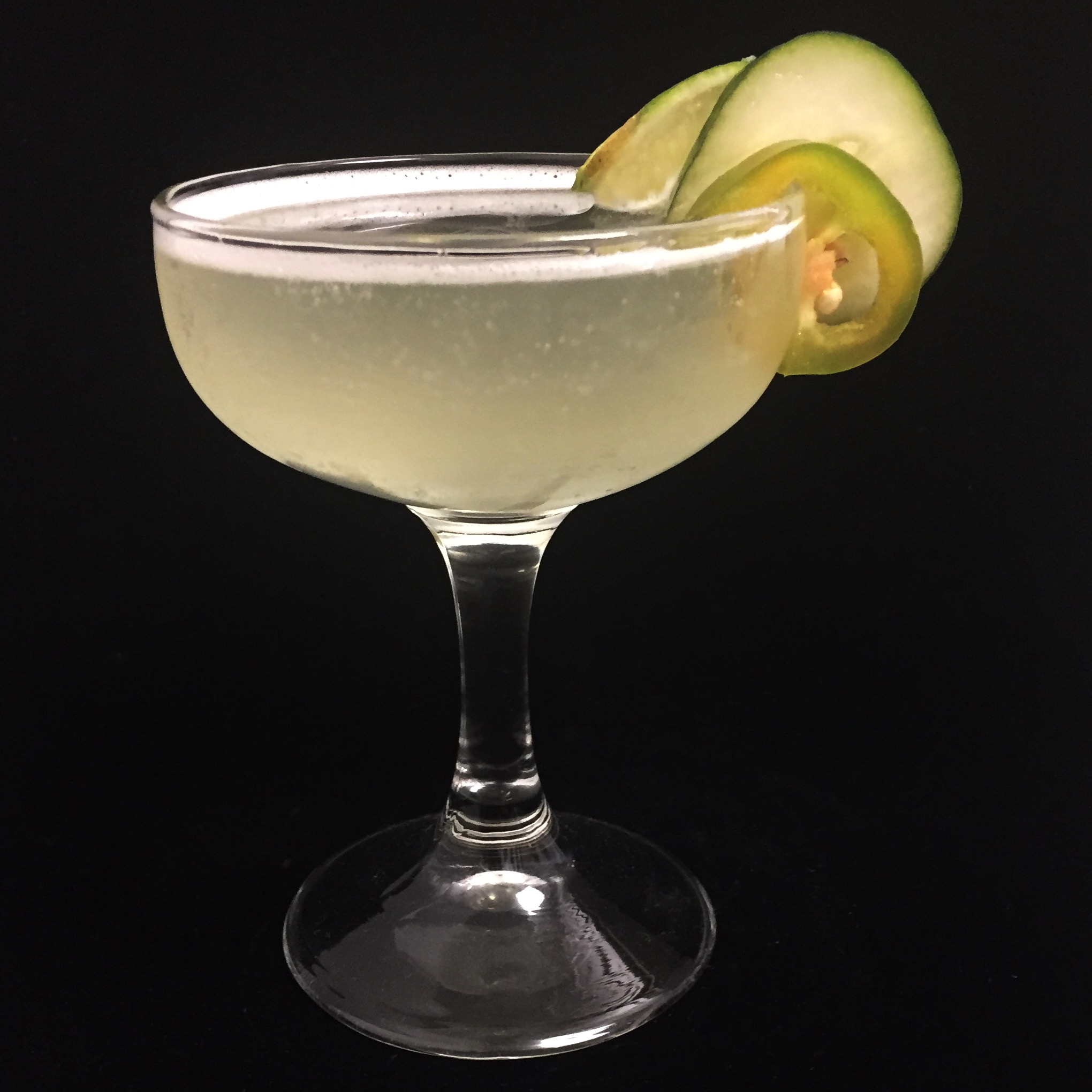 Close on the heels of Olivia producing a faux million dollar bill a few weeks back, I had another great experience. Last evening I had gotten together with my colleague from a previous life and a personal friend now – Shari – for a drink at Ray’s on the River to catch up on a few professional and personal things. Somewhere, in between those sips of white wine and an Old Fashioned, as we were discussing a work related item, Ashleah who was working the bar, popped up with her “Can I get you something else question”.

As deep as I was in our discussions, I have never been known to pass up on an opportunity to repeat an old joke. Before I knew it, I had already rolled out my “A million dollars would help!” answer. It had the usual reaction of laughter all around and that was that as Shari and I went back to our discussions.

Now get this – when I asked for the check and it duly arrived, I signed off on those two pieces of paper (my copy and the store copy) and I thought there was one more piece of paper below that. Half curiously and half mechanically, I removed the top two pieces of paper. And there it was – the best surprise of the evening.

Apparently, not to be outdone by my smart Alec comments, Ashleah had gotten hold of a white piece of paper roughly the size of a bill and drawn all over it to look like a million dollar bill! With a picture of a girl – I assume herself – and the $1,000,000 clearly marked out!

Both Shari and myself realized what had happened and laughed out loudly. We then had Ashleah come over to where we were sitting and take a picture with the bill and myself. We were still laughing as we walked out of the bar.

Okay, Ashleah, we will give you this one. For that quick thinking, sense of humor and the effort taken, we will admit that you are a million!! 🙂 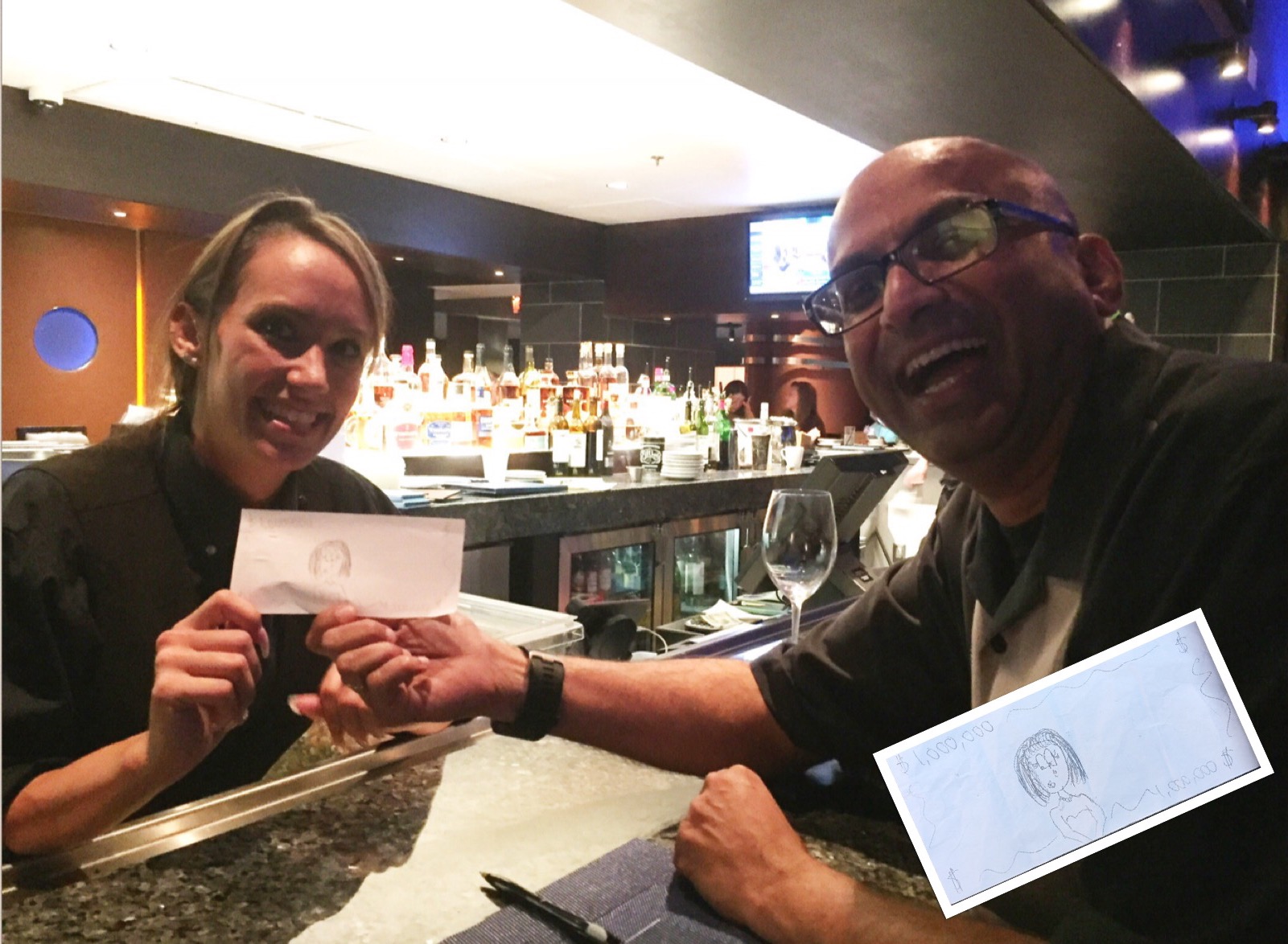 A great winery in Oregon

If you are ever in the Portland area, do not forget to visit Blakeslee Vineyard – a short 30 minutes drive away. We were there a few days back. Just outside Sherwood, Bill and Sheila built out this winery in the beautiful Chehalem Mountains.
Also do not forget to meet Mary in the tasting room. She was instrumental in having the tasting room established about three years back. She had some great stories of the grapes from the different years. I am not particularly a white wine person but the Chardonnay (was that 2012?) really left a great impression on me. That, and the 2012 Reserve Pinot Noir!! 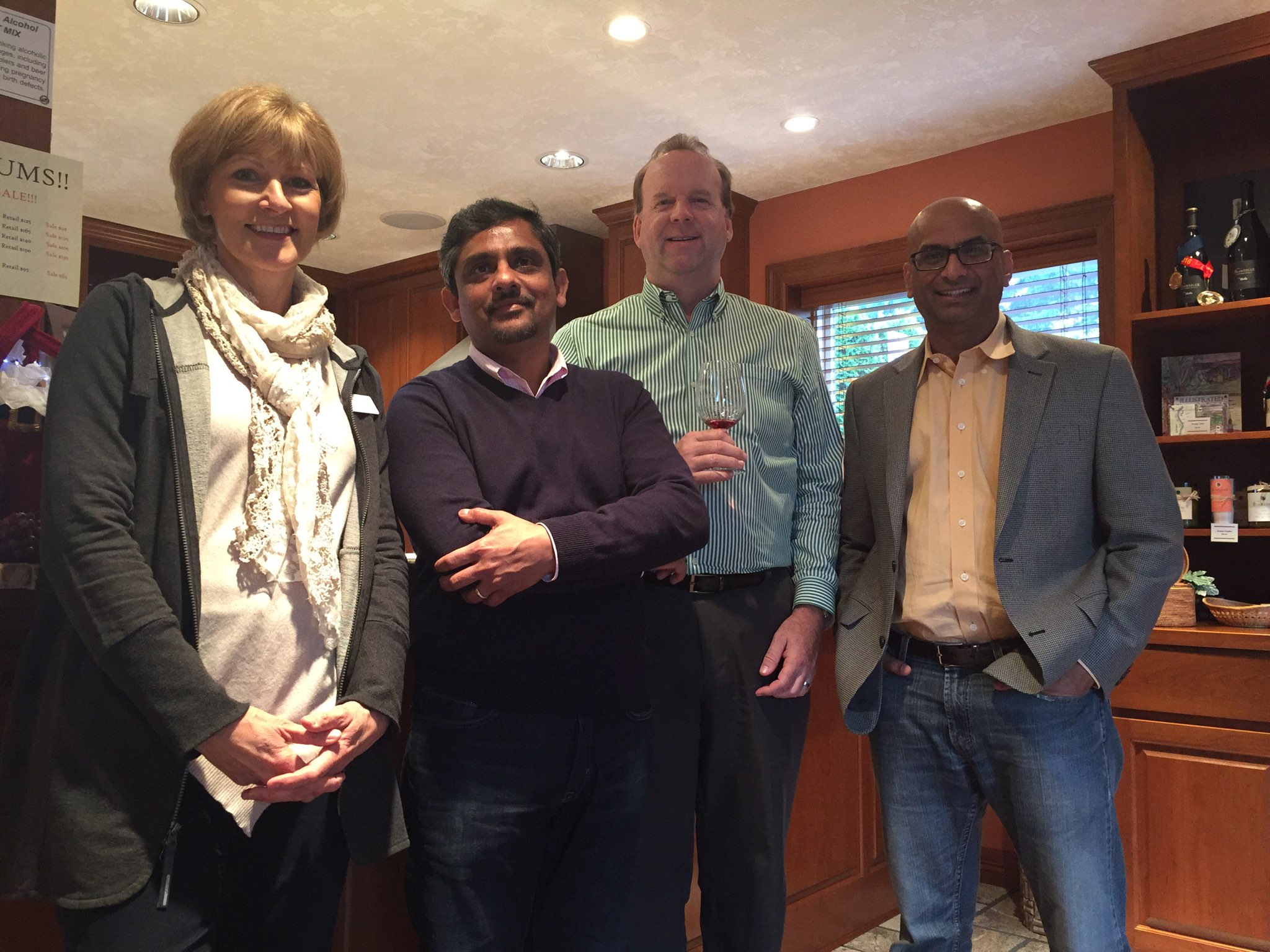 Pregnancy and Alcohol do not mix…

Upon seeing this (it was in a winery), my friend Anand – known for his very subtle and dry humor – immediately retorted – “Yeah! But they are correlated”. 🙂 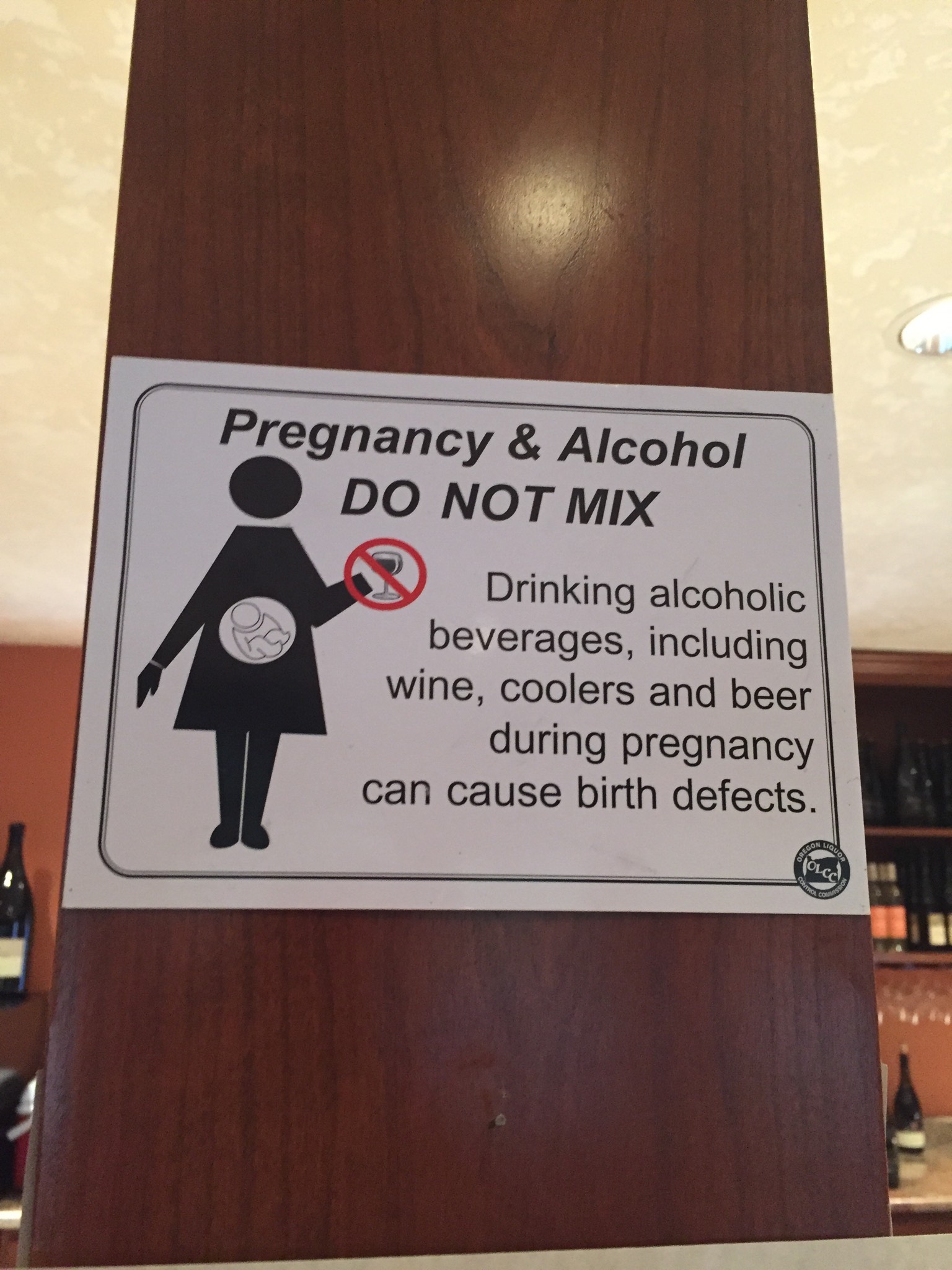 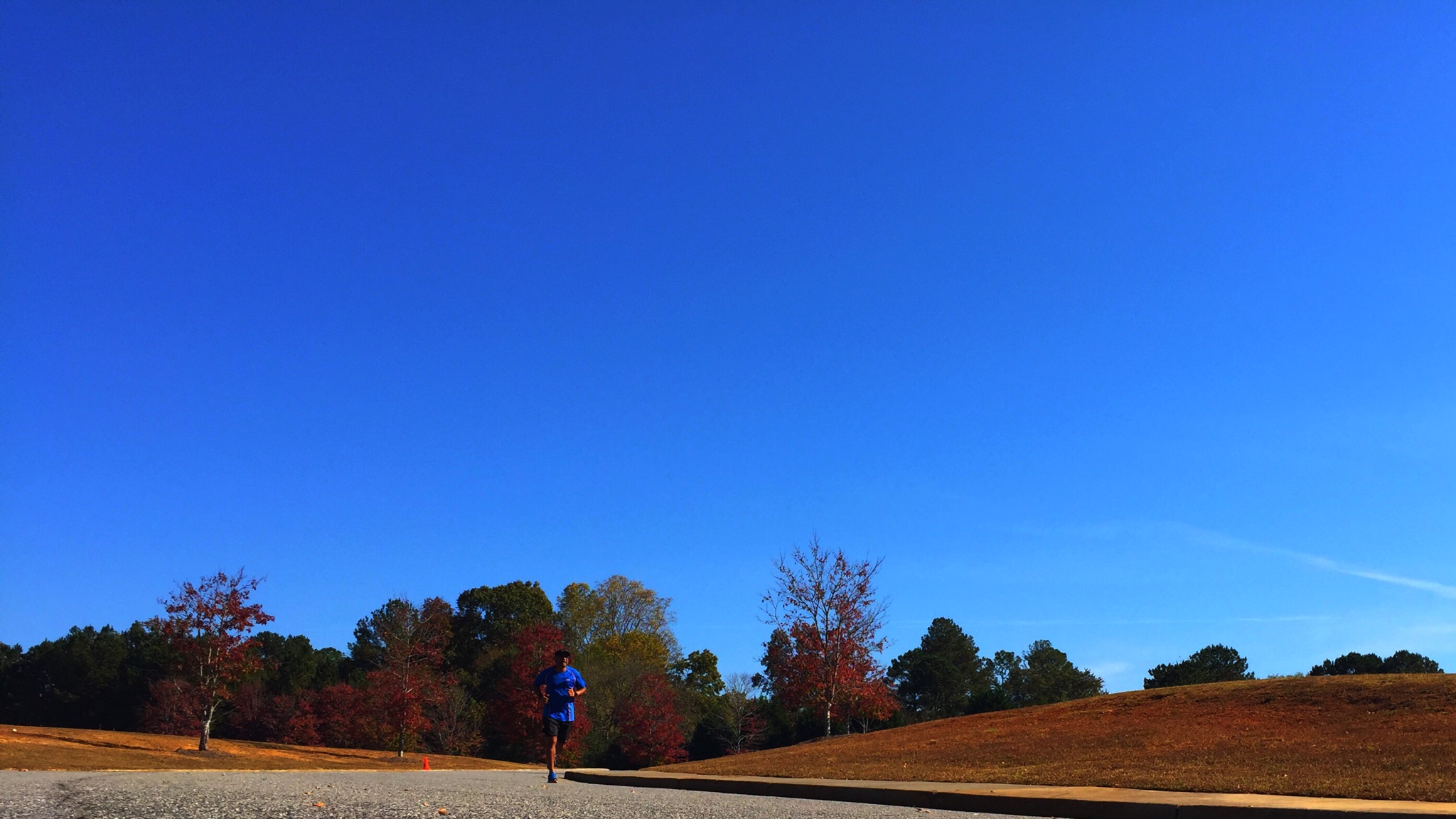 Another hectic week. Another Friday evening decompressing with Jay Jay.

This one is my Ghulam Ali..

Roughly translated…
Everybody falls in love, but
How many hearts reach what they seek?
Spring comes and visits every garden, but
How many buds really get to bloom? 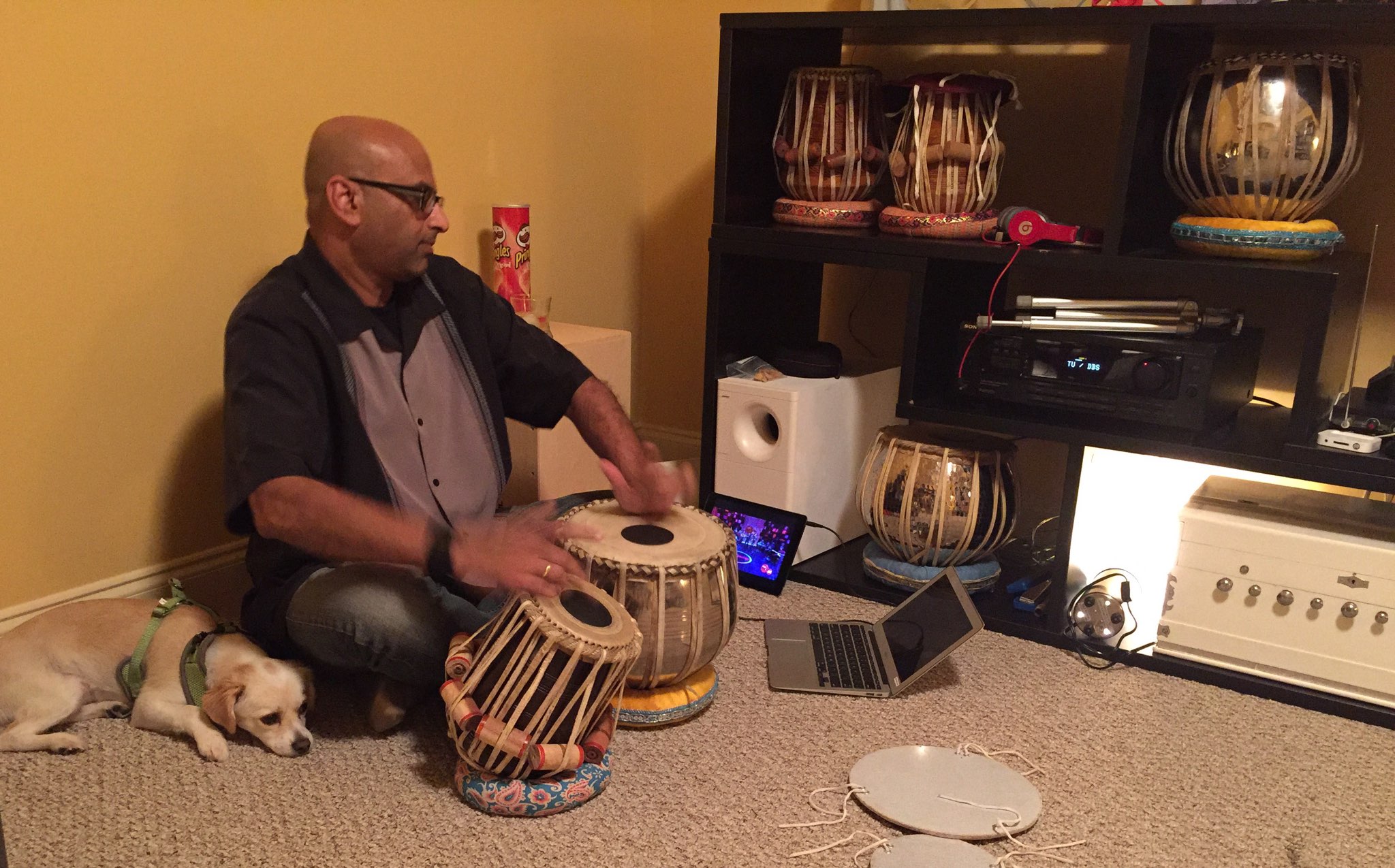 Only one thing can top off a musical evening on a Friday to decompress – an hour or so with Amitesh and Anusuya for drinks. I am still amazed that Anusuya laughs at my old jokes 🙂 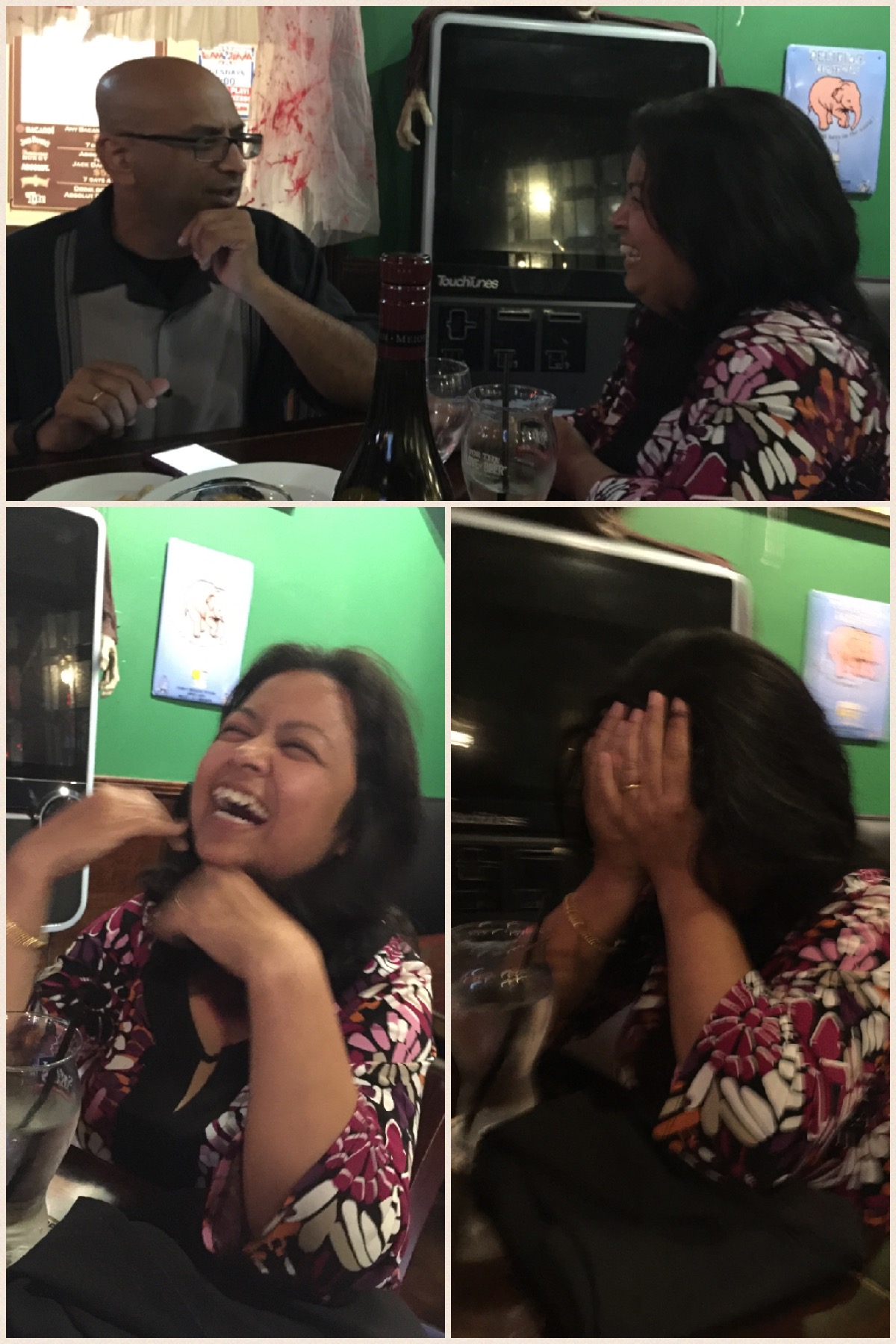 Another great view in Oregon

A cloud covered day (yesterday) in Blakeslee Vineyard – a family (Bill and Sheila Blakeslee) owned vineyard near Sherwood, OR. That is my friend Mark walking downhill to capture a shot of the bright yellow grape vines. Great views. We need to go back on a sunny day… 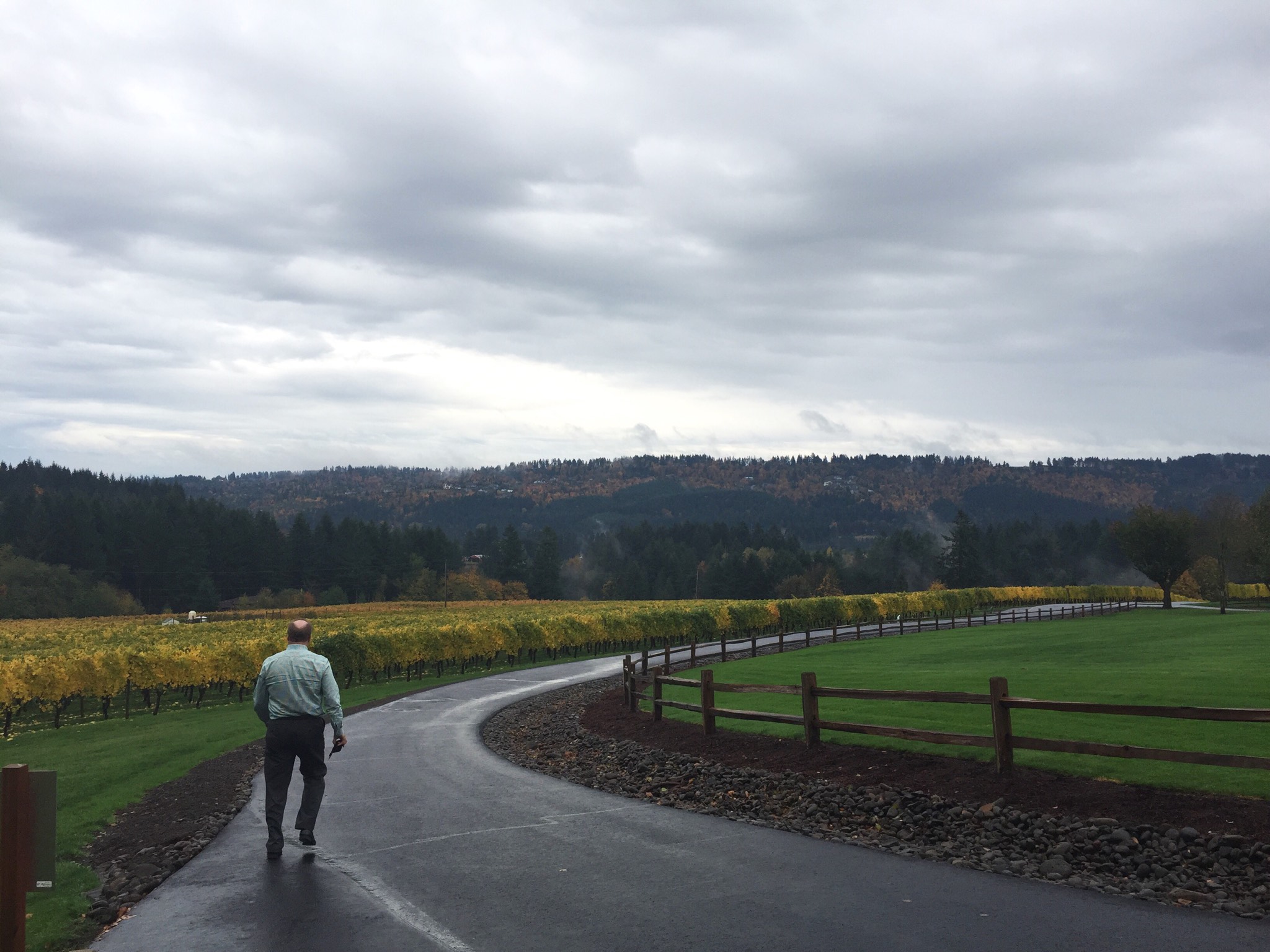 Somebody has a sense of humor!!

This is the first thing to hit us as two of my colleagues and myself walked into a winery half an hour away from Portland after all our meetings yesterday. I startled my friends – Anand and Mark – and all the people around with my loud laughter.

That is an amazingly great pun with a perfect sense of location!! And I am such a sucker for puns!! 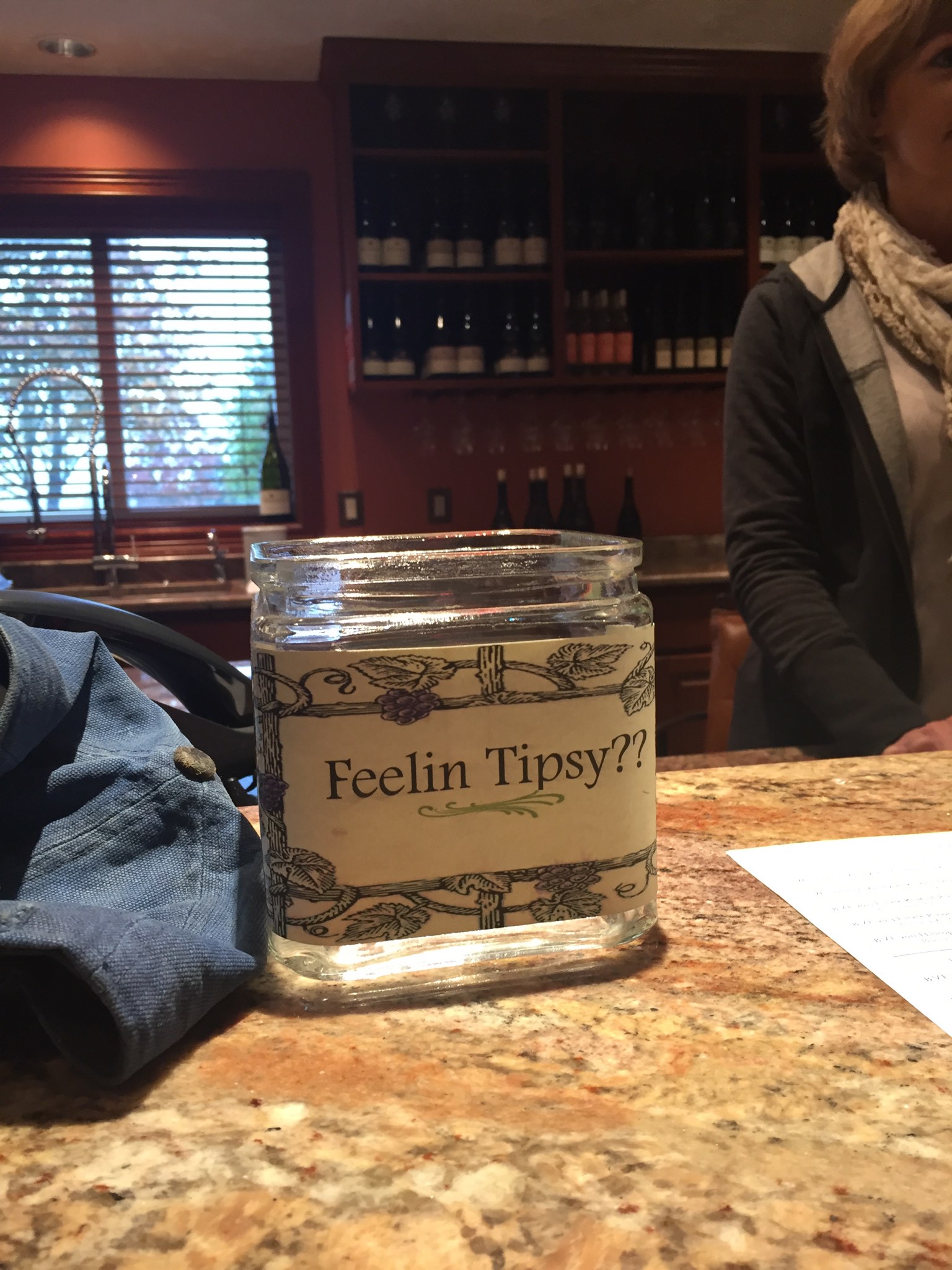