Remember that lady who let the tip of a dart dictate the course of her life?

Last year this time, if you recollect I had gone to a restaurant with my friend Dan and then made friends with the manager of that place – Yui – who was from Japan and landed up in Kenosha, Wisconsin because of a dart she threw on an US map and that is where it landed. In a final twist to the story, we found out that Dan was actually stationed near the small place she was from back in Japan when he was in the Marines. You can read about it here

In any case, this week, I had a dinner with a Board member and we went to the same place. That gave me a chance to catch up on Yui a year later. Pat (the Board member) was excited about the whole story. So we took a picture of the three of us with the biggest wine bottles we could find around 🙂 (Last year, Dan had taken a picture with a big wine bottle in hand. Do not remember why.)

Anyways, it was good to catch up with somebody who I made friends with on the road. I understand now she is following a modeling career too. Maybe someday I can say I personally know somebody famous 🙂 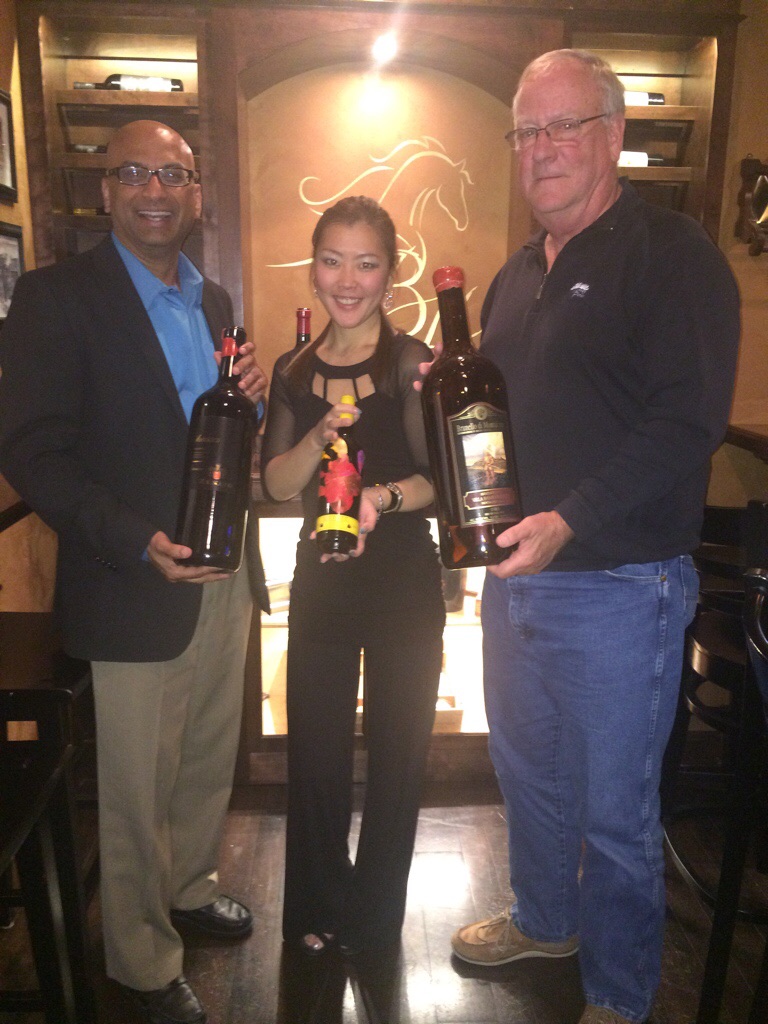 Posted May 14, 2015 by Rajib Roy in category "Intersection Points