A dart changed the course of her life!!!

Here is an interesting story from my travels of last week. My new friend Dan from my new job and I went out for dinner in Sheboygan when I was there early part of last week. There are not a lot of places to eat but Dan found us a nice place in Kohler called The Blind Horse which is a great restaurant. They have their own winery too!

She asked us where we were from and what we were doing in Sheboygan. BTW, I am yet to see another Indian in Sheboygan from my four days here 😉 So, no wonder, she was curious 🙂 Anyways, after we were done with our stories, I asked her about her journey. And I got the most fascinating story ever!

Yui was born in Japan and finished her school there. She had, at an early age, also visited Australia and stayed there for some time. Early on, she realized she did not like cities and crowd. She wanted the countryside and rural pace.

One day, her parents and siblings were at a bar in Japan that had a huge map of US. They were discussing about the places in US. None of them were much aware of US cities. Eventually, they started playing a dart game. On a whim, Yui came up with an idea – she said she would cover up all the crowded places in US and throw a dart. Wherever it landed, she was going to pursue higher studies there.

A little research pointed her to Lakeland college nearby. It helped that they had a branch in Tokyo. She found out more information from that branch, applied and came over. She studied in Lakeland, met her husband here and now is managing the restaurant and winery.

What an outstanding story!!

Would you have the guts to let your life course be dramatically altered by the tip of a dart?

If any of you ever swing by The Blind Horse near Sheboygan, don’t forget to say Hi to her. She is also a great mixologist if you are into cocktails..

In all this excitement, Dan suddenly asked her something about the small place that we was from in Japan. Yui was surprised at the level of detail that Dan knew about her place. Finally Dan revealed his marine background and how he was stationed by her place for a few months.

Go figure!!!! What are the chances of that? He was stationed by the small place where she threw a dart to come to the place where he lives!!! 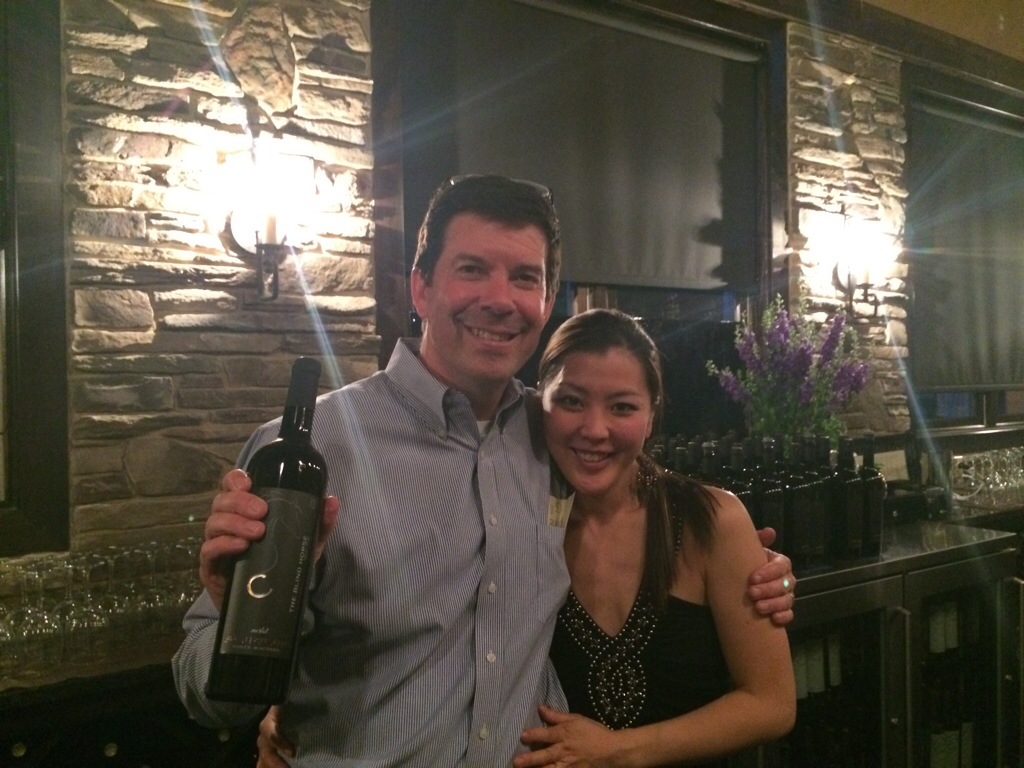