Today, I did one of those one-way runs. Instead of looping back to the starting point, I started from home and planned to finish up at the Starbucks where the old running group – Chalupa – would gather for coffee after their run. Sharmila was going to bring me back.

At some point, I entered the Greenway trail and by my math, I would reach the Starbucks about ten minutes after the group had reached. You can then imagine my surprise when I saw the whole group posing for a picture in the trail. I did my best to photo bomb the picture with hands flailing and tongue sticking out!

Once I caught up to them, I had the familiar request “Aamader ekta chhobi tuley debey?” (Will you take a picture of us?) 🙂

Finished the rest of the segment and reached the Starbucks, predictably ten minutes after they had reached in their cars. 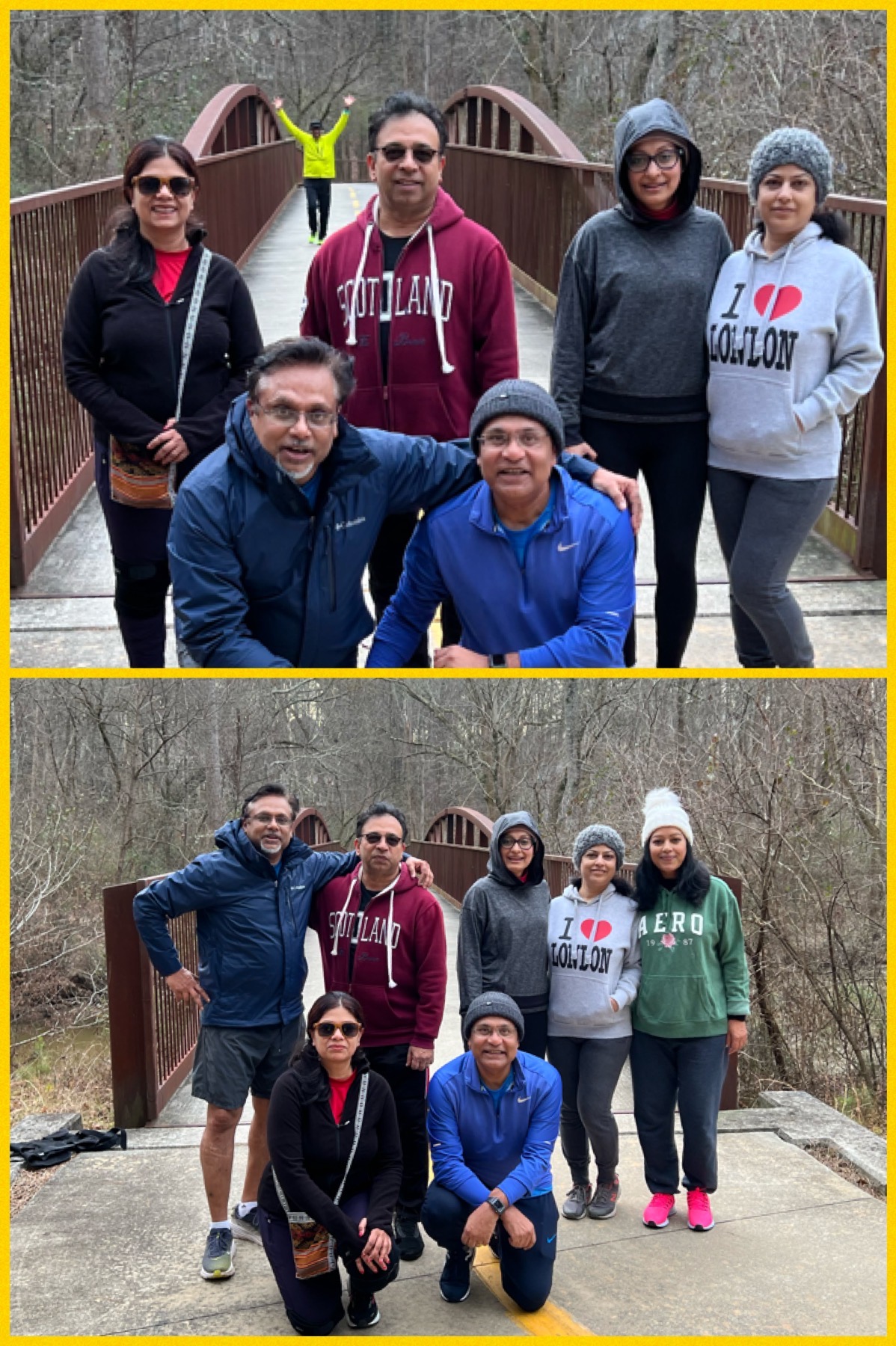