What I remembered today

Now, as a background, you might want to know that I was sent away to residential school at the age of 16. Thru high school and then college and subsequently while working, I used to come back home fairly often. At least, more often than most of my friends.

The first two hours of the routine in every such trip never wavered. Invariably, I would go to the kitchen where mom would be busy cooking and stand there at the door and chat with her. It would be a fairly one sided conversation. I would basically dump on her in a couple of hours everything that had happened to me since I met her last.

And after that, I would completely vanish. For the next couple of days, I would be out on my dad’s Vijay Deluxe mostly spending time with my friends or out there on the field playing with my brother.

All that changed during those years was that she moved from a coal fired oven (I still remember she making the hot rotis on it) to a LPG gas burner. Instead of sitting down to cook, she moved to standing and cooking. But other than that, my side of the routine never changed.

All that changed of course. when cell phones came. I talked to her every single day. Therefore, during my quarterly visits, there was not much “catch up” to do.

Those memories of a young boy standing at the kitchen door having a monologue with his mother is what flashed by my mind first thing this morning.

Two years later, I sometimes still instinctively reach for the phone to call her in the morning.

Today was the day, two years back, she suddenly collapsed and unexpectedly died.

These kind of fond memories are what she left. 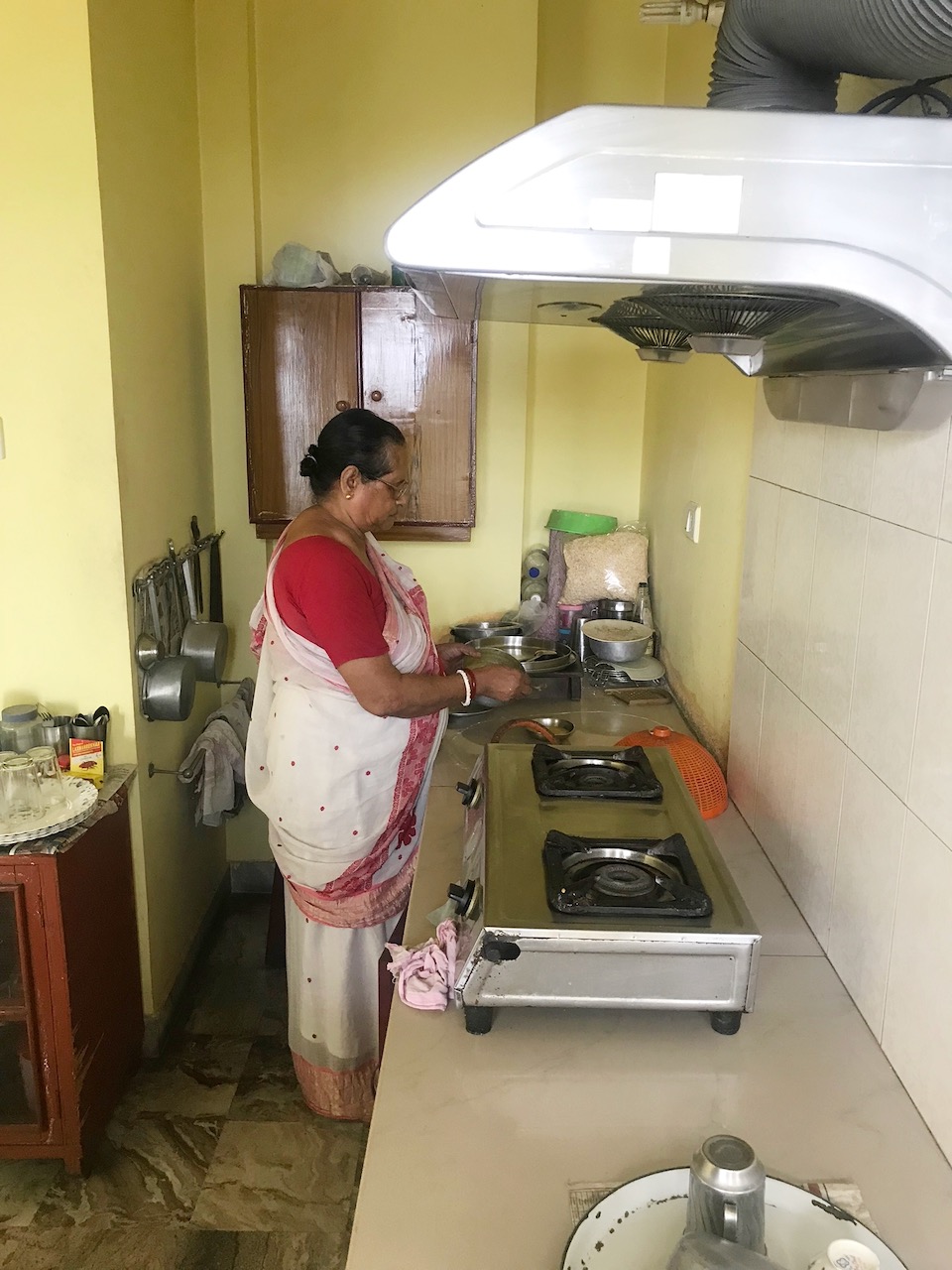 Posted December 18, 2022 by Rajib Roy in category "Family in India