This evening when we went down to the beach by the Dead Sea to do the mud-salt rub and the floating in the Dead Sea thingy, I was hoping to run into Mahmoud. He is a young guy that I had met last time (see the smaller picture with my outstretched hand). He had rubbed the salt on my hand and asked me to try the mud and salt. I had demurred and bowed out.

But between his broken English and my non existing Arabic, I had told him that I would do it the next time. He told me he would get me some salt crystals then.

Mahmoud was indeed there when we went to the beach today. We started talking and I realized he had not recognized me. So, I fished out the old picture of us from the phone. He immediately jumped up!

Got us a fresh pile of mud and salt stack. Followed by some bottles of cold water. And then after making sure Sharmila and I had a good time with the whole experience, he ran back somewhere and showed up with some large salt crystals (see picture)!!

Couldn’t believe that he remembered. 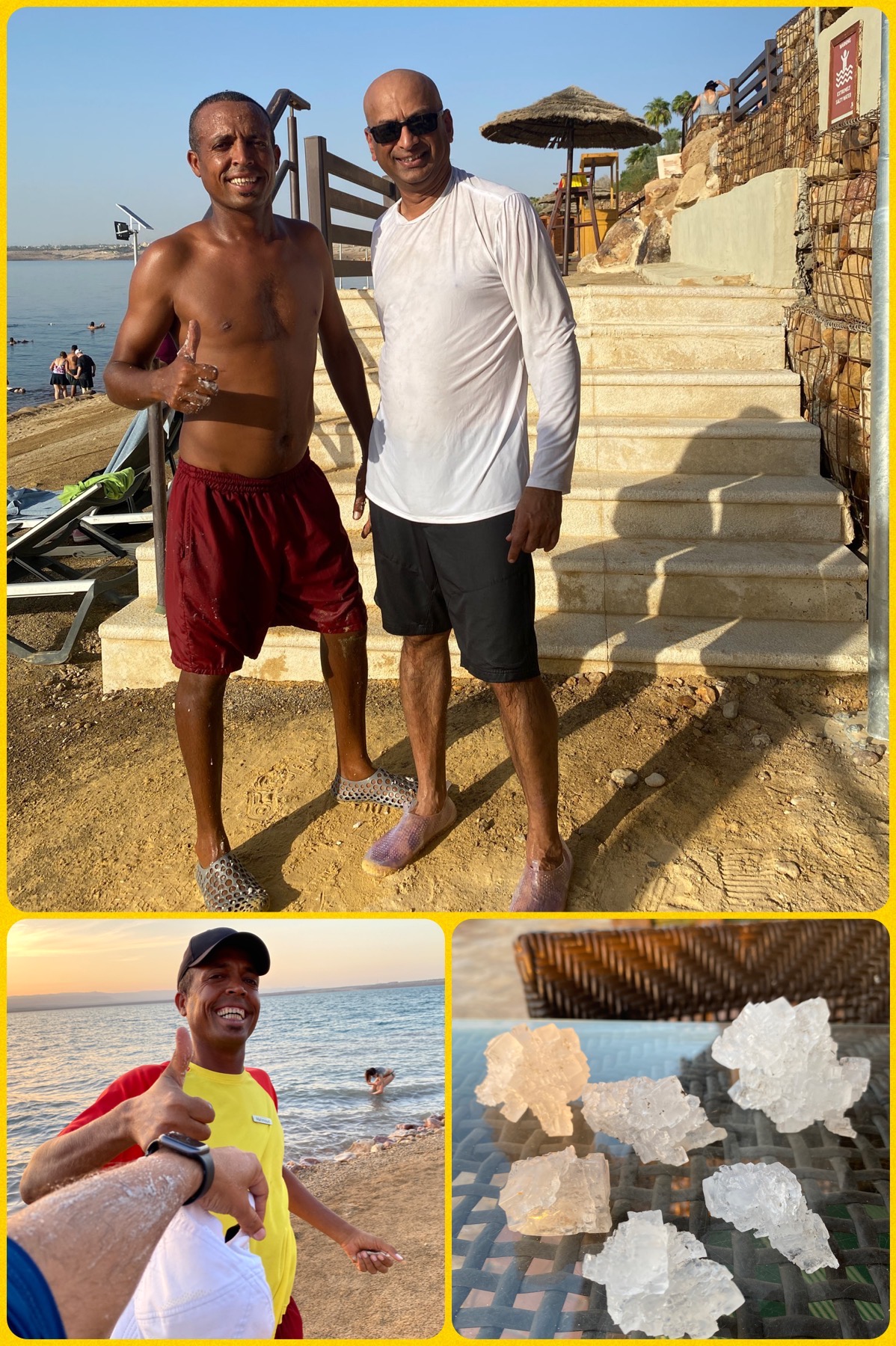