Those are very tough words to hear…

Mr. G (name withheld for privacy – although he insists that I put his full name here) is one of my new patients. He has sharp cognitive power. But multiple cerebral infarctions has taken away his ability to speak properly. Which is an unspeakable situation (sorry for the pun). He can hear, he can process and he has the answer – but he cannot get it out of him.

Every trip, I have to be as patient as I can be and yet, more often than not, it is not enough. I hope against hopes that I can catch one or two words and deduce the rest of it. Most of the time I make it work.

Thru his lisp and mumbles, I have put his life story together. From his birth year to early divorce and no kids to the three countries he has visited, I think I have a fairly working knowledge of him. I know this much – he has no family to talk of and nobody has visited him ever for a long long time.

Today was another great day with him. He is most beautiful when he gives his toothless laugh.

I was showing him my dog pictures (he had two himself when he was younger) when I told him that I would like to have a picture of him. “Let’s do it now!”, he said.

I was not prepared for that. I was hoping he would be sitting up and I will be sitting next to him when we take the picture. I am terrible at selfies as you can see in this picture.

But what was really difficult to hear was he asking me after taking the picture… “Are you going to leave now?” Those are the toughest words to hear during a visit.

I lied to him “No’. Although my time was up and I did have to go somewhere else.

It seems he felt reassured by that. After 15 minutes, I finally told him – “I have to go now but I will be back next Sunday”.

Funny. He did remember that last time I had told him I will come on Sundays at 2. He saw me and assumed it was 2 PM. Turned out I had made a morning visit at 10 AM.

Can you imagine – being old, still having cognitive power but little ability to move around or give expression to your thoughts? How frustrating can that be? One thing I have realized… at that age, you want company, you want to talk to somebody… but most people are too busy..

Reminds me the same question my dad used to have after my quarterly visits… “you are coming back in 3 months right?”

Old age is a tough thing. Not being around people who can give you company is a terrible thing.

I wish that every such person get the company they desire… 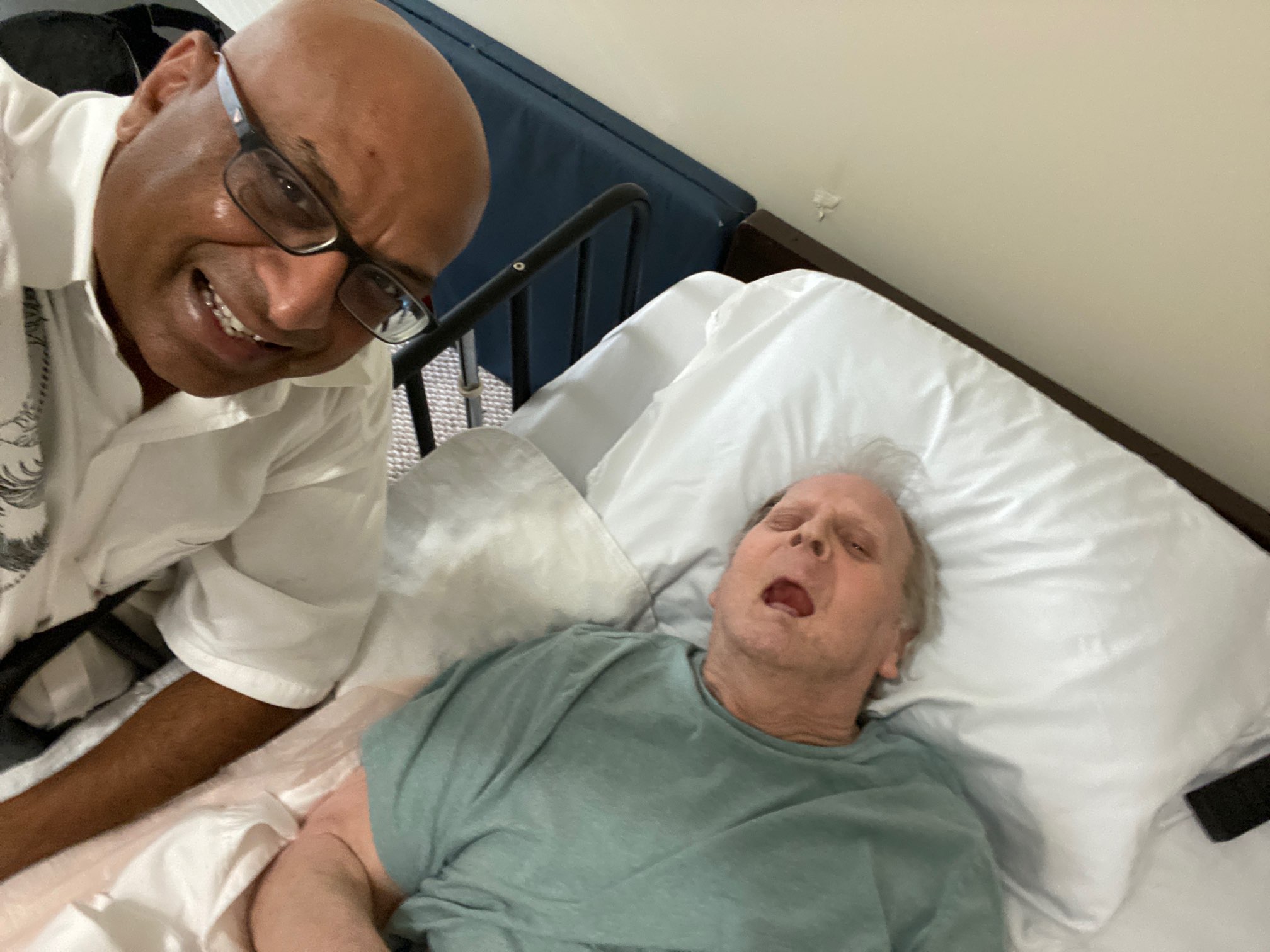 Posted September 18, 2022 by Rajib Roy in category "In Transit