Invigorating conversations. With a complete stranger.

Sometime last year, my friend from engineering college days – G. Balakrishnan – who we simply referred to as “GB” (engineering students of four decades back were well ahead of their times in recognizing the uselessness of multiple syllables or even the need to spell out everything – which, I am glad to see, the current generation and social media is finally getting around to embracing 🙂 ) had sent a rather strange request from India.

His request was to give some time over the phone to a friend of his who lives in the Bay area. I assumed the gentleman – Shriram Narayanan being his name – would want to discuss career move related topics. The request was strange because what his friend wanted to discuss had nothing to with work at all. It was about my blog! Apparently, he had a lot of questions.

I finally got to call him up on Oct 27th. I was driving from one meeting to another and took the call from my car. A scheduled half an hour meeting went over an hour. I still remember discussing finiteness of time, how do we recognize in ourselves what we are good at and such absorbing topics. Regrettably, I had to end the call since I had to go to a meeting.

This trip to SFO, I actually caught up with him face to face. Over a cup of coffee, we continued with where we had left last October. The discussions were refreshing and invigorating. Truth be told, I have not come across too many people with whom I can have this kind of in depth discussions on very different topics. (Magesh Ranganathan pops up as an immediate exception to my mind)

“Learning” was a big topic of discussion this time around. Why we learn and how we learn. And why we stop learning. How we learn from experience but that in itself is a tricky process since that assumes accurate recollections from memory – which is an absolute myth. (this does not include certain other kind of learnings – like skill learning – biking, swimming – where the brain somehow involuntarily commits to some parts of memory that it has no problem recovering on demand even after five decades!)

Hope to have more sessions with Shriram in the future. 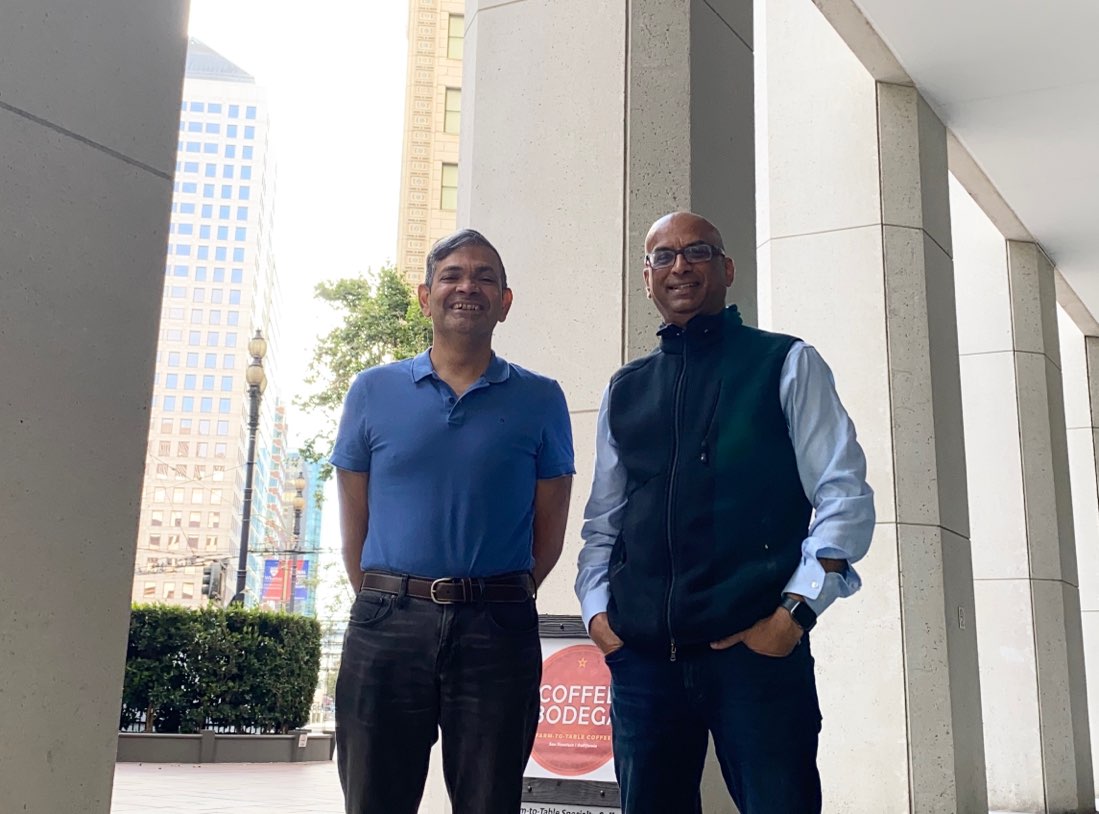