This is not going to end well

Originally, I had contemplated on throwing away all my running hardware while switching houses. I had learnt way late in my running career that the medals you win in running is referred to as “hardware” by runners. Which, as a computer engineer, raised many a question in my mind. But I let them pass.

As I was mentioning, with my running distances reduced mostly to a few miles and that too at a pace that would not cause a sloth to raise an eyebrow, should they have eyebrows, the hardware had lost a lot of their significance. Except that one particular one from the Original Marathon in Athens, I guess.

While unpacking boxes in the new house, I chanced upon these. Looks like Sharmila had decided not put them in the throw-way pile, after all. However, I was still unsure of what to do with them. They lay on my small work area for a couple of weeks.

During this weekend’s bout of reducing entropy in my work area, I had to decide in a quick moment what to do with them. And in one of those Daniel Kahneman’s “fast thinking” moment, decided to keep them. Not only that, I took upon myself to order a shelf from Amazon to put them up for display.

And there they sit/hang now. They are carefully placed in a wall so as to be not visible to any casual onlooker unless you enter my workspace. Figured it would save me from answering how come I race no more. Which will unduly bring focus to how old I have become and all the body parts that ache and so on.

There has been one glitch in my carefully laid out plans though. You see, while nobody else goes to my work area much, I personally do. Multiple times a day. And every time I see those medals, I involuntarily stop for a nano second. The thoughts of “Could I ???? Should I ????” flash thru my consciousness. And lately, those flashes are spending a little more time than a self righteous flash should.

Oh! Boy!!! I have this uncanny foreboding that this is not going to end well for my joints. 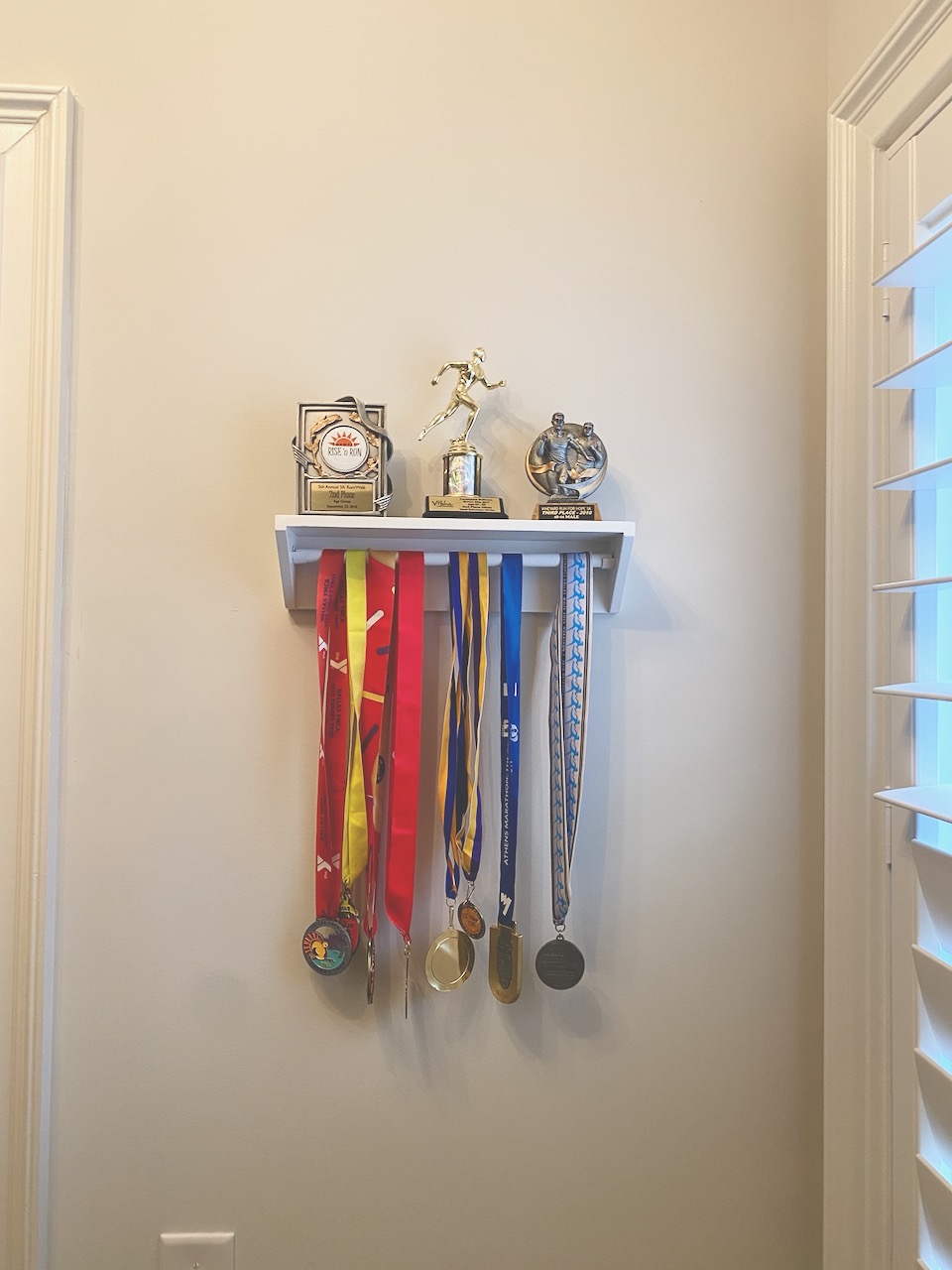