That surely had me fooled

Sharmila and I were enjoying the various artifacts that have been put up outside of Kolkata Street Food (opposite the Eco Park outside the Wax Museum) reminiscent of Kolkata a few decades back. There is the tram car, the double decker bus, the yellow Ambassador Taxi, old movie posters (like Sholay) etc. There is even a statue of Tintin!

While going around and admiring the set up, I was very aware of a quintessential walking hazard in India. That being – getting dropped on by all those birds on the electric wires above who somehow have an uncanny ability to induce bowel movements when and only when there is a human being below. Specially if they are not wearing a hat.

Accordingly, I was keeping an eye on the birds on the wires as I moved around. After sometime I realized that these birds were particularly lazy. Not only were they not flying away when I was nearby, they did not even attempt to look here and there foraging for food.

And then I got it! In an effort to create a replica of Kolkata of the yesteryears, the authorities had spared no effort. Those electric wires were not real ones and neither were the birds. Those were life-like statues of crows and pigeons and what have you!!

I do not believe I have seen this anywhere else in this world! I was totally fooled. Sharmila would not even believe me at first! 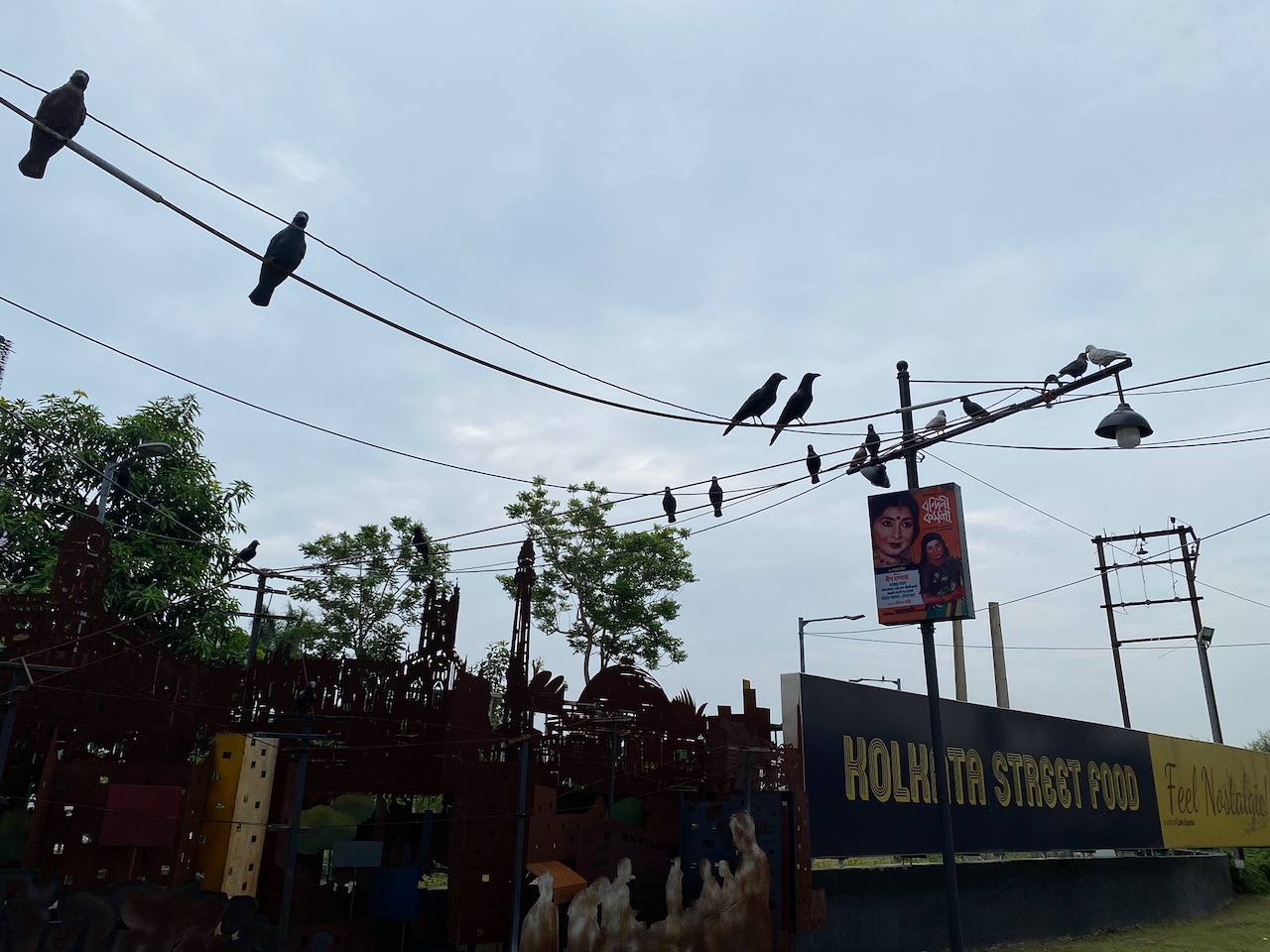