This is an intriguing book and a must read for anybody who is remotely interested in geopolitics. The author basically talks about how geography has driven the security or lack thereof of all countries. In spite of technology today, high mountains, deep seas and wide rivers drive most of the geopolitical calculations of every country. This stems from the need to protect trade and security of its citizens.

The book caught my attention right in the first chapter. Very well timed. This was written way before the Ukraine war. But once you read this chapter you will realize why Russia attacked Ukraine. In fact, the author predicted that it waas inevitable. While the author does not condone war – and like all of us – is numbed at the deaths and atrocities, he points out the history of the Northern European Plains – thru which over centuries many many countries have attacked Russia. In fact about once in every 35 years!

Some of the fascinating facts you will learn will include why Europe has so many countries. Part of the reason lies in geography. Most of the major rivers in Europe do not meet. This formed early boundaries for individual spheres of influence – often giving rise to a cities on the banks where people gathered for trade. Eventually, they became the capitals.

Also how Africa’s tardiness in progress can be traced back to lacking any deep, natural harbors (but beautiful, beautiful beaches) and all those impressive rivers having waterfalls ever so often. Ruling out any convenient modes of trade or transportation.

He continues to give a great narrative of how China’s actions – trade wise and military wise, the India-Pakistan conflict (which he predicts will never end), Korea and Japan, The Middle East – so much of the countries’ political decisions and policies are dictated by simple geography. Once you understand the geography of their borders, a lot of their actions are understandable (may not be condonable).

The other thing the author points out is the lasting negative effects European colonialism has had as they – and this includes the Belgians, French, Spanish, Dutch, Portuguese and worst of all, the British – who arbitrarily drew country boundaries when the left (have you noticed all the straight line boundaries of countries in Africa or the Middle East?) that paid no heed to the kinds of peoples who live there and thereby ensured that geopolitical conflicts will be a permanent thing.

The most fascinating part is the last chapter. He describes how the melting of the Arctic cap will open up more trading lines, bringing down the importance of the Panama canal and the Suez canal and how different countries will have aggressive postures to establish their primacy in the Arctic. This includes countries like Russia, the Scandinavian countries, US, Canada and such. 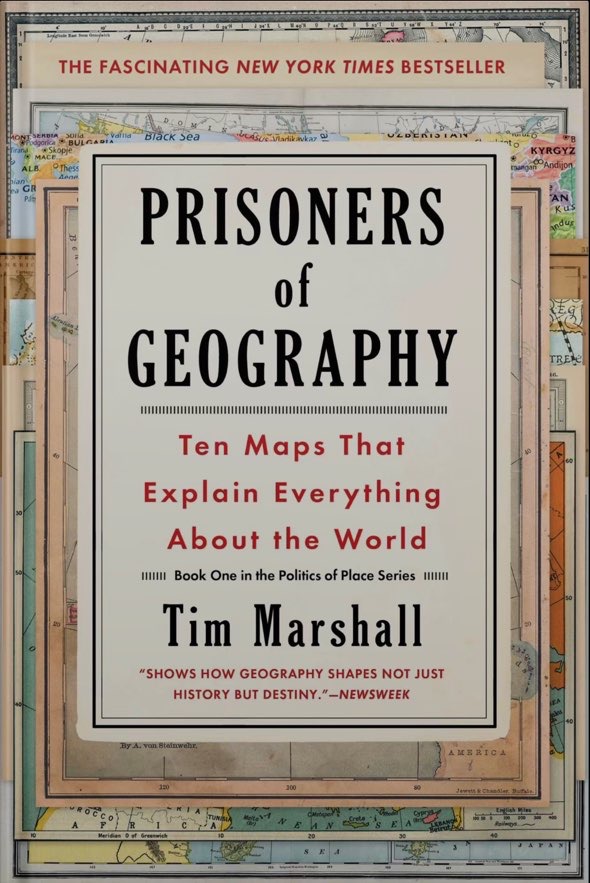