My unique experience from Covid isolation

Just came out of Omicron isolation yesterday. Fortunately, it happened after I reached the US and not while in India. Also, isolation was relatively painless since I had the whole new house to isolate from! The only hassle was there was no bed – so it was more of camp night experiences with a couple of camp blankets used as mattress on hardwood floor. But, otherwise, I had the place all to myself.

Because of coughing and the bed situation, I could never sleep more than 15-20 minutes at a stretch the first five or six days. And I could not talk to anybody over the phone because of the coughing.

That actually opened up to me an experience I had never had before. For about 10 days, I was in near 24 hour silence. With no talking whatsoever. Any of you who know me can be excused for not believing it.

I sat endless hours in that picnic chair you see looking outside the door. I could not go out into the patio – it was too cold for me. And that step stool was my handy tea-cup stand and place to keep my phone and ipad.

This has gotten me intellectually curious in the topic of Silence itself. What does silence do to us? Is it desired or have we evolved out of it? Does being a social being still jive with silence?

Reached out to my friend Neal Rajdev for some pointers on books that I can read. Have you ever read a good book on Silence or the Practice of Silence? If so, could you share with me?

One of the things I veered into during those long nights of Covid isolation was poetry on silence. Most of them had some kind of an inner self / spiritual kind of bend. The best ones for me were from the Persian poet Rumi. This particular one became my favorite: 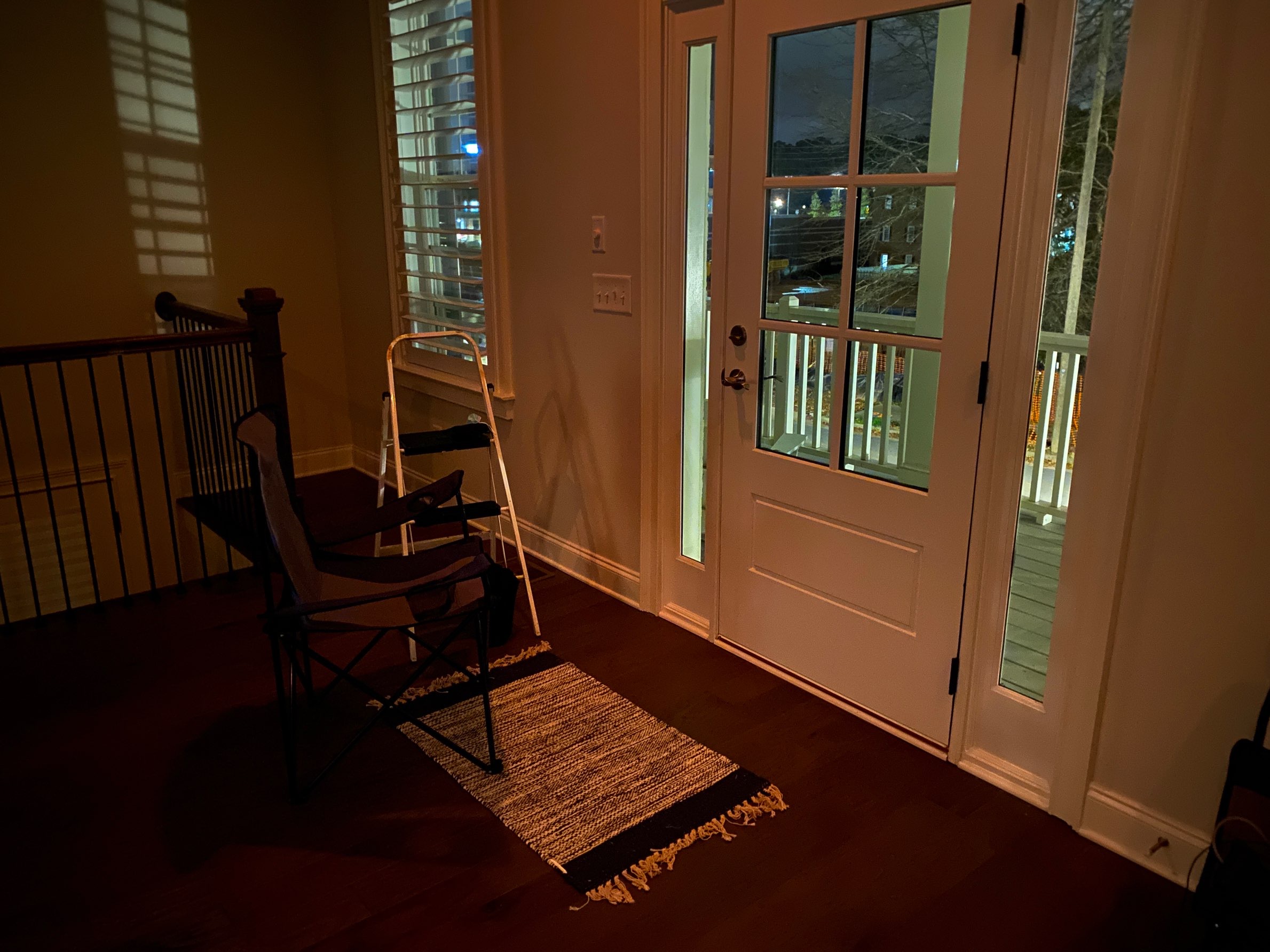