The year was 1981. I was in 9th grade. Our house was on 9th street of Ranapratap Road. On the other side of the road was 16th street. The very first house on that street had a Malayali family. There were two kids – Jacob and Thomas – who went to my school (juniors). They always kept to themselves. Their dad used to do a lot of gardening and I used to say “Hi” to him on my numerous trips down that street to meet my best friend Avijit. Well, I did not say “Hi” so much as “Kaku, kemon aachhen?“.

There was one more thing I remember of that house – they had a record player (turntable). There were two particular records – whenever they played them – we used to stop playing whatever it was that we were playing (really the choices were between soccer or cricket depending on whether it was sweater worthy weather or not) and gather around their house to listen to the songs.

One of them was Disco Deewane. It used to sound very strange and very catchy to us. The strange part was because before that, our ears were brought up on a staple diet of Rabindrasangeet/Nazrulgeeti or Hindi Bollywood (soundtrack) songs.

And catchy because… well it was Disco. It took me five more years to even know what Disco meant.

Much later I found out this was the first non-movie-soundtrack (Bollywood) in India to take off and paved the way for later non-movie albums and singers. What I did not know – and found out from Wikipedia today – is that this topped the charts in a country like Brazil too!!

As a funny aside…
I believe the words go “Disco Deewane… aha aha”. That “aha aha” bit is interesting. In Bengali, we say “aha” when we appreciate something. Almost like saying “Bravo” or colloquially “Awesome”.

Those days, as much as I liked the album, I had never quite figured out why was Nazia singing the song and then commending herself by saying “aha aha”.

Yes, the memories of this album goes back to those tender years.

One more vinyl record I picked up from Free School Street in Kolkata last week. 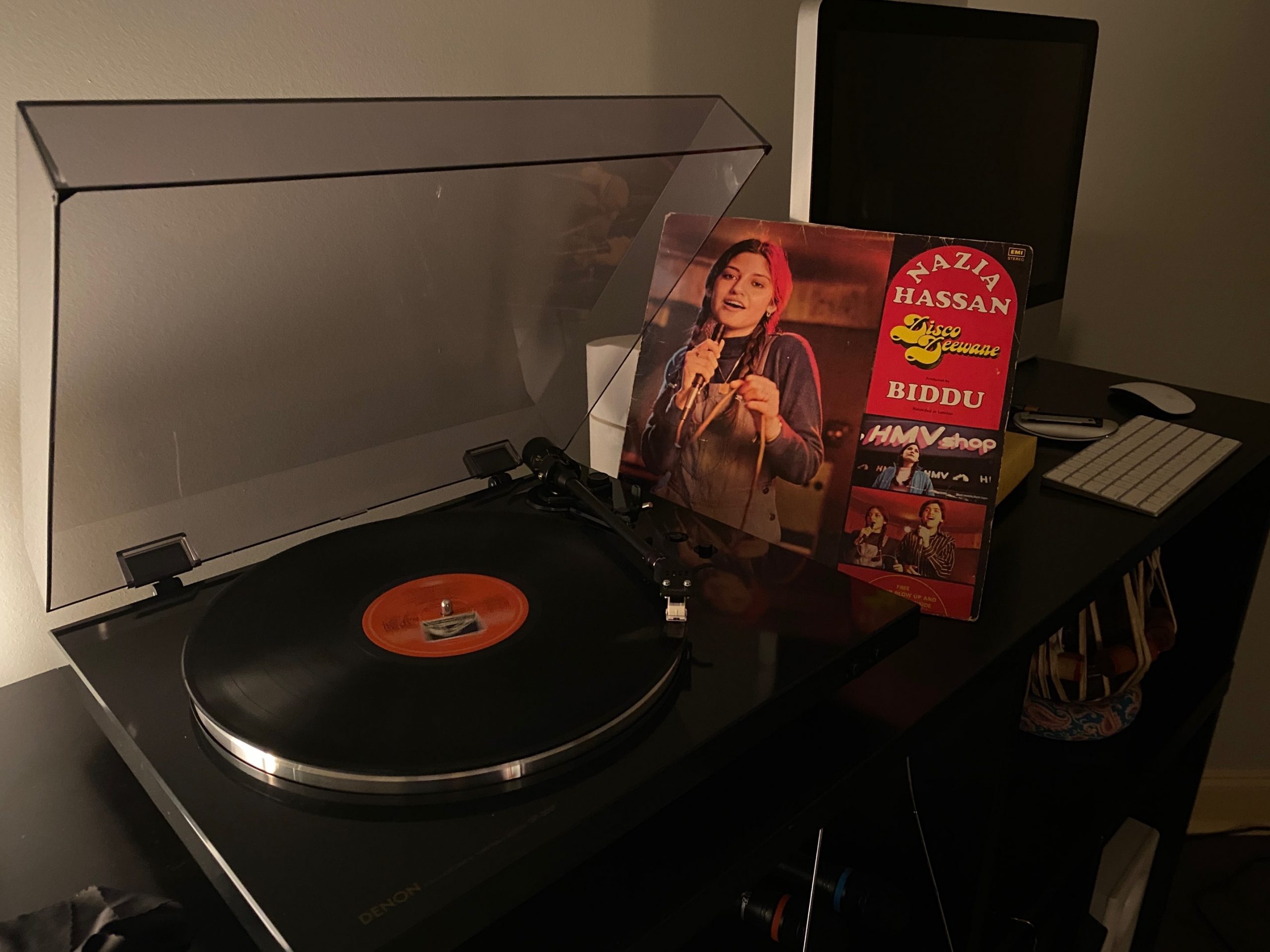