The cool couple from Dallas

At least they were those days when we were there. Met Subhasis and Debjani after quite a few years – 7? 8? It used to be that we would sit at the bars in Grapevine downtown over a couple of glasses of wine as the Dallas intent heat would wilt into the evening.

Today, we went to the Windmills at Greatscape. (This is owned by the same folks who own Windmills in Bangalore that I have had the chance to visit twice before). This whole area has completely changed in the last few years. Does not look like The Colony that Sharmila once had a business in long time back!

It was great catching up with the “Bandos”, as we called them – what with all the hypothetical questions from Debjani and she drinking two drinks for the first time (she insisted). You can even see her raising both the glasses in the picture that cool bartender Josh took for us! 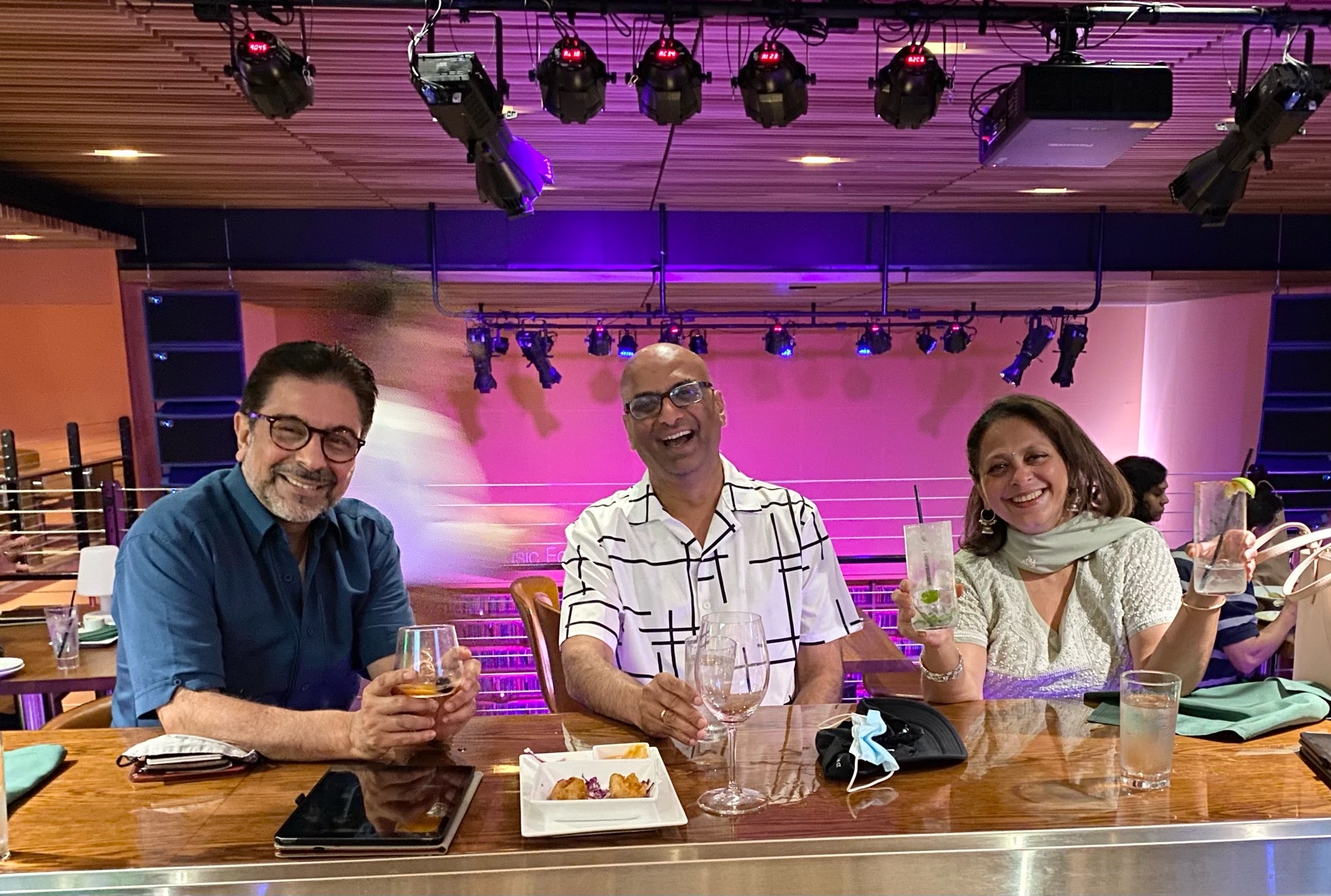