Another throwback to yesteryears…

“Where do you want to go have lunch?”, I asked Larry

So there we were – at the Mi Cocina in the Galleria mall next to the ice rink.

As we sat down at the table, I mentioned to Larry – “You know there used to be a Mi Cocina further up north from here. It burnt down after some time. But before that Sharmila and I used to go there for their mojitos”.

“Why? Did they make great mojitos?”

A few minutes later, when Bobby came to take our order, I told him the story again and asked “Do you still put sugarcane sticks in your mojitos?”

He cryptically replied – “I do not know. Let’s find out!”

And we found out!!

I sure got my sugarcane stick in my mojito!!! 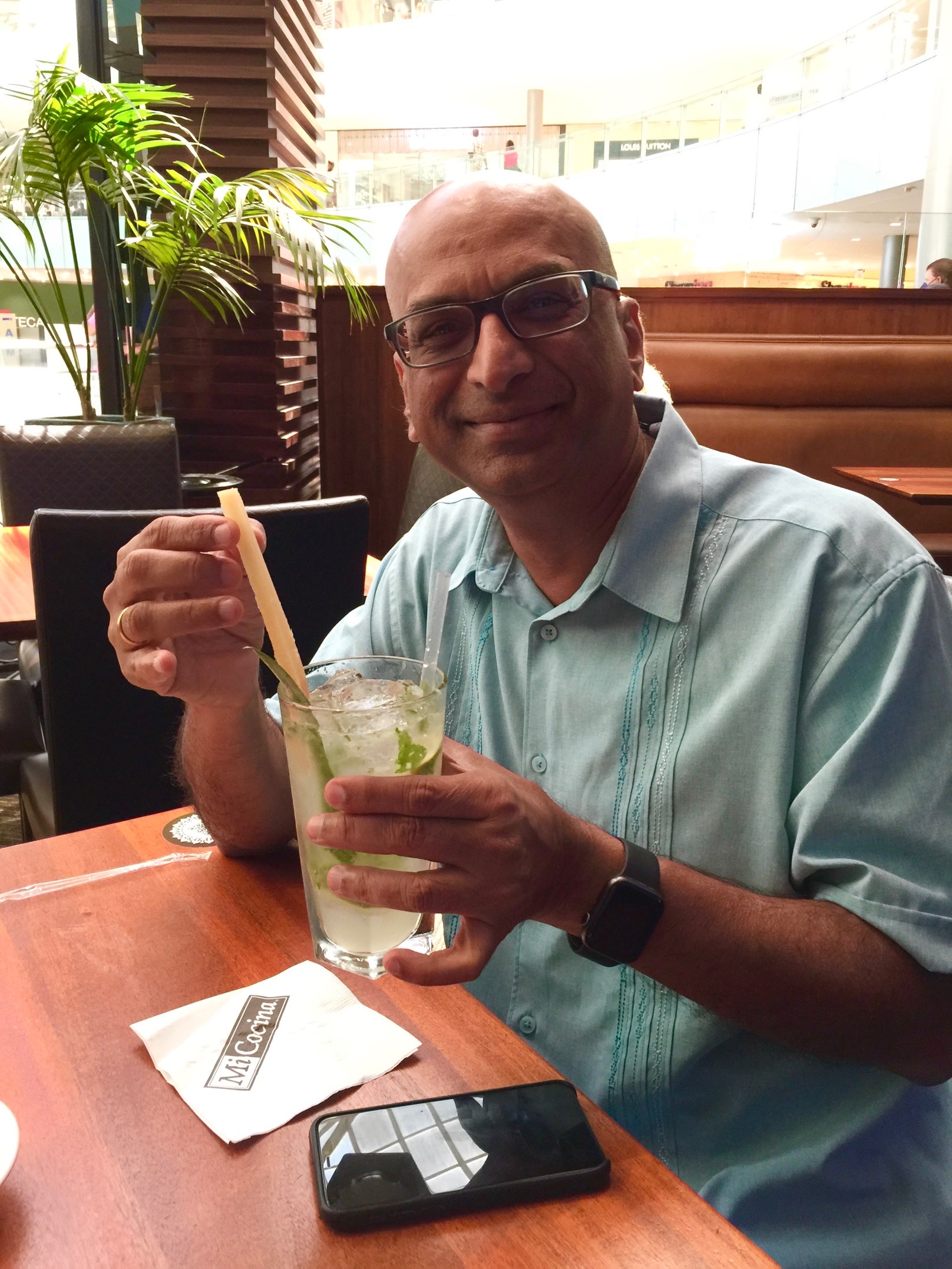