One last meeting for the day!

I was fairly tired after all the meetings for the day. But there were two very special friends I still had to meet. Actually, I had not met them before ever. And that would be little Mara and even littler Harry. Turns out it was Harry’s first birthday.

Incredibly enough, just two and a half decades back, their mom – you can see Shruthi in the picture – used to be as young as them and played with me – just like them. In fact, in the same city – Austin!! I distinctly remember Shruthi calling “helicopters” as “helicutters” and refusing to eat any food whatsoever!!

Hank had given me the heads up that Shruthi’s parents (Sharmila’s and my dear friends – Raj and Viji) were in town – as were Shruthi’s brother – Karthik and his girl friend Alice. In somewhat of a coincidence, Natasha and Karthik went to the same elementary school in Coppell and then both of them – along with Alice became alumni of NYU.

If that is not enough – Raj and I have worked together in four of the five jobs I have ever had and lived in three of the four cities I have lived in during my professional life!!

Wonder what more connections I can create with the third generation now…. 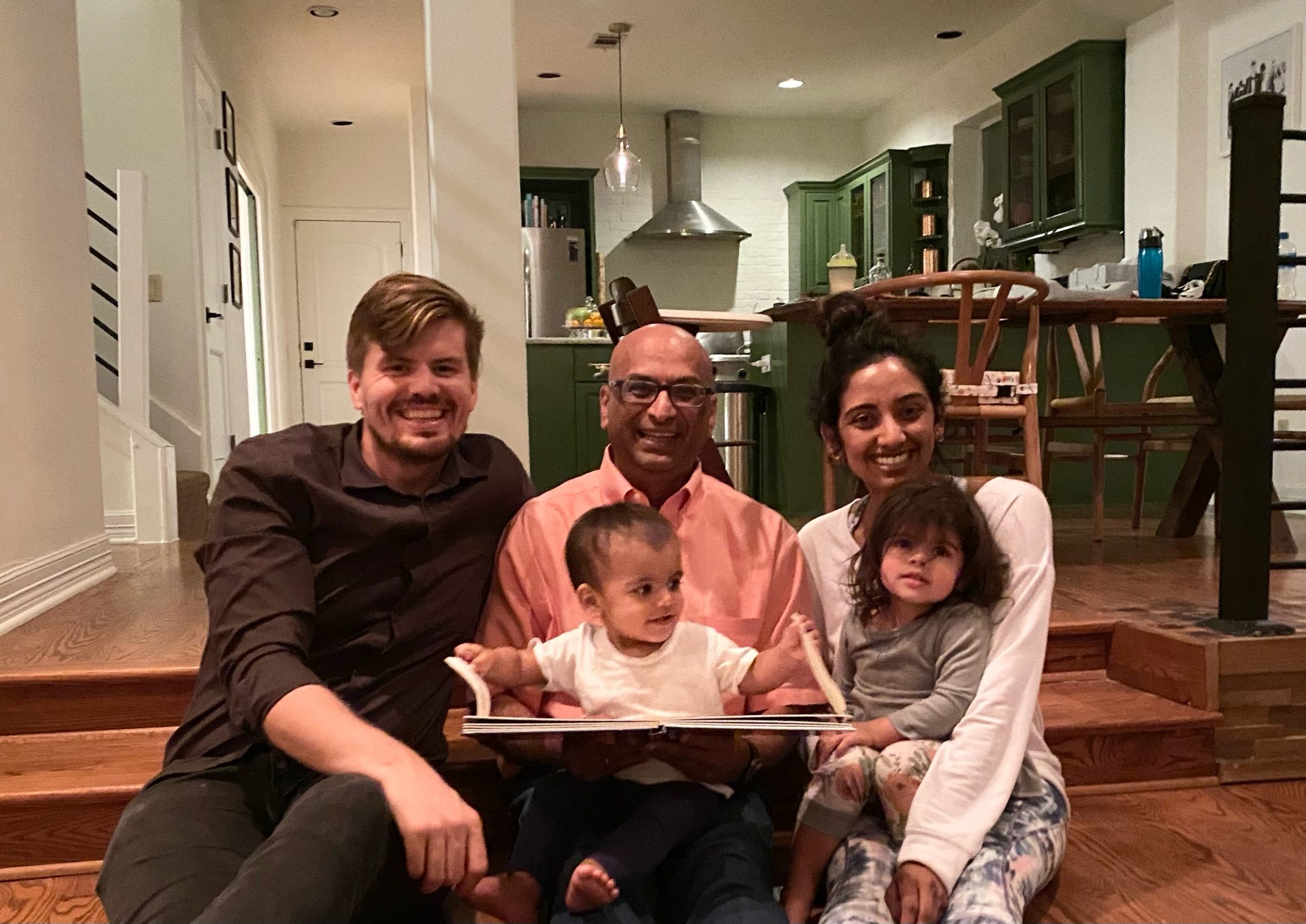