Way back when – I cannot even remember – maybe I was a first grader??, my dad had brought home a green colored measuring tape. I think mom used itt for making all sorts of dresses. She had a Usha Merritt sewing machine that she used to make dresses. That sewing machine itself was a marvel for me. That needle with the eye on the wrong end, that wheel with the bar on one side, those two spindles where you put the string rolls, the maintenance box that came with it – I remember them vividly. Not sure whatever happened to that sewing machine.

In any case, I got introduced to this measuring tape fairly early on. Couple of days back, found it again while going thru mom’s stuff. Immediately, a lot of memories flashed back.

Initially, of course, I had no idea what it did. But one day, dad sat me and my sister down and taught us how to measure things. How to hold one end of the tape one one corner and then read off the tape from the other corner of the object. He also explained how to think about one-half and one-fourth. We did not go any further than that on fractions.

Have you ever taught a kid how to change font size, style or color for the first time? The next document is usually a veritable mess of all colors, font sizes and styles. Yeah, that is pretty much what happened to me and my sister. After coming back from school, we would measure up everything at home. If there was anything worth measuring, we would have measured it. It was a thrill that sounds silly today. But you would be surprised how the two of us kept ourselves busy. It was not like we were writing down the dimensions anywhere… just measuring up and measuring up again.

Then one day, the retractable measuring tape showed up. By this time, the thrill of measuring was gone. But the retractable mechanism was to die for. Previously, at times, my sister or I would stand up on the bed, hold the green tape’s one end in our hand and let it go. Somehow, we derived great delight in watching the whole thing unfurl itself and then we would roll it up again manually. The retractable one was much more fun. We could do it anywhere…

For the next few weeks, that’s all we did. Pulled the tape and watched it snap back!! Pull it again and let it snap back. The trick was to do it without getting our fingers pinched!

Can’t believe my parents never got rid of them!! 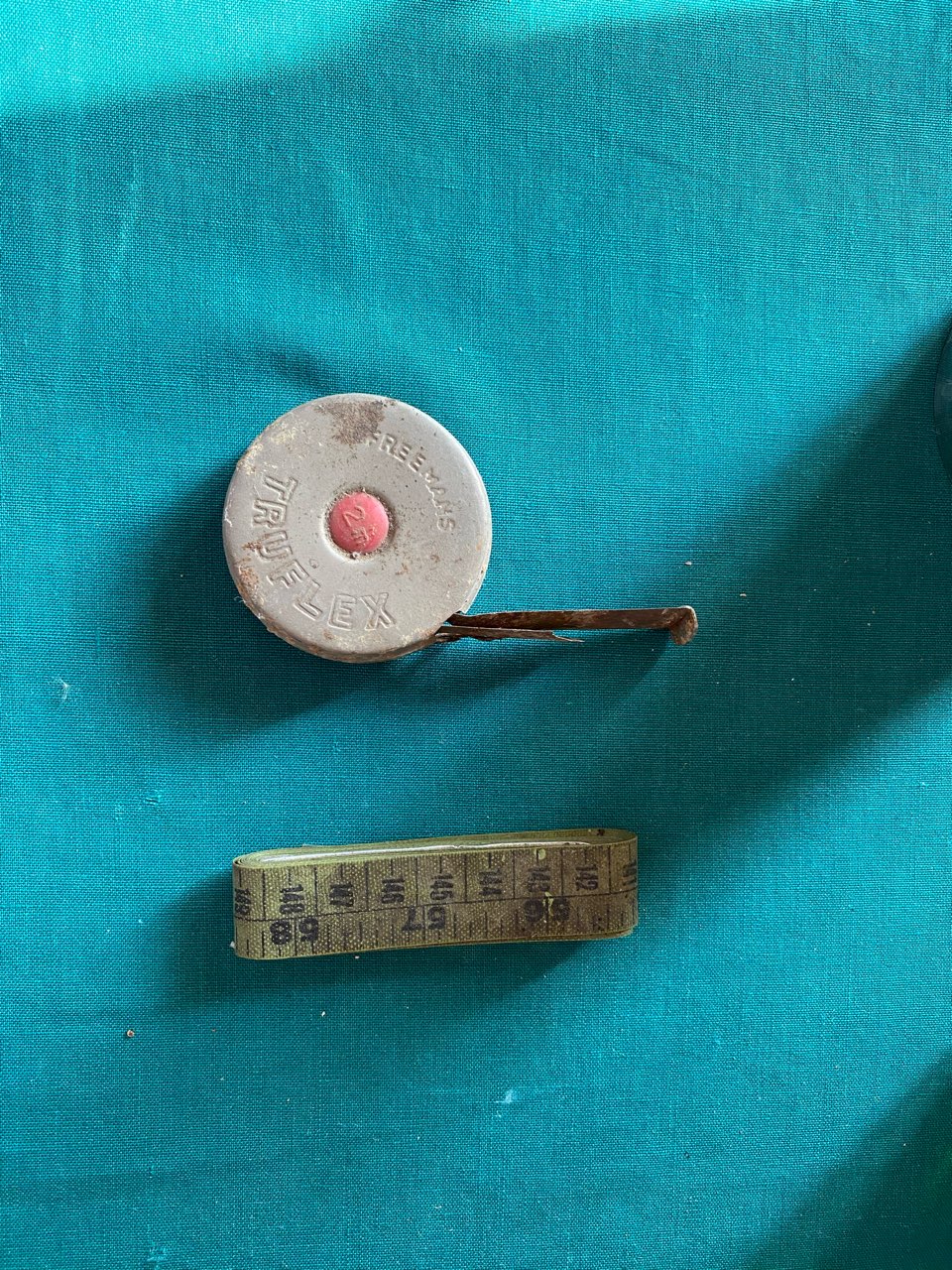