Throwback to the times when my parents grew up

In a rare trip outside hotel/home, went to Free School Street in Kolkata to pick up some vinyl (LP) records. This street used to have at least a hundred record shops. There are only three surviving.

I went to only one this time. Picked up about a dozen. All are Bengali records that has at least one song that was a favorite of either parent or I had heard them singing.

The one exception – Mukesh and Lata in Albert hall – has a story behind it. Back in June 1984, three of us had pooled all our pocket money to buy this record for the fourth one on her birthday!!! (the four of us were fairly tight friends those days) 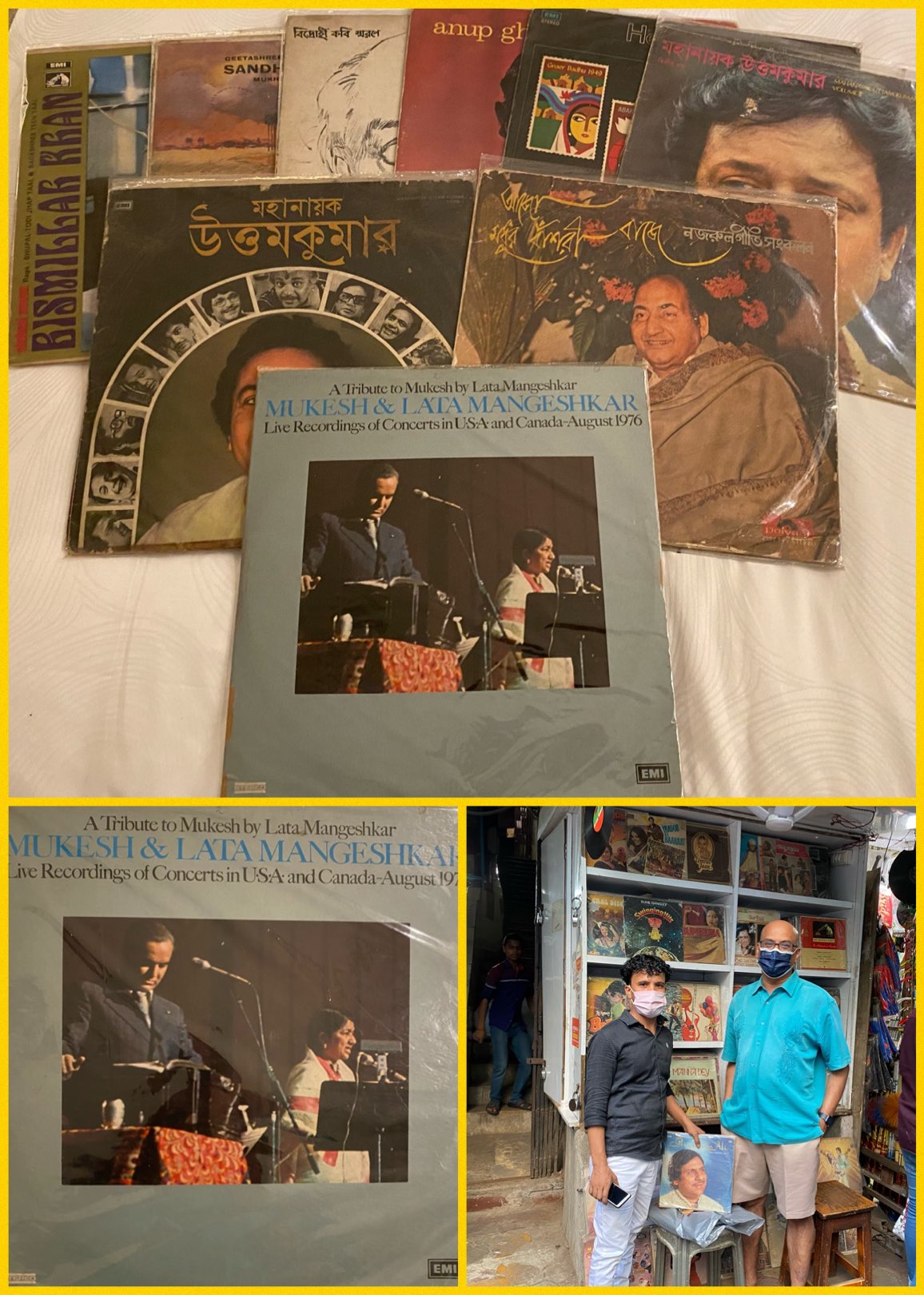