Oh! what life journeys we have knit…

While going thru all the stuff that mom had refused to throw away ever, I suddenly ran into a bunch of knitting needles. That immediately flashed me back to a few decades back.

My mom, like most moms in the neighborhood, used to knit sweaters for us. Especially, during the winter time. I remember she even carrying the needles and those balls of wool in her school bag – so that she could get ahead during the “free periods”.

I can remember three different sweaters she had made for me over the years: there was a yellow and black one… there was a red and black one (you will find a reference to this in a post from five years back) and then there was a “bottle green” colored one with light pink design. I think that one was a sleeveless one.

I remember I had learnt also how to knit – “soja bona” and “ulto bona” !!! I can’t remember the details now but I think it was which needle went over which one (between left and right) – or was it how you wrapped the string of wool when the needles crossed? In any case, my level of patience those days never went beyond a couple of centimeters of a sweater. But it was awesome fun to take the needle out and pull one end of the wool to see the whole thing unravel!!!

The one part I never figured out is the complex issue of putting together the neck – which had to be a circular structure. Those needles you see that are pointed on both sides were used for that. And I think there were three (or maybe four?) that had to be used simultaneously.

I went thru all her belongings to see if I could find any of my old sweaters. I did not. But what I did find is the last sweater she had ever knitted – the one in the picture, for my dad. And that goes back about thirty years!!

I picked up the needles in the picture to take to the USA as memories of my mom. 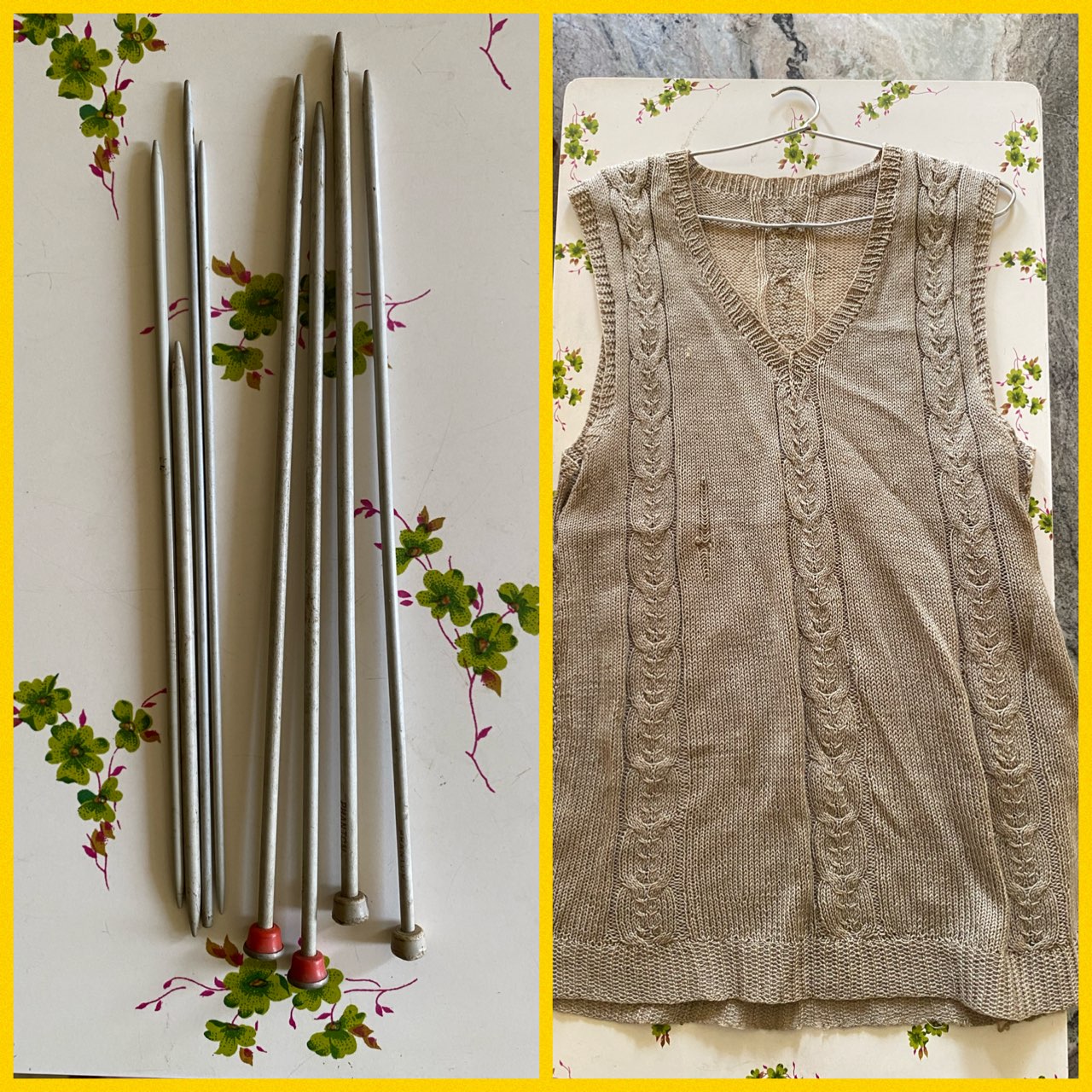