Seen from the bed’s point of view…

After realizing dad’s absence in his bed, I walked in straight to mom’s room to be greeted with this sight. This is the one bed none of us had reckoned with getting empty earlier than the other one. As I stared at the bed, it was like the whole life of the bed flashed in front of my eyes.

This bed – or cot as some would refer to it as – started its journey way back in 1964 in a small town called Kalna where my grandfather (mom’s dad) had chosen it to be a wedding gift for my dad – his soon to be son-in-law.

Over the next few years, it went thru a chronology of becoming the first bed I crouched up to my parents to, then my sister joined me and by the time my brother came around, this became the kids’ bed.

In fact from the late sixties till 1983 when I turned sixteen and left home, this is the bed that the three of us shared. We have fond memories of sitting up late at night in the bed and watching out in the dark waiting for the night watchman to walk by our street blowing his shrill whistle in dead of the night.

This is where we used to sit and study at times and fight with each other at other times. This is where each one of us learnt how to do somersaults (“ডিগবাজি” – the simple head rollover version).

Way too many nights our parents would yell at us from the other room to go to sleep as we would whisper and giggle too late into the night.

Then I got married. And this became our bridal bed.

A few years later, this became my brother’s bridal bed.

Then in 2012, the bed was moved to its fifth home – this house in Kalyani – and my parents reclaimed it.

In fact, back in 2017, when dad got bedridden – in this very bed – after his first stroke, all the grandchildren had descended upon him and sat around him as one big happy family. I still vividly remember him beaming with all this grandchildren around him in this bed.
Then three months back, my mom died laying in this bed.

And two months later, my dad followed suit – again, in this bed.

One of the gut wrenching duties of surviving children after their parents’ deaths is to have to get rid of stuff. You know, this broken chair here, that rusted hammer there, that utensil that has clearly seen better days – those somehow defined what life was for them – what they considered their dear “belongings” and suddenly they find their value reduced to mere economical terms.

However, last evening, the three of us decided that this bed has done enough for us to deserve a longer lease of life with us. So, we are going to move this to my sister’s house.

Not that she needs one more bed. But it is the emotional and sentimental value.

Maybe some kid in our progeny will get yelled at by his/her mom or dad for not putting their digital device down.

Maybe some kid will do his/her online classes half asleep under the sheets in this bed. 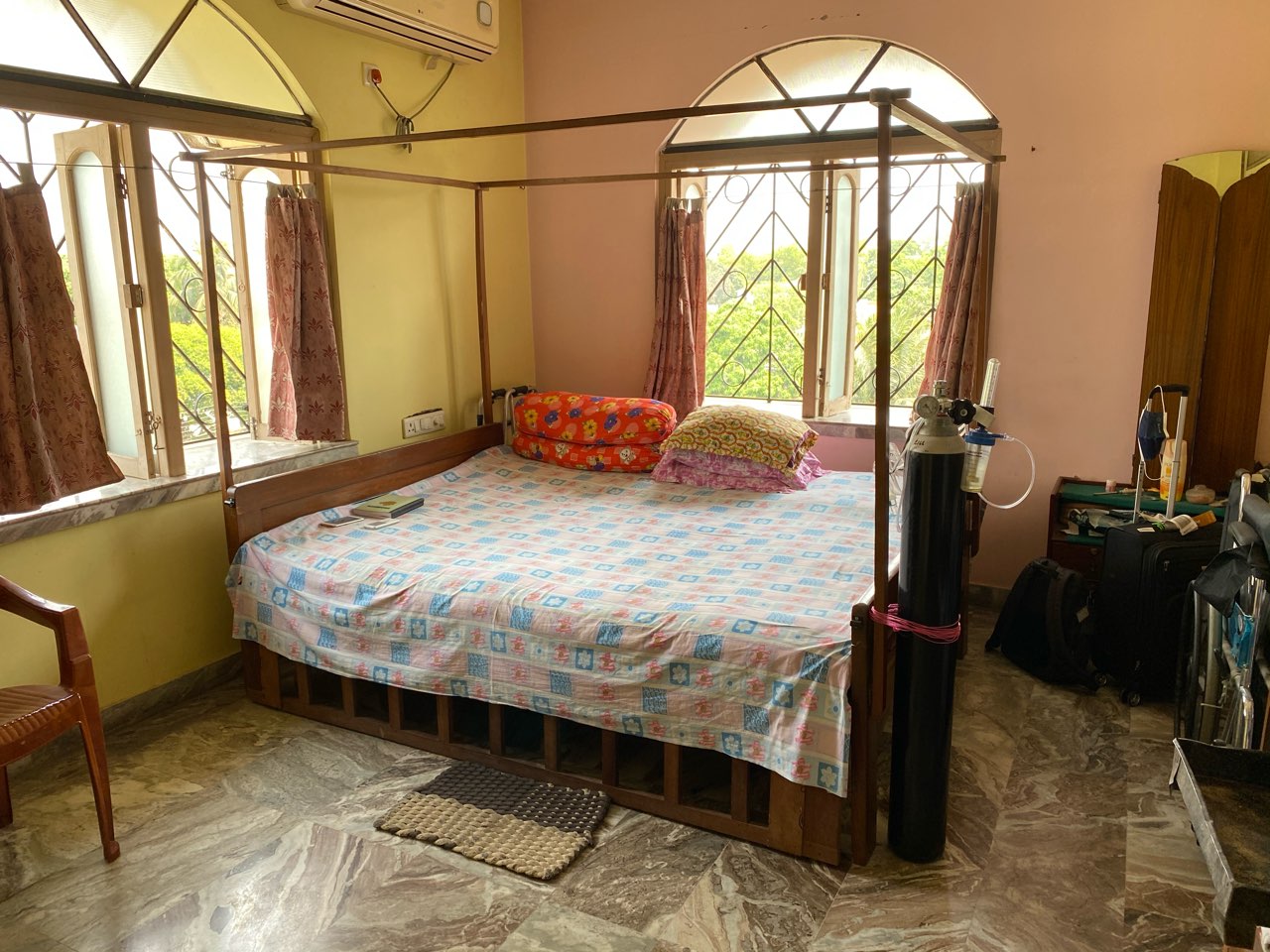