The train. The letter. And how life came back one full circle.

Circa 1972. I seem to recollect it to be a cold December day. Which is why the door was closed. I was barely 6 and my sister 4. Brother was too small. My sister and I had drawn up “keet keet” (hopscotch) boxes on the concrete floor with chalk that mom got for us from her school and we were busy playing.

I remember distinctly my parents sitting on the bed – perhaps drinking tea – and talking about our (me and my siblings’) future. I remember it mostly because they were speaking favorably about me and my future (I was still in kindergarten then) and I was trying my best to pretend I was not listening to them.

The next ten years – before I left home – that positive feedback or opinion was rarely repeated. Instead it got replaced by the common refrain of a train. Translated in English, they would keep repeating the metaphor of a train. As a first born, apparently, I was the engine. And my siblings were the compartments (cabooses). Whichever way I went, they would follow me there. And therefore it was incumbent on me to not go astray.

This was at an age when I was fascinated by steam engines. I used to sit at Kalna railway station (my granddad’s place) waiting for the Katwa local to pull up and watch those folks in the “engine” throw more coal into the compartment with red hot flames leaping. In one of those moments, on the spot, I had set myself a lofty goal to become a steam engine driver some day.

As you can imagine, this created a mixed metaphor in my mind – that of the fiery belly of a train engine and something akin to a choo-choo dance with me leading and the siblings following. Seemingly, strictly in decreasing order of age.

After I left home in 1983, I do not believe my parents ever mentioned that train thingy anymore. Although the exhortations to take care of my siblings all my life flew fast and thick anytime I met them.

Fast forward 48 years to 2020. Another cold December day. My mom had left for her heavenly abode a couple of days back. I remembered that about five years back, when I was visiting her (again, it was December), she had given me a sealed envelope and asked me to open it when she was no more.

Dutifully, I retrieved the letter from my vault upstairs and opened it up. There were a lot of things in it for me. Some that I knew. Some that I did not.

Remarkably, when it came to my siblings, her tone had changed. People who can read Bengali can attest to this translation from the excerpt in the picture… She mentioned that she had convinced herself that I had all the capabilities of performing the duties of a first born child!

Now, if only I could force my brother or sister to play hopscotch with me. Although, my more athletic brother is going to beat us hollow… 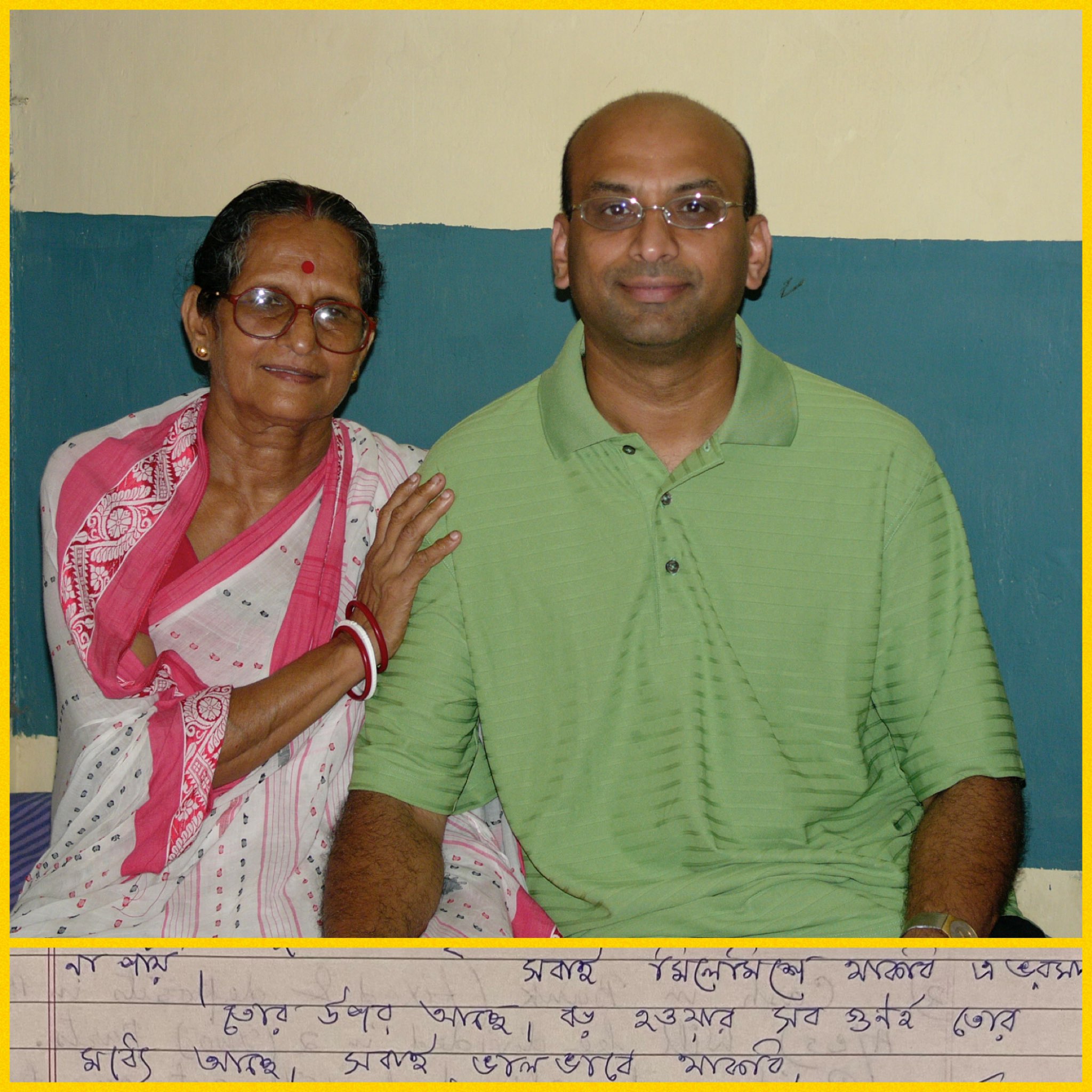 Posted January 9, 2021 by Rajib Roy in category "Family in India