“A mother understands what a child does not say”

So many of you have reached out to me upon realizing that my mom is no more that it has been downright humbling. If my mom ever got to know how many well wishers she had – many that she had never met – the shy woman that she was, she would have undoubtedly made a beeline for the kitchen to make some more tea before she could comprehend that you cannot serve tea over the internet.

At the outset, allow me to express my and my late mother’s gratitude for giving us the sense of how we are and were always among friends and well wishers.

I am personally going to miss her. As does every son. This hurts. I will leave it there.

For quite some time to come, every single morning after pulling out of the garage, I will involuntarily pick up my phone and then throw it back on the car seat realizing nobody will pick it up. Just like it happened on Dec 18th, 2020.

Her call had come. My calls will have to wait.

Being the eldest son, she pushed me away from the nest as far as she could in the hope that I will bring financial stability to a farmer’s family that struggled through the early years of existence. I left home at the age of 16. Every few years I geographically moved further and further away from her till going any further would have, ironically, brought me closer to her. The earth being round and all that.

Yet, years later, the same financial stability and technology brought us closer than she could have ever dreamed on that early dawn of July 10th, 1983 when she waved her first good bye to me. Fate and luck conspired to create a situation where we got to talk to each other nearly every day! Almost 4000 times after moving to Atlanta in 2007 alone. And we have seen each other every 90 days or so in that rough time frame.

She was going to be 77 soon. In the year she was born, every baby in India had a life expectancy of 33 years. She got to see three kids grow up and be successful in their own ways. She got to see five grand children growing up healthy and beautiful. During my visits, my brother, sister and I took her to visit her siblings and even her own birth place. Till the last day, she was with my dad to whom she had dedicated herself wholly and unequivocally.

She maintained an independent living till her last day instead of staying with one of her kids. Her biggest worry as she would narrate to me every single day was whether the sun would be up that day or not. Should it not, she would not know how to dry the clothes that morning. (She refused modern amenities like washer, dryer or for that matter TV or a microwave). Above all, she left on her own terms: without suffering or being a bother to anybody.

If you come to think about it, that is not a death to be regretted. That is a life to be celebrated!!

Join me and raise a glass to that life this evening!

All of you who have reached out to me with unfettered generosity, I remind myself that you are but a reflection of your own mother. And to that what your mothers have raised, I will raise a second glass for myself this evening. 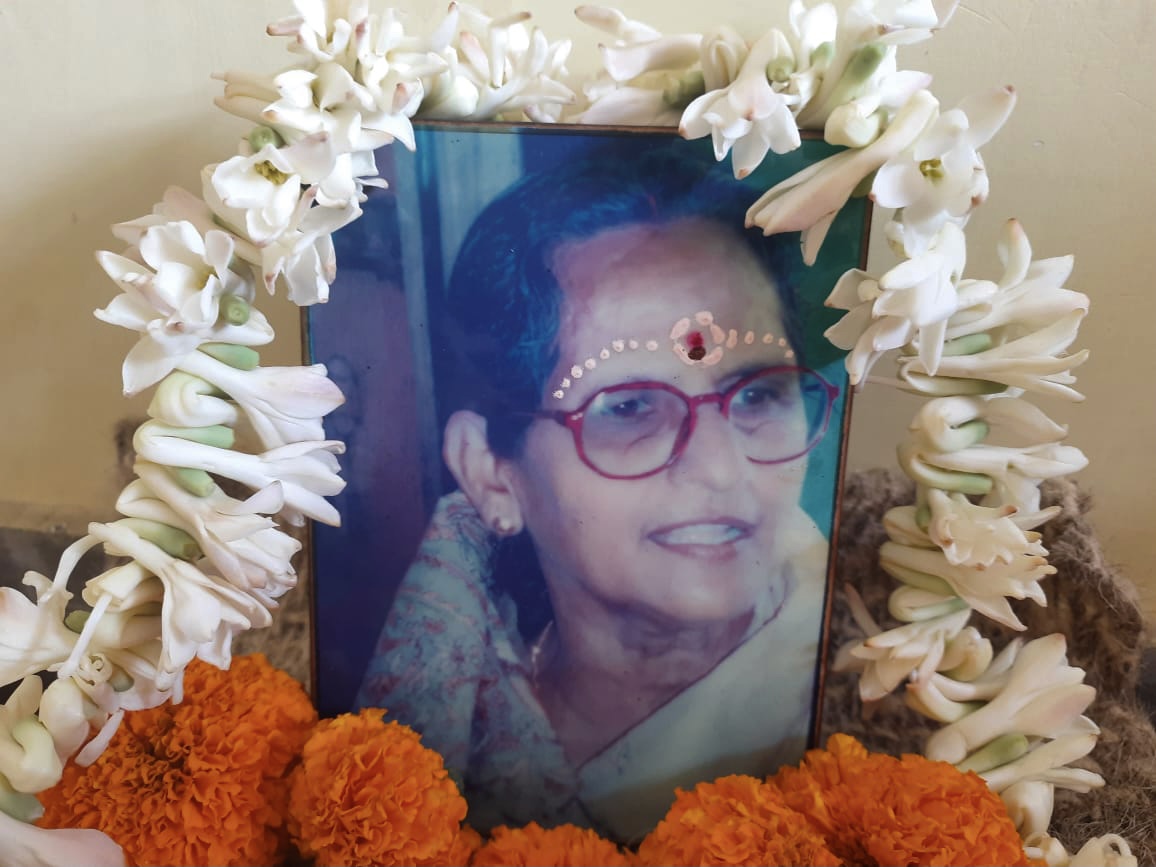 Posted January 2, 2021 by Rajib Roy in category "Family in India