Book Review: How We Got To Now by Steven Johnson

As mentioned before (see here) this is a book recommended to me by Avi Basu. As I had mentioned there, the author’s basic premise is that while we remember an invention for its immediate effect, in reality, there are a lot more profound downstream effects that we do not pause to realize. One example he talked about was how the printing press led to telescopes and microscopes. In a fashion that you will fail to connect – even after I tell you that one led to the other.

He calls this the “hummingbird effect”.

The six “inventions” the author focuses on are Glass, Cold (as in air conditioning), Sound (recreation of sound), Clean (-liness), Time and Light.

To me, the book starts on a high note, maintains the level of excitement for a couple of more chapters but towards the end (Time and Light), I found the discussions to lose the energy and sometimes the point the author was trying to make to be a little abstruse.

But that should not take away any merit from the very interesting and unique way Steves has tried to tie together the tapestry of various inventions.

Did you know that the world renowned glass making island of Murano (we visited in 2015 and got this from there) was a result of protecting public safety? (the glassmakers were banished there)

Did you know the origins of air conditioning included cutting up huge ice pieces from lakes in Massachussetts and then shipping them to the tropics? The invention of air conditioning not only circulated air molecules, it circulated people too! Hitherto barren lands – now called Texas, Florida and California rapidly saw people move there due to the tolerable temperatures that could be created inside. Florida went from less than a million people in 1920s to the Top 4 populous state in under 50 years!

This has had a very interesting effect – on Presidential Elections!! The redistributing of electoral colleges that air conditioning effected decisively moved election attention to the Sun Belt.

The ability to recreate sound quickly gave rise to the radio and then jazz. The author asserts that jazz – which created overnight celebrities (mostly Africa-Americans) led to a profound breakthrough – for the first time, white America welcomed African-American culture into its living room. Eventually paving the path to the birth of the civil rights movement.

In another interesting example, the author traces how a dangerous and unauthorized experiment with chlorine (lime) released into a New Jersey water tank proved the thesis a John Seale had – chlorine disinfects water of its contamination – and how that eventually led to people taking daily showers (a rather modern less-than-100-year practice in the USA). Which then led water to be used for as social entertainment – the swimming pool – which then led women to shed multiple layers of clothing that was the common practice to exposing almost all skin in public in a very short period of time!!

One interesting point in the book – while we remember a person for an invention (Edison for light bulb, as an example), it is rarely one person who actually invents anything. (In fact, Edison did not invent the lightbulb but that is a story for another day). All inventions are fundamentally built on work (and other inventions) done by others and sometimes within a small period of time, multiple people invent the same thing. The time and forces of nature are just right at that point. 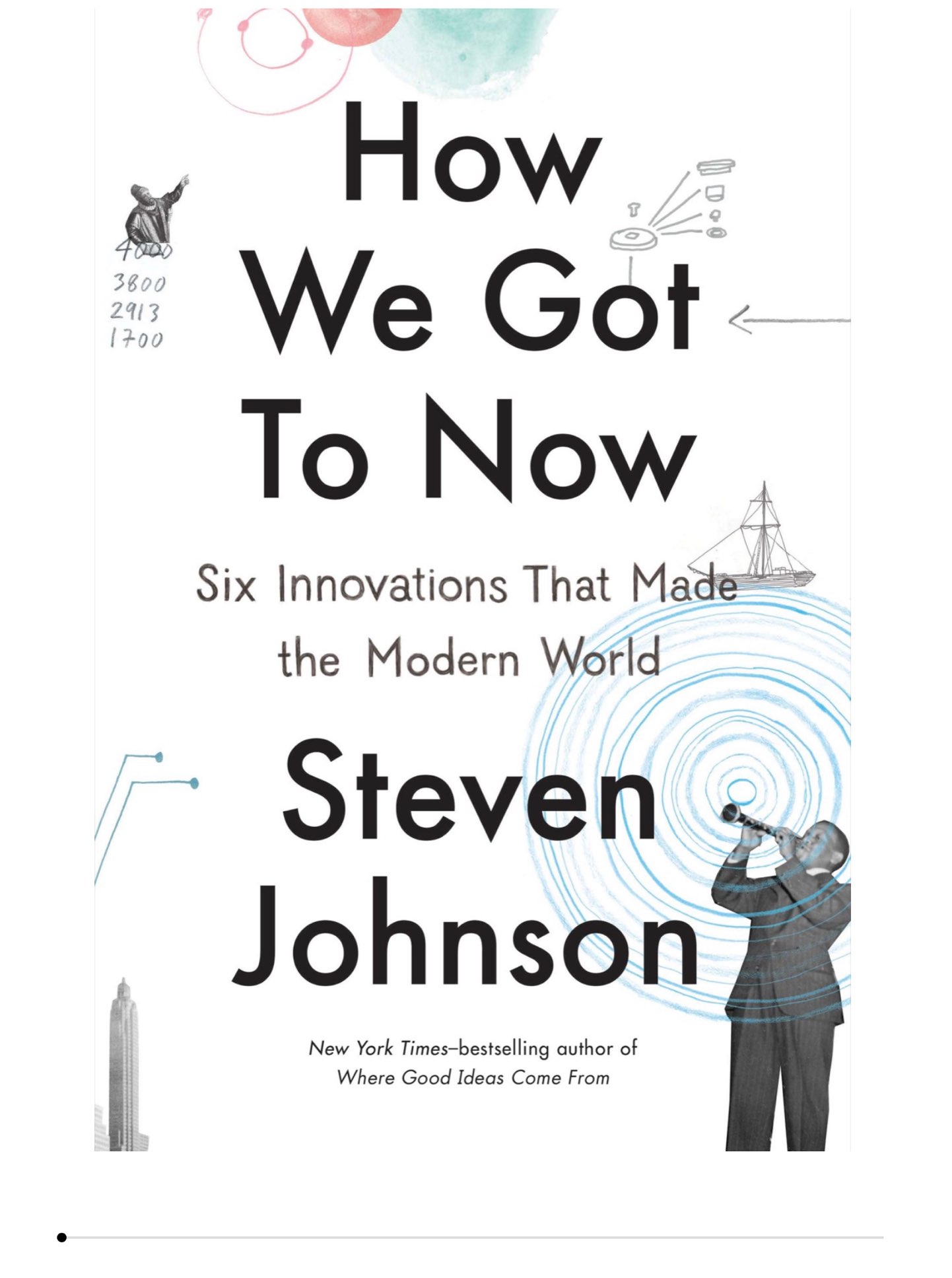