Work went a little late and by the time I wrapped up dinner it was nearly 9 PM. The sharp cold in Atlanta has somewhat abated. It was a good day to sit around a fire. Which is what Sharmila and I did.

After some time, we heard a familiar meow. I say familiar because yesterday, we had a cat show up at our door. Natasha had tended to it while I tried to find out from the neighbors if any were short of cat count by one. (None were). The cat would not come indoors. So, Natasha left food, water and a cozy bed in the garage and settled it there. The garage door had to be kept open. Everytime she tried closing it, the cat would dart out.

In a few hours, the cat was gone! This morning, got a call from somebody about a mile away that it is their cat (I had posted a picture in the local bulletin) and that it is not exactly lost. It is an outside cat, does not like to come indoors and will generally hang around for some time and then leave.

Well, that cat was back!! Now, I am not big into cats – in fact, I get an allergy attack (in the eyes mainly) if a cat comes too close to me. But Natasha loves them. Well, a quick call later, all five us settled down by the fire. The cat would not leave Natasha! Interestingly, it came to make friends with the dog. The dog just simply ignored it!! (And they say it is a spaniel and terrier mix! My left foot, it is!).

After about a couple of hours, Natasha went inside. The cat, on a cue, left our property. I waited for the embers to simmer down and then came inside myself. 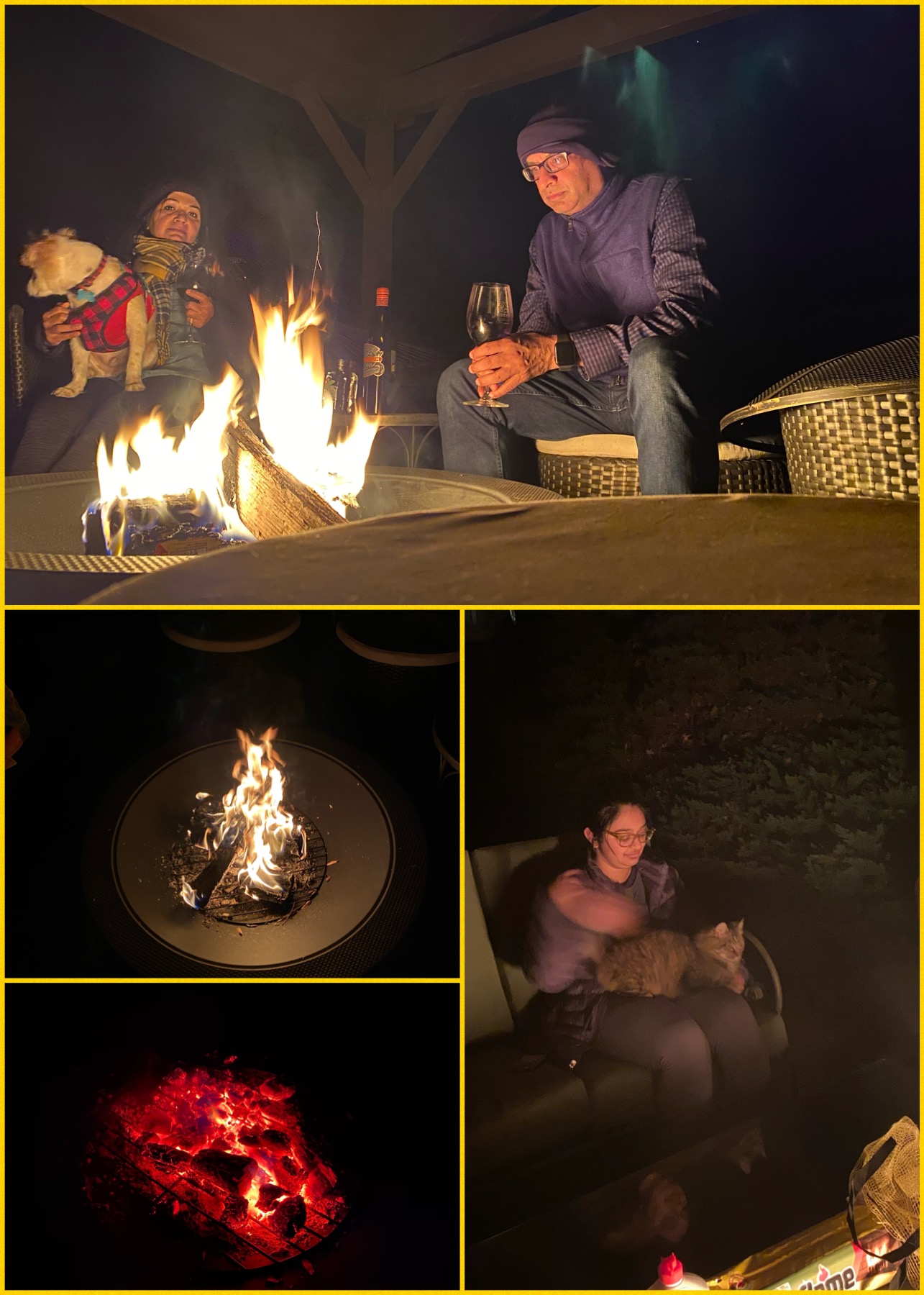 Posted December 10, 2020 by Rajib Roy in category "My Family