Spending some time with a legend from my high school

Seven years back, Prabasaj-da had surprised me by walking up to me at the local Durga Puja and asking me if I was Rajib Roy. Prior to that, I had last seen Prabasaj-da in Narendrapur, way back in 1984. He was an year senior to me in high school and that is when he had left our residential school campus.

My blog site reminded me of that meeting a couple of days back and that led me to reach out to Prabasaj-da and set up the meeting today. It is a pity that I waited for such a long time. He was a legend in academics in school. But what had impressed me always was his independence in thinking. From deciding not to go for engineering or medical sciences (which is what just about everybody did those days – certainly the ones who laid any claim to fame in academic prowess) to the subsequent life journey that has taken him from Utah to Cameroon (he volunteered for the Peace Corps to teach Physics in a very small school there) to moving from Physics to Epidemiology sure makes for a fascinating story.

He came to our agreed upon coffee place riding in his bicycle that he has had from 1992!! His other bike apparently had to be paid as ransom so that they could go free from a village in the marshy lands of Darien Gap (in the border of Panama and Colombia). He and a friend of his were riding thru Central America in their bikes and you can read up about Darien Gap to realize how scary it is.

After enquiring about our common friends and teachers, most of my questions for Prabasaj-da was around the pivotal learning moments in his multi faceted life. We talked about why being an SME (Subject Matter Expertise) is something we should be afraid of and why our tendency to model any problem in the constructs of the one field we are experts of is fundamentally a flawed one.

The conversations also included why icebergs are in an unstable state (got to do with the center of buoyancy and center of gravity) or rather metastable state. One famous line from Prabasaj-da – “Reality is for people who cannot deal with animation”!

Since he is in CDC now, of course, we touched upon the topic of Covid – but more from mathematical and statistical modeling point of view. In a conversation reminiscent of what Madhav had once explained to me, Prabasaj-da explained how when the large pharma companies try to model where the highest concentrations of Covid is likely to be (so they can do A-B tests) – that knowledge of the model output itself changes behaviors of the the population (taking more precautions) that render the model invalid!! Madhav had explained this as the challenge in forecasting variables that are endogenous to the system.

I had the time of my life! We agreed to get Sharmila, Kathleen and ourselves together soon in the next few weeks!! 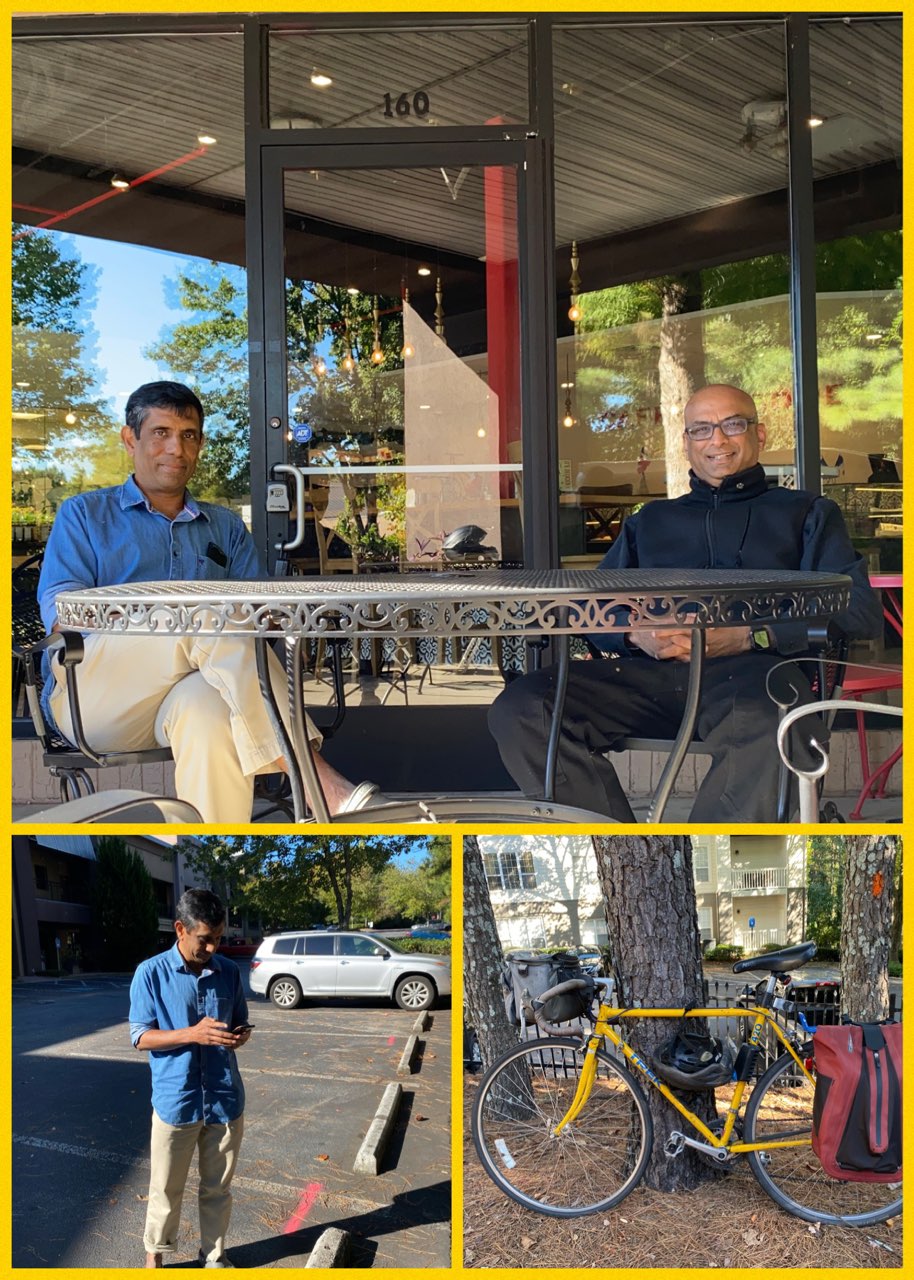