Book Review: Why zebras do not get ulcers

This book took me a lot of time to finish. It is a fairly dense book and filled with too many medical terms that made me slow down to get the full impact. Even then, I suspect I caught only some of the major points.

The author – a neuroendocrinologist from Stanford University – tries to explain how stress messes up pretty much every system we have in our body. The funny title of the book is to highlight the point that humans are the only animals that get stressed about what MIGHT happen in the future.

There are about twenty odd chapters. Each chapter has essentially two parts. The first part explains how a system works – circulatory, nervous, sensory, reproductive etc etc. I found these portions fascinating since it helped me understand a little more about how our body works. The second part of each chapter focuses on how stress – or rather the specific hormone “glucocorticoids” plays havoc with the systems when over produced OVER A LONGER PERIOD OF TIME. I do not believe I could concentrate as much in these portions to follow everything.

Here are some interesting snippets…

1. For the vast majority of beasts on this planet, stress is about a short term crisis, after which it’s either over with or you’re over with. Not so for humans.

2. The diseases that plague us now are ones of slow accumulation of damage – heart disease, cancer, cerebrovascular diseases etc…

3. Our stress response system gets mobilized not only in response to actual stress but in expectations of them too.

4. A funny quote – The sympathetic nervous system mediates the four F’s of behavior – flight, fight, fright and sex. (Get it? 🙂 )

5. No cell in your body is more than five cells away from a blood vessel – yet the circulatory system takes up only 3 percent of body mass.

6. Only vertebrates gain acquired immunity as they grow up. Invertebrates do not. It is not exactly known why this is so.

7. Being under stress does make you more susceptible to cold

8. During stress, memory for emotional components is enhanced (although the accuracy is not necessarily all that good), whereas memory for the neutral details is not.

9. If you test young and old people and give them lots of time to complete an IQ test, there is little difference. As you stress the system – in this case, by making the subjects race against a time limit – scores fall for all ages, but much further among older people.

10. Genes are rarely about inevitability in humans. It is more about propensity and tendency.

I enjoyed the book. Hope you will too! 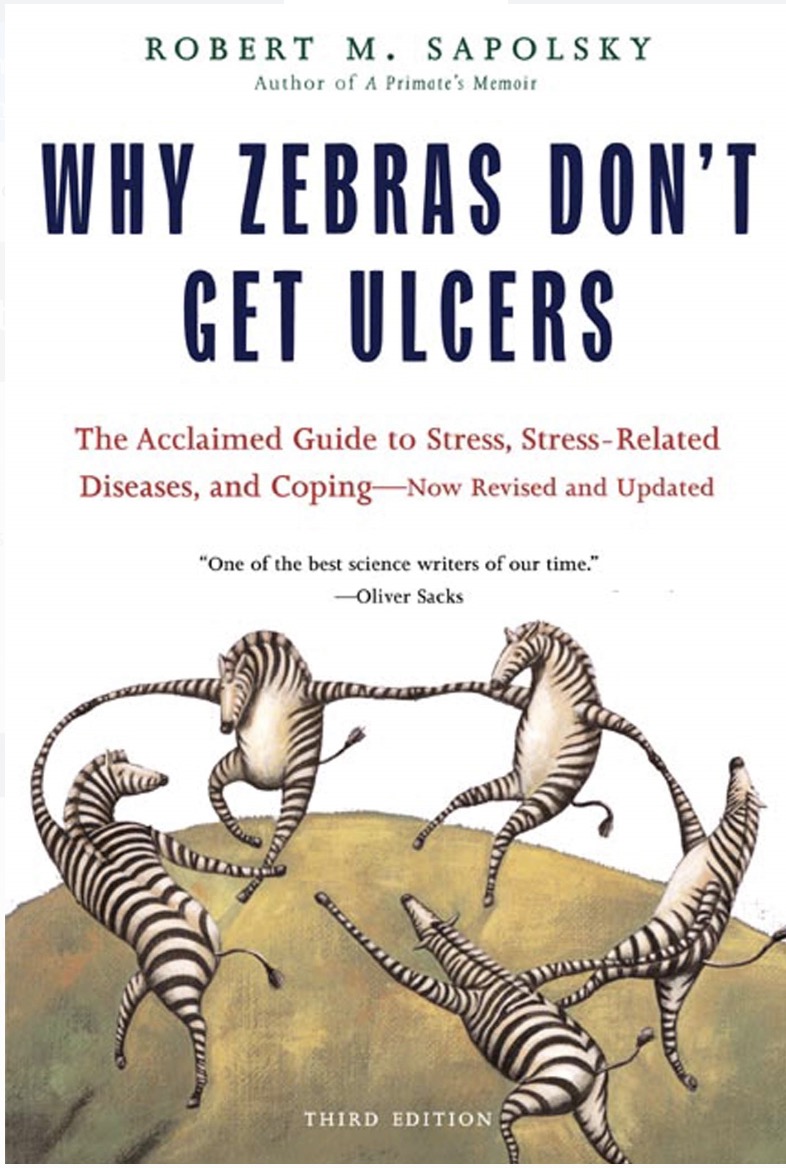