Of the various aspects of flying every week that I miss, the topmost must be making new friends. I probably have made more friends on the road – at airports, hotels, restaurants – than by any other means. It has been a great experience even keeping up with them (I send FB requests to many of them – some of them make the mistake of accepting).

Now that I am not flying any more… I am having to adapt. Truth is I do not meet that many strangers any more. However, I am getting a few opportunities in the open areas where Sharmila and I go for late evening drinks. The most fascinating friends was a small kid call Dylan who played soccer with me in the Halcyon mall open area. I have not seen him ever since.

Today, we made friends with the Sylvesters. They were sitting in the adirondack chairs in Alpharetta downtown next to where Sharmila and I usually sit. It started with if we were comfortable they sitting down at the next set of chairs. From there we discussed beers – they were having Shiner Bock and we found the common connection in Texas (their son and Tom’s dad is in Texas and of course, both my daughters were born there) to Turkey (where Tom spent a few of his early years – his dad was in General Dynamics). Nikita, our younger one, went to a private school run by mostly Turkish teachers and actually learnt Turkish for a year.

Silvania is from Brazil – and that of course got us started about my experiences in Brazil including the crazy crowded city of Sao Paolo (where she is from). I thought Silvania Sylvester was a nice alliterating name. Found out that her middle name (dad’s name) is Silvi !!

We hope to run into them again. This time I need to talk about soccer!! 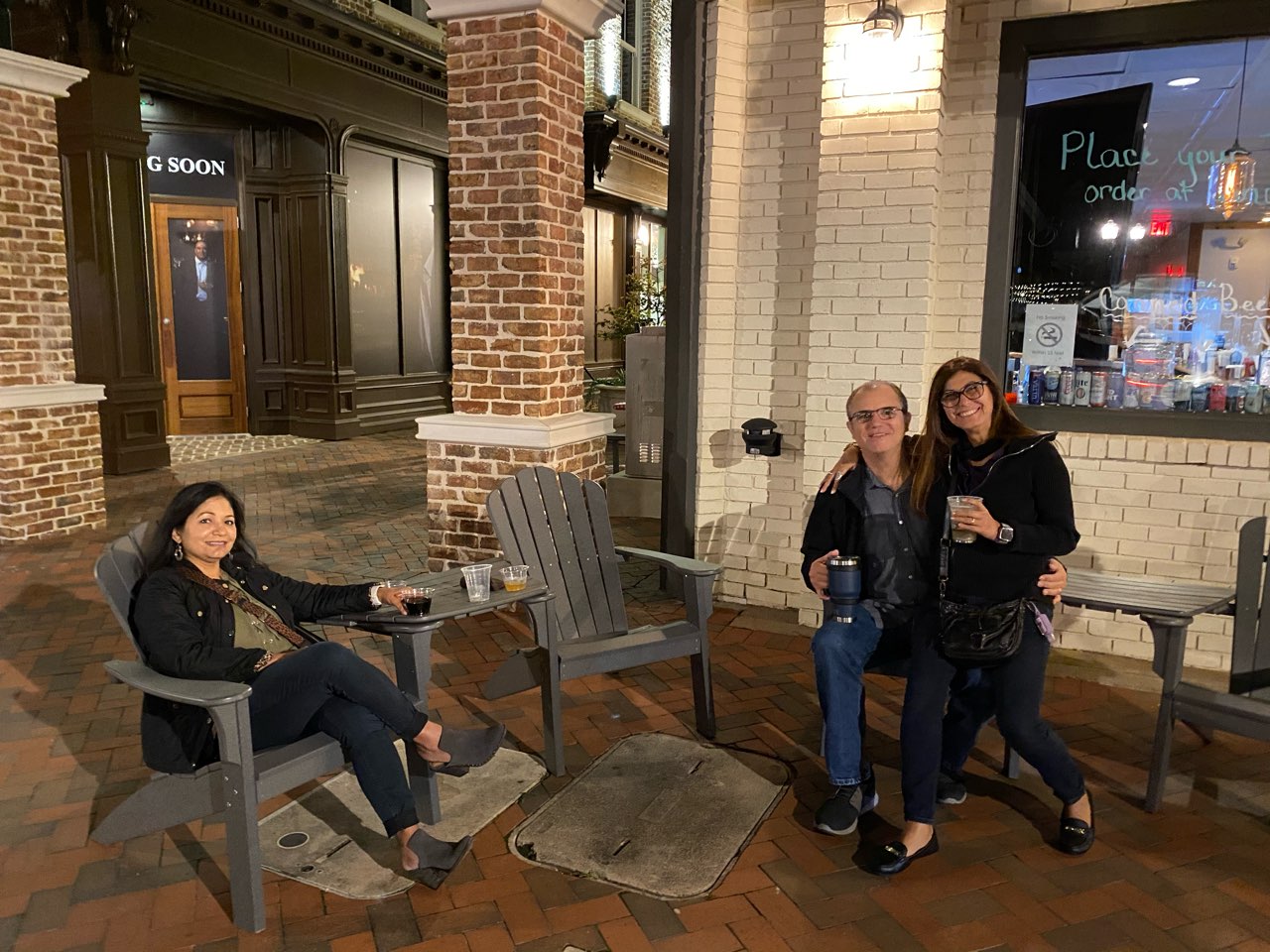