This started in 1983. August of 1983 to be precise. My first letter that I wrote to my best friend – Avijit Bose. I had moved to a residential school for my last two years of High School and he had stayed back in our home town of Durgapur.

If you notice the picture very carefully and zoom in, you will notice that both of us are writing with fountain pens. In fact, that is how the whole thing got a restart. Early July, Avijit had posted in Facebook about the three new fountain pens he had bought. I had suggested that it might be a good reason to get back to our practice from thirty seven years back.

So, towards the end of July, I wrote a hand written letter (you see the picture) to Avijit. Admittedly, thirty seven years back, I did not have a glass of martini next to me. That letter took three weeks to reach him in Australia. Fortunately, his response took only two weeks to reach me. Those days, he did not have an iPhone to take a selfie that would make him look like a southpaw either 🙂

So, why this rigmarole of communicating in a way that takes multiple weeks to reach (and daily checking on Whatsapp if it has reached 🙂 )?

Because tradition is not the worship of ashes… it is the preservation of fire! 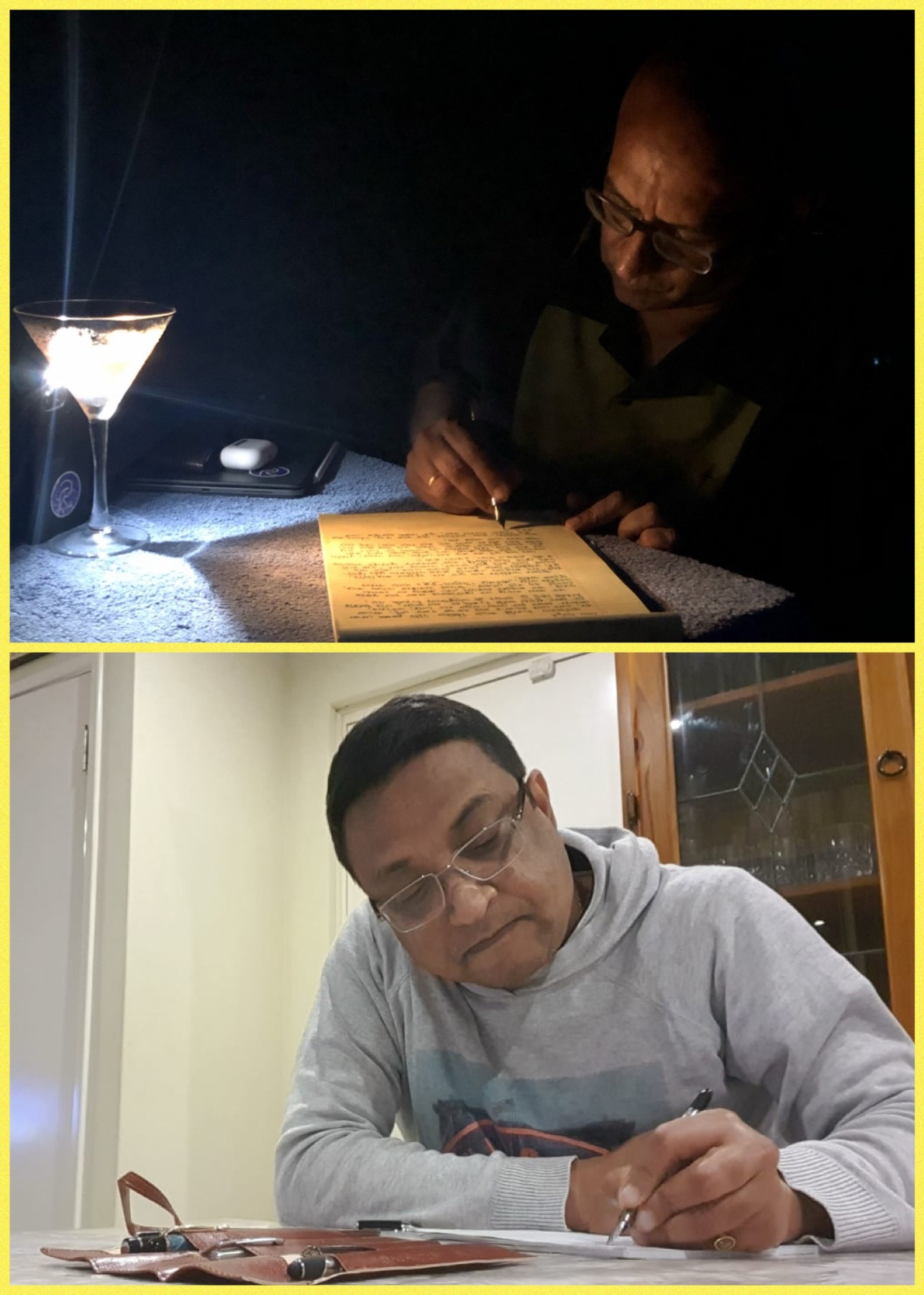