The tale of a citronella lamp

This very lamp has witnessed so many different memories at this table. Six years back, it was witness to many a glass of wine imbibed by father-in-law and son-in-law. Sometimes talking about general precepts of life, sometimes specific aspects like his grandson in Kharagpur or the time he was a guard in a train (that was his career for some time).

The lamp has witnessed many an expostulation from the mother-in-law on the short hop from a sip of wine to full blown “matlaami” (drunkenness) and many a short shrift given to those aforementioned arguments by the father in law – no doubt deriving confidence from the fact that we were two versus one. Three, if you count the time the drunken daughter of theirs would also trudge by.

Two years back, on this day – Aug the 23rd – one lamp was put out. For ever. I was in Chicago. Sharmila was driving Nikita to school. We got the news that my father in law was no more.

His is a life to be celebrated. What I feel most happy about is that I got to see him every three months for nearly a decade. Those long trips to India and then the drive from Kalyani to Durgapur… it was all worth it. In fact, the best thing was to convince them to visit us in 2014 – when even Sharmila was not sure. Over a few glasses of wine in Peerless Inn, no less!

If I were to pick three men I would want to be like most (that are at least 40 years old) – undoubtedly, they would be my brother, first, my father in law second (and a Mr. Dubey, third – of whom, I have not written enough). All three of them share a few admirable qualities that admittedly I do not have. First, the ability to keep calm and not be judgmental under pressure. Second is to offer opinion only when asked. Third is to prioritize others’ needs over you own.

I remember even asking him about these things one night sitting by this same lamp. He shooed me away saying – “With age, you will get what you are looking for”.

Sitting outside by the pool this evening, the lamp and I – we miss him.

Seeing what my dad is going thru, I feel happy for him that his departure was a relatively painless one. But I miss his presence.

Sometimes. life is all about not saying anything and just quietly enjoying a glass of drink together.

Wherever you are today, Mr. Ghose, I raise one for you this evening.

Wish you were here.

But I am glad you were here as long as you could. 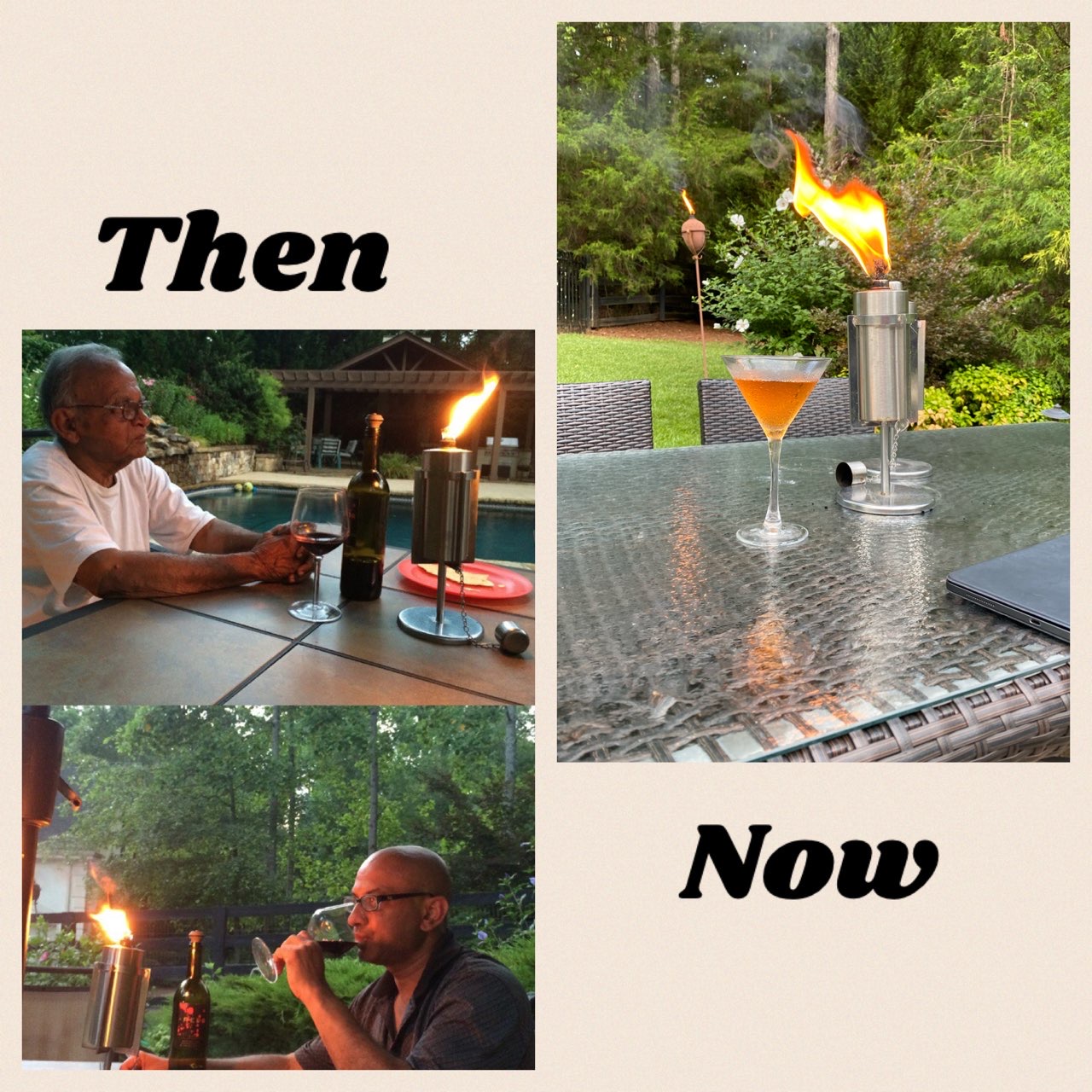