How Covid created an Intersection Point!

For the last six months, I have been working from Roam – a shared workspace kind of business. My usual routine is to sit down at a socially distanced table and get on to those unending video calls. Whenever it is a phone call, I get up and start walking around while being on the call to get some exercise.

Yesterday, I was on an hour long call with Anand Iyer and was pacing up and down outside the building when I thought it was getting too hot for me. So, I stepped in while being on the call and simply proceeded to walk inside the premises where it was comfortably air conditioned.

Usually I avoid the areas where the tables are so as to not disturb others while I am talking. Suddenly, a gentleman – I have seen him in Roam very regularly and later found out that his name is Jesper – flagged me down. I was half sure he was going to complain that I was being too loud. I could see he was on a video call – there was somebody on the other end of the camera on his laptop screen.

I excused myself from Anand and pulled my Airpods out, ready to apologize. Somewhat surprisingly, Jasper just pointed his finger to his screen. I realized that he wanted me to take a closer look at the screen. Which is what I did. And what do you know? That gentleman on his video screen was our good old Ian Goldberg!!!

That was one heck of a coincidence. Ian and I met last year in the context of an opportunity in our company. Eventually he went a different way. But we are part of the same family of companies owned by the same investment firm.

Apparently, when I was strolling around on the call, I walked behind Jasper and Ian could see me in his screen and immediately pointed out that he knew me! I am sure Jasper was as surprised as I was!!

Good news – I got to get to know Jasper and his company (they do some cool IoT stuff) and of course, now Ian and I have a crazy story to tell everybody!!

Something good did come out of all of us cooped up in our small tables on video calls – thanks to this virus!! 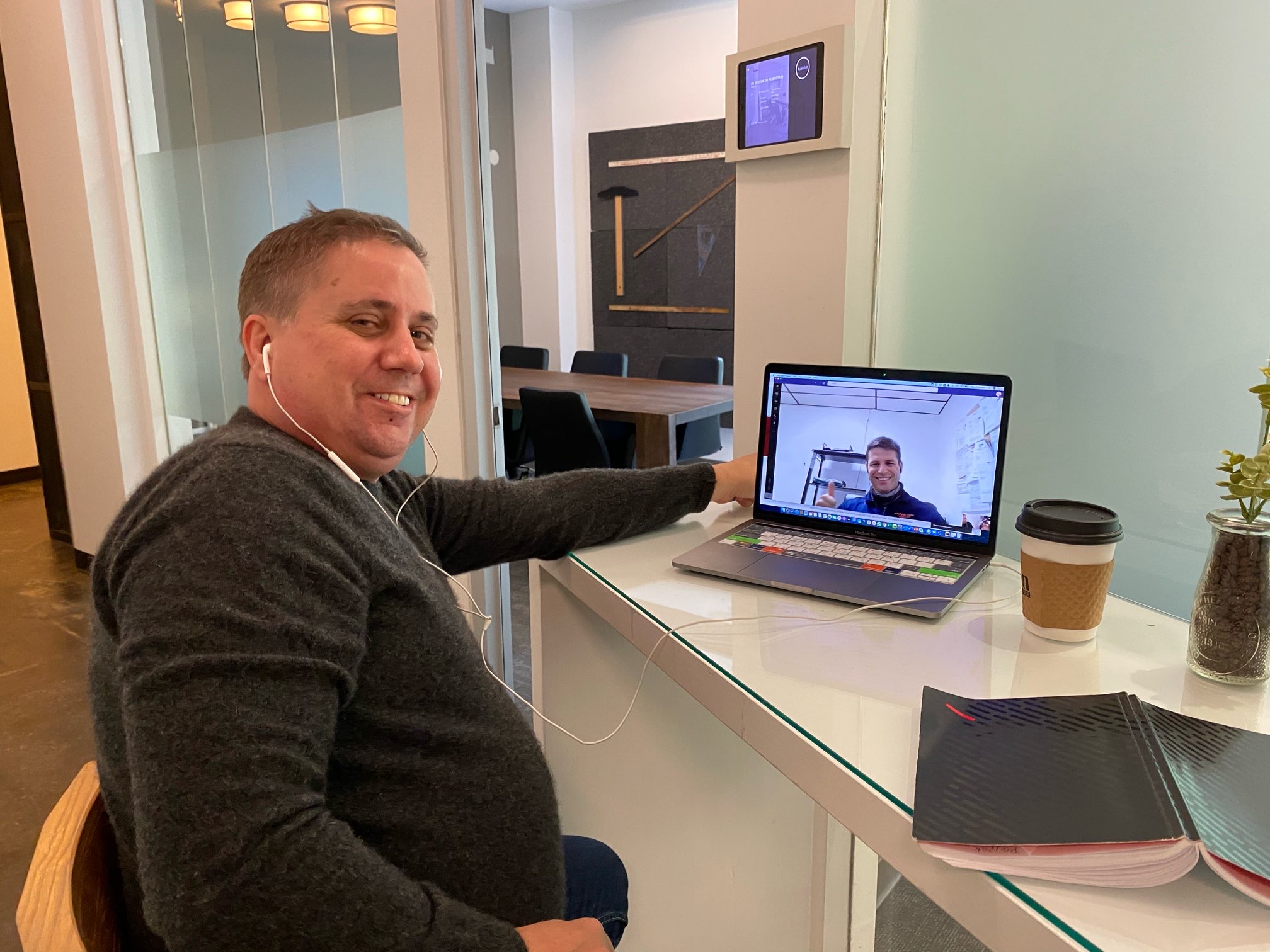