This is why we should always smile

For many many years now, getting on a flight every quarter to see my dad has become as natural a habit for me as waking up and brushing my teeth. And in the interim 85 days or so, it is daily calls to mom to keep up with his health.

If my brother or sister calls any day in between, usually that is panic time. Such a call happened last week. It was early in the morning. I was sitting by myself having tea inside our house. Everybody was asleep. My brother called thru Whatsapp and I canceled it. He knows I will call back.

Took a few minutes to steel myself for potential bad news and then stepped out to call up India. (Did not want to wake up the sleeping Roys).

The news was not terribly bad but not very good. It appeared that dad fell down again. Has lost all ability to put any pressure on his right knee. Worse, he has not been talking. He is looking at everybody but not responding verbally.

My first instinct was that he has had yet another stroke. My brother rushed from Kolkata. A few of my school friends (thank you Debasis and Ansuman) were on the phone and to make a long story short, it appears that in all likelihood, he has had another stroke (albeit a smaller one than 2017).

I do not believe I will be able to visit India for at least another 6-9 months. So, last night, I had my brother set up Whatsapp video call so I could try to interact with my dad.

He is recognizing my brother but has no recollection of me. We asked him in many ways – “Who is this?” and “What is your elder son’s name” and “Who lives in America?”

Like the first picture shows, he would just listlessly look and then you could see visually that his brain was trying to compute something. But eventually, he would would give up and that is when he would put his head down (see second picture). That was our hint that his neurons and dendrons did not connect.

“Bachchu ke?” (Who is Bachchu – that being how he calls me)

Again about a minute’s struggle and then he put his head down.

When our call was coming to an end, I tried a last shot to see if he could associate thru events if not by person.

“Wheelchair-e beratey jaabey?” (Do you want to go for a stroll in your wheelchair?). As a background, most of you who follow my posts probably will recollect that every time I go to India, I insist on taking the wheelchair out and take him for a ride the couple of evenings that I stay there.

We could see that he had heard the question and was trying to compute with the frown on his face. After about 20 seconds, he had the best reaction we could have hoped for – he smiled! For the first time!!

Everybody else started laughing over the phone. Not sure whether he remembered me or remembered the wheelchair – something sure turned in his grey matter that was familiar domain to him!

Regardless of what he remembered, that is one beautiful picture of him – when he smiles.

And that is why we should always smile. It puts our inner beauty forward notwithstanding the situation… 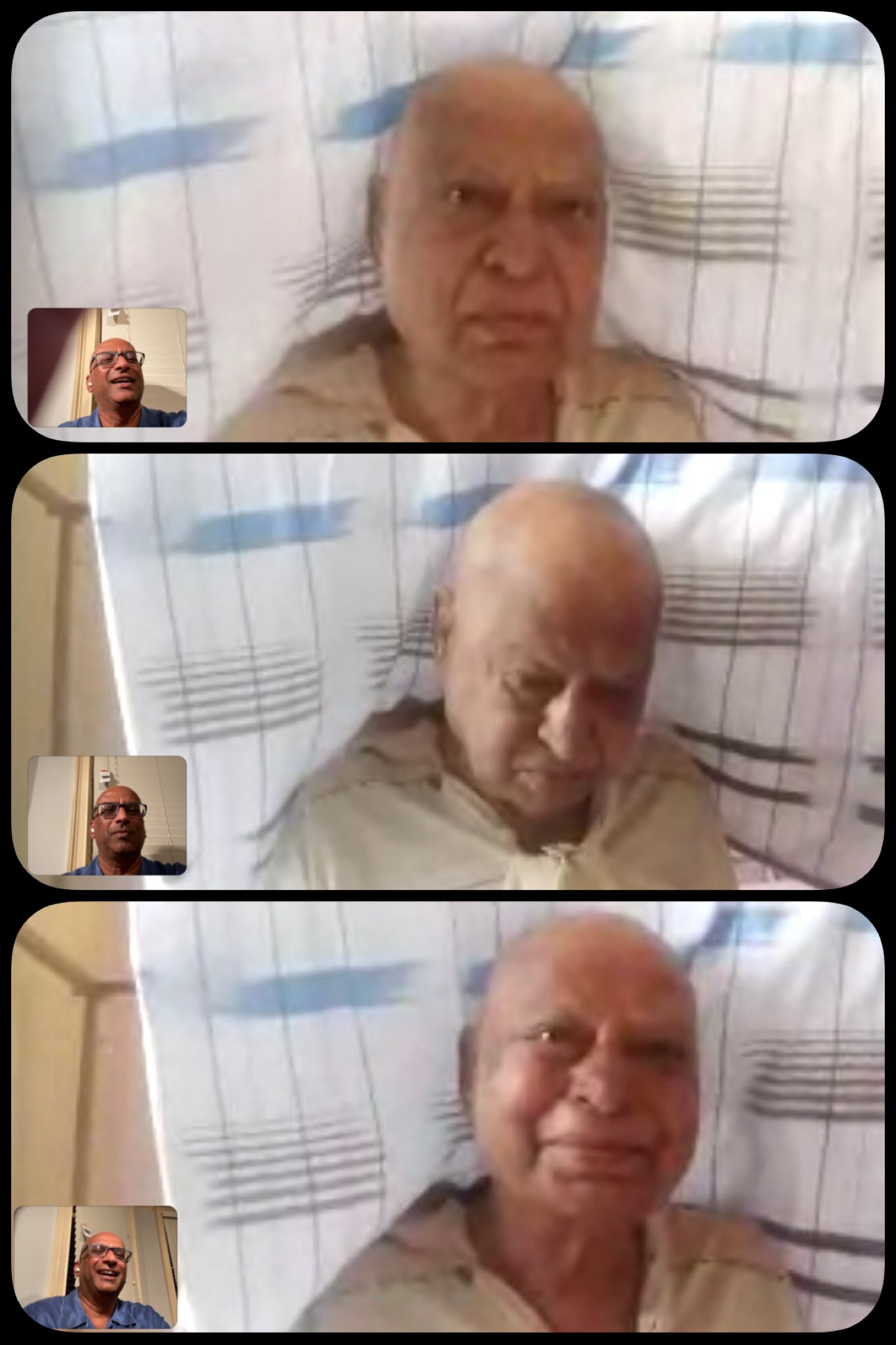