What I learnt from an 83 year old

This Sunday, I was running in my trail – feeling rather pleased that I was coming up on the 3.5 mile marker (since that would mean I would be forced to complete a 7 mile run), when I passed somebody that at first glance looked like a very elderly gentleman shuffling along. What actually caught my eye was the back of his T-shirt. It read “Pain is Weakness Leaving the Body”.

As I went past him, I kept thinking of that saying. I was wondering where he got the T-Shirt from. I also had noticed as I passed him that he did not have any mask with him – and he was fairly elderly. I was thinking that he should take more precaution.

On my way back, I saw him coming towards me again. He clearly did not have a mask with him. So, I stepped on the other side of the trail path – giving him a clear 10 feet of social distancing – and said:

“Excuse me. I saw the writing on your T-shirt. I loved it. Can I take a picture of it?”
“You want to know how I got it?”, he asked – decidedly much friendlier than I was expecting.

Fifteen minutes later, I was able to construct a fascinating story of this gentleman. Apparently, he moved to Georgia sometime back and lost his wife twelve years back. One day, he saw an ad from the Marines that if anybody came and did some pull ups (that they stipulated) successfully, they could earn a T-shirt. Not knowing anything better, he made a beeline for the camp. He implied that he did not make it all the way to all the pull ups (he was pushing way over 70 years, for sure). But he got the T-shirt anyways. Sure enough, the front of the T-shirt had the familiar “Marines” insignia.

What I could not figure out from his sunburnt face and well kept beard was given away by a couple of distinct accents.

Turns out Mr. Aurora studied in UK. Worked in UK and Germany. Was recruited by Ford and immigrated to Michigan for 18 years. Eventually, moved to Georgia where is wife’s niece lives.

He walks in the trail – anywhere between 4 to 14 miles at a 4 mile per hour pace he told me. His starting point is on the other end from where I start. He admitted his memory is fading – could not remember some of the road names and gym names he used to go to but was certainly not lacking in willingness to duke it out physically.

I marveled at the fact that there is my dad – another 83 year old – he cannot get out of his bed and I go to see him every three months – and here is somebody – of the same age – merrily walking mile after mile – without any worry of the pandemic going around us.

We promised to stay in touch and talk more. (In fact, he already followed up yesterday).

“Before I let you go sir, what gives you the drive to stay this active?”

He thought for a while and said “Because every day I wake up is something I know many others don’t. And while we have done a lot of things – we can never create something as beautiful as nature”.

Running back, I kept thinking how true his words were – the simplest things in life – like nature – are so beautiful. Yet, we wrap around ourselves artificial walls. To what end? 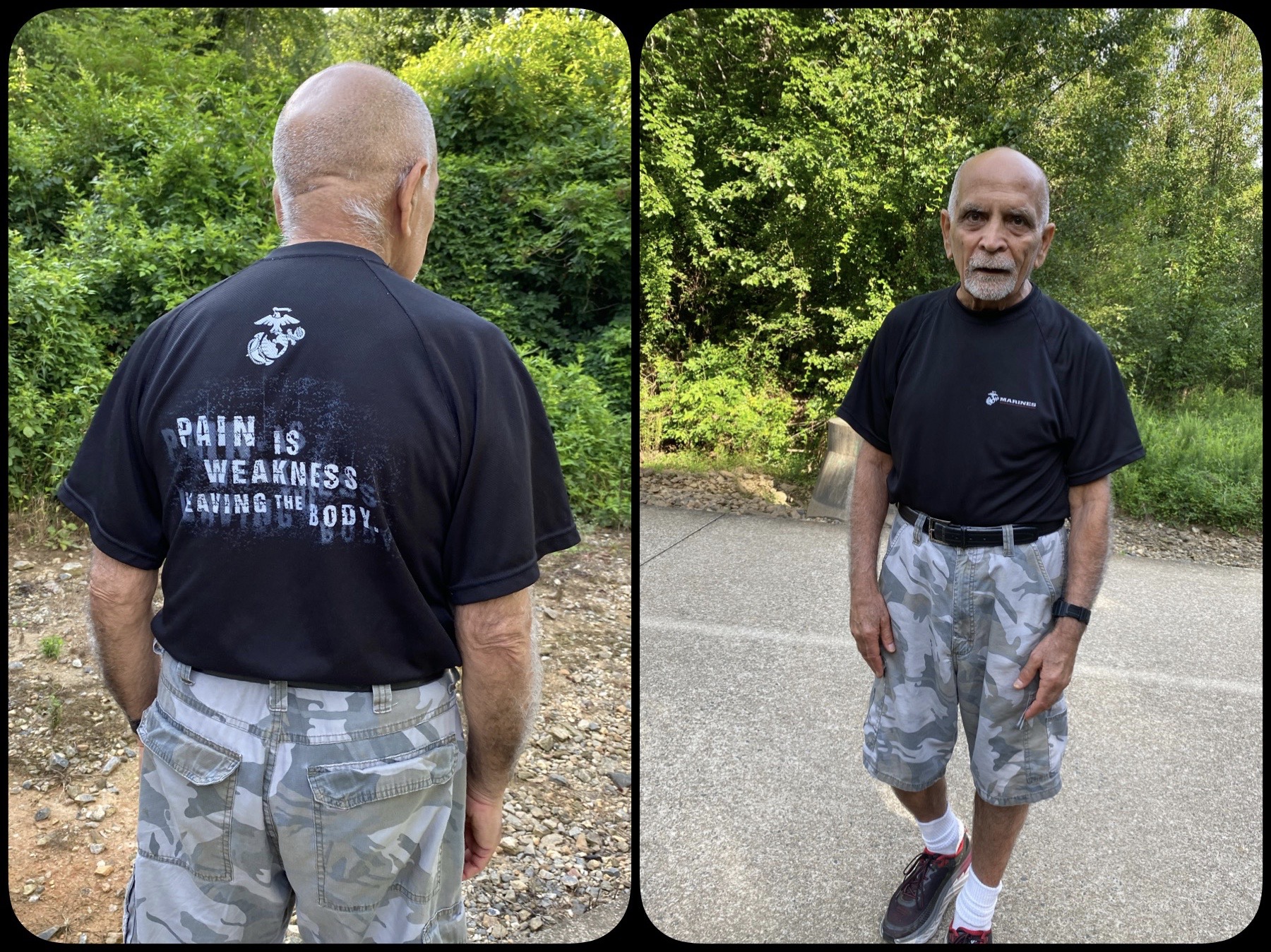