Everything is better on a motorbike

John and I had not gone for a motorbike ride together in a long time. We fixed that problem today with a 100 mile ride. I met John for the first time in Sep 2017. We were in the same motorbike safety class. We bonded well since we were the only two over 50 years old in the class. (The rest were 25 and below). Also, we were the only ones without any visible ink on our skin.

For both of us, it would be the first experience in riding a motorbike. Turns out we bought the same make and model of motorbike (different years). I have stuck to my good old 2017 Honda CTX 700 DCT from the first day I rode it. John, in the meanwhile, has gone thru about four motorbikes, one three wheeler and a scooter. Finally, as of two months back, he has come back to our original model. He has the 2018 version. But as you can see the bikes look near identical. Of course, John being John, his motorbike has been heavily accessorized with all sorts of gizmos and gadgets. Mine is still pretty much the same as it came when we brought it home in Nov, 2017.

It was a great ride together. The feelings that come over you as you cut thru the heavy breeze in the gently winding rural roads of Georgia on a motorbike with a friend in tow cannot be possibly described; only experienced! 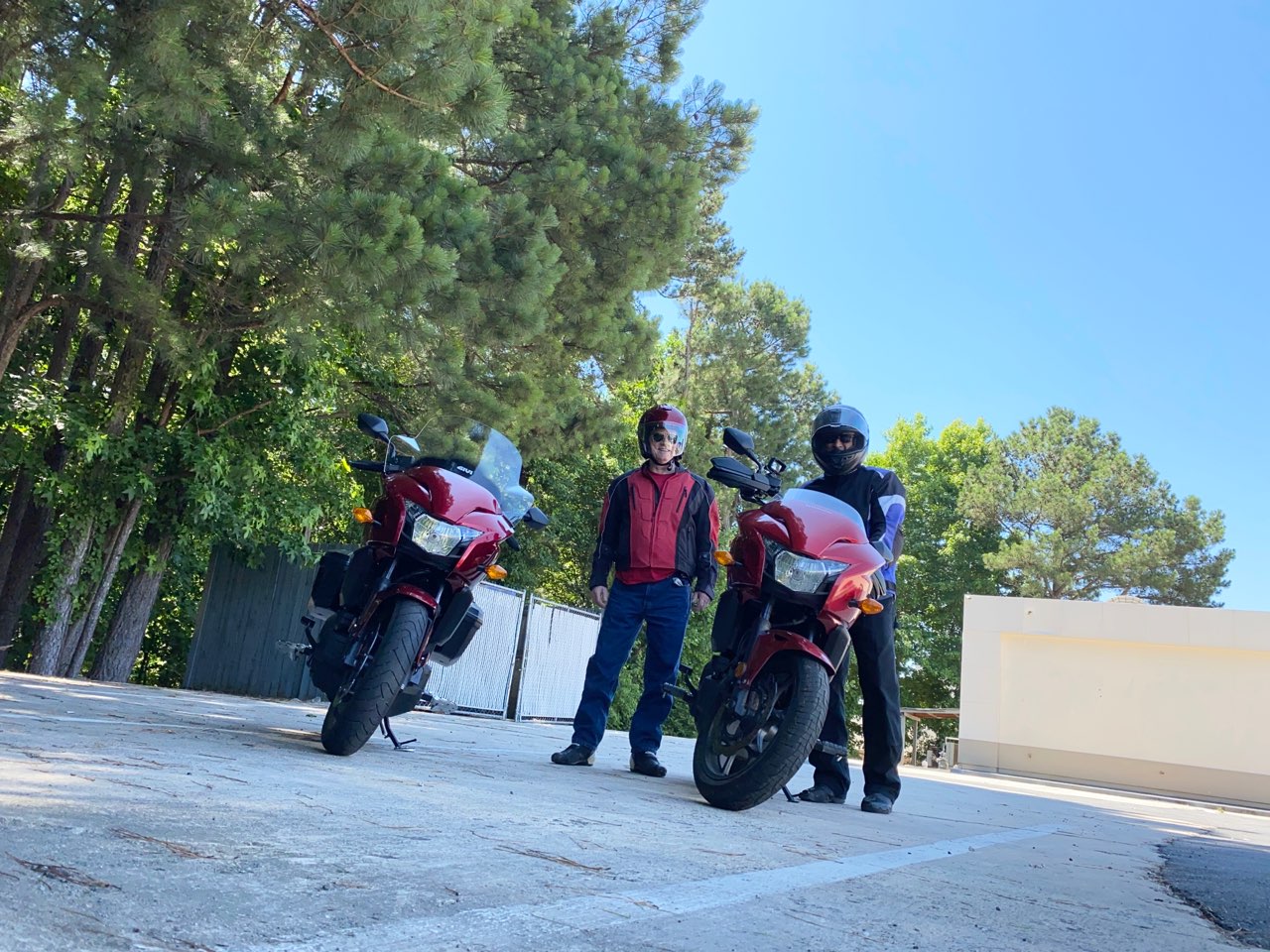